With Sam Mendes having won the top prize at the 72nd DGA Awards, 1917 is back in the saddle as most likely winner of the Best Picture Oscar. The Academy members who’ve been saying “yes, Bong Joon-ho‘s Parasite is a very good film but take it easy” are throwing their hats in the air and popping champagne bottles as we speak.

If Bong had won the DGA trophy I would be hyperventilating and breathing into a paper bag.

Plus 1917 dp Roger Deakins has won the ASC award. 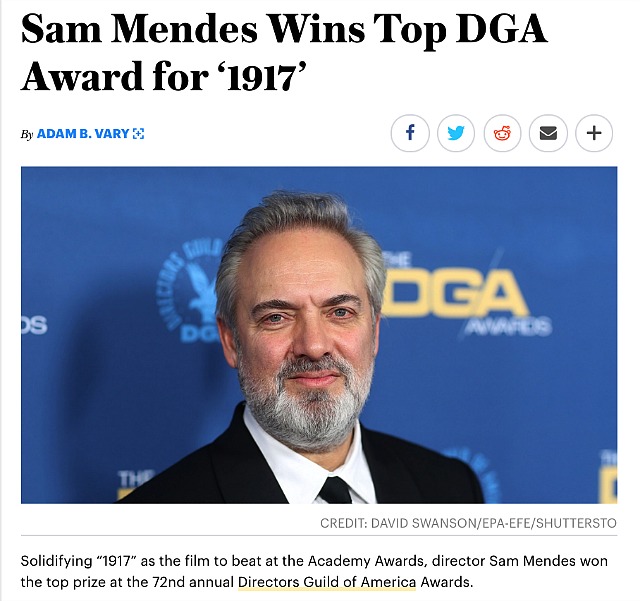 From N.Y. Times account of Lev Parnas-supplied phone video of a chat he and President Trump (along with others) had during April 2018 about the purportedly disloyal Marie L. Yovanovitch, who was then ambassador to Kyiv.

The part you want to listen to starts at the 3:35 mark.

Parnas: “The biggest problem there, I think, where we, where you, need to start is we gotta get rid of the ambassador. She’s basically walking around telling everybody, ‘Wait, he’s gonna get impeached, just wait.’”

Times: “Yovanovitch remained in her job for another year after Mr. Trump’s remarks until she was recalled on the White House’s orders, according to testimony in the impeachment inquiry. It is not clear whether the president changed his mind, forgot about his order or was talked out of dismissing her.”

I sent a draft of “Park City Kool-Aid” to a critic friend earlier today. His response just arrived:

“I think your basic take on the woke critical groupthink here is spot-on. Indiewire is now officially over the edge. It’s not that they’re always wrong; it’s that, as you say, they can no longer be trusted. They’re the Boys and Girls Who Cried Woke.

“I can’t tell you which critics at Sundance haven’t been woke body-snatched. I’m sure that some haven’t been. Variety‘s Peter Debruge is still calling them honestly (he panned the woke-ish Zola, which Eric Kohn loved), and so, I think, is THR‘s David Rooney.

“But yes, the bubble is more hermetic, and more fake, than ever. And it all just helps Trump…” 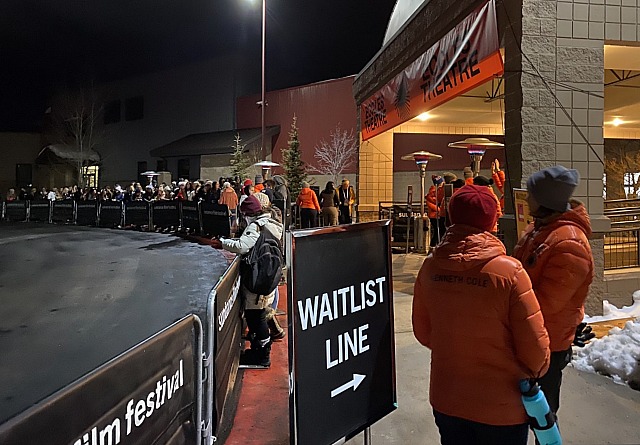 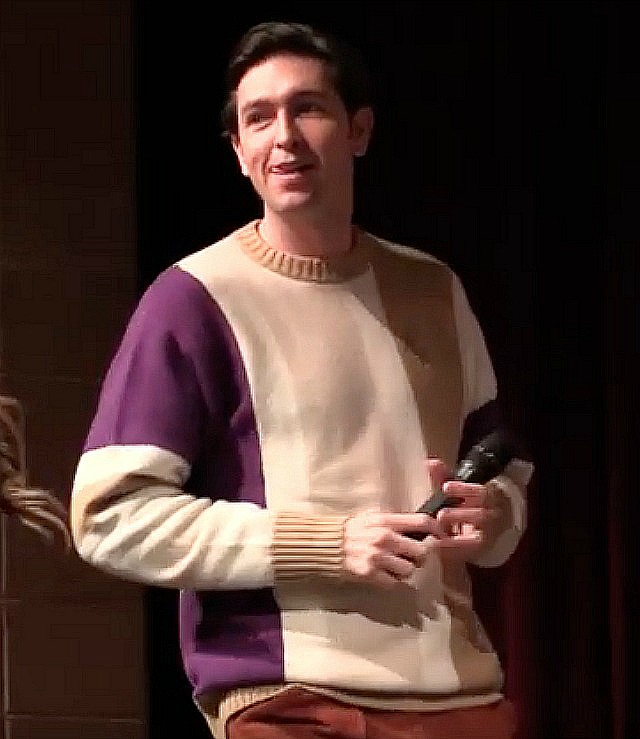 15 Comments
“…And Men Have Lost Their Reason”

Clip from last night’s Real Time with Bill Maher, at the beginning of the panel: “I was watching the impeachment [hearings] all week and thinking what would movies about Trump be called? There are so many titles that come to mind. A Clockwork Orange. Say Anything. Hairspray. From Russia With Love. But honestly? The movie is Julius Caesar. That’s where we are.

“If you remember Roman history, and I’m sure very few people do. But Shakespeare wrote a play about it, there have been movies about it, and before that it was real history. This is the moment in America that Rome faced with Julius Caesar. When the Republic became a dictatorship. I know they’re going to acquit him. But the fact that we had this trial, and there were no witnesses [and no evidence allowed]. And we don’t care about laws any more. Or rules. Or what matters.

“When it goes from ‘nation of laws’ and ‘republic’ to ‘Senate that just goes along” and “might is right’…this is that moment.”

Incidentally: I understand people calling the years of the first decade of the 21st Century (2000 to 2009) as “twothousand-something.” Even I was doing this in the early stages. But over the last decade there’s been no excuse for people not saying “twenty-something”…twenty-ten, twenty-eleven, twenty-twelve. And yet tens of millions persisted with the twothousand. Three or four times I’ve asked when this idiocy will stop. Back in the 20th Century people didn’t refer to the year that the U.S. entered World War I as “onethousand nine-hundred seventeen” — they called it nineteen-seventeen.

Has anyone noticed that all of a sudden everyone is referring to the current year as twenty-twenty? The third 21st Century decade has only begun and all of a sudden the “twothousand” loyalists gave abandoned their post and run for the hills. I haven’t heard a single person say “twothousand-twenty”…not one.