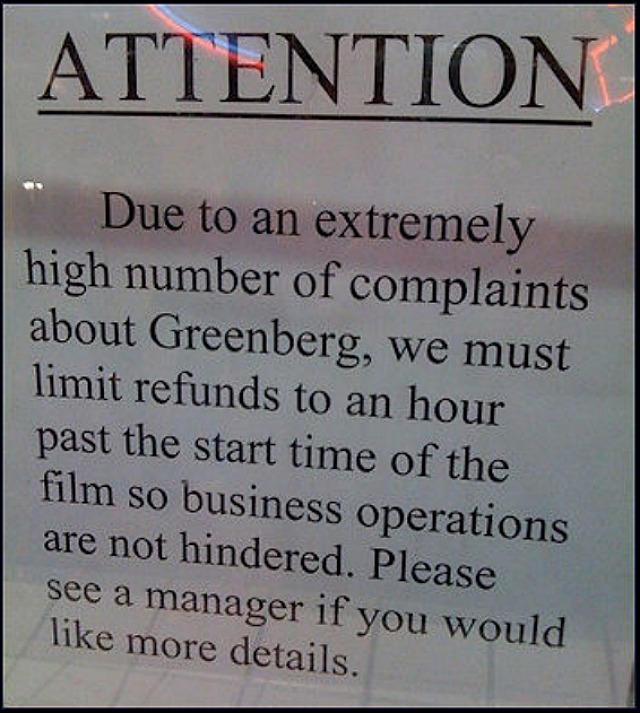 Posted on 4.3.10: I knew when I first saw Greenberg that it obviously wasn’t Night at the Museum, but I figured that the usual indie suspects would discover and support it, and that it might eventually find its way to cult success as one of the finest character-driven, psychologically acute, no-laugh-funny flicks in a long while.