He Who Equivocates (i.e., Smooches Ass)

On 1.14.20 author Stephen King stood up like a man and told the truth about the proper evaluation of excellence and award-worthiness in the realm of motion pictures. What was this brave and fearless statement? Simply that he “would never consider diversity in matters of art. Only quality. It seems to me that to do otherwise would be wrong.”

Have white Academy members voted according to certain biases and blind spots over the years? No shit, Sherlock. I will never forgive those who voted to give the Best Picture Oscar to The Artist, The King’s Speech and Chicago, and that’s regardless of their ancestry, pigmentation or income levels. 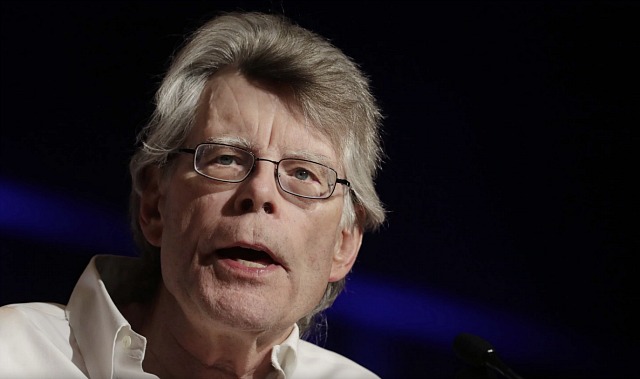 Then again should every older-white-guy Academy member who voted to give the Best Picture Oscar to Moonlight be congratulated for showing an absence of these biases and blind spots? Well, not necessarily because in that case a lot of whiteys wanted to counter-balance the #OscarsSoWhite thing, and figured a Moonlight win would partially get them off the hook.

But in a neutrally just and fair world nobody should vote for anything because of guilt or out of some kind of subconscious need to make political amends. They should vote for a Best Picture contender or nominee because it happens to be, by the yardstick of the Movie Godz, an excellent film. Period.

As in the case of Steve McQueen‘s 12 Years A Slave, which I instantly recognized as a world-class effort when I saw it in Telluride on 8.30.13. Or in the case of those who lazily or carelessly voted for Argo or the History Channel-ish Lincoln instead of the far more vital and envelope-pushing Zero Dark Thirty or Silver Linings Playbook.

King spoke truth to Twitter power when he said that “only quality” should matter — a statement King now says he “mistakenly thought was noncontroversial.” For his sins he was taken out to the Twitter woodshed and lashed with a strap of leather. He’s still carrying a few crimson welts, still bent over a bit.

With the memory of that punishment in his mind, King doubled-down today with another mea culpa — a Washington Post opinion piece titled “The Oscars Are Still Rigged In Favor of White People.”

Which they are. Changes have obviously been instituted (i.e., “the New Academy Kidz”) but the proportion of white vs. POC Academy members remains unfair and disproportionate, especially if you compare actual numbers and percentage charts in the matter of the Hollywood workforce. Or so I gather.

But as unfair and lopsided as things still are (no one’s disputing the statistics or denying that the playing field has to be further levelled), this shouldn’t enable or give license to Academy members to vote for a slightly-less-good film because it was made by the right people and/or the right reasons, or vote for a slightly-less-riveting performance because the right actor performed it. When the choices are put before you, you’re obliged to vote for the best.

I know it’s a terrible thing to say in the present context, but King was more accurate than not the first time.