Plus I have a thing for docs about storied 20th Century photographers. I was transported, for example, by Richard Avedon: Darkness and Light (’95), an American Masters special.

How does Severi’s doc compare with the Avedon? They’re both quality-grade biopics — comprehensive, intriguing, probing, to some extent intimate. And Severi has edited his admiring portrait with discipline and precision. He holds your attention. 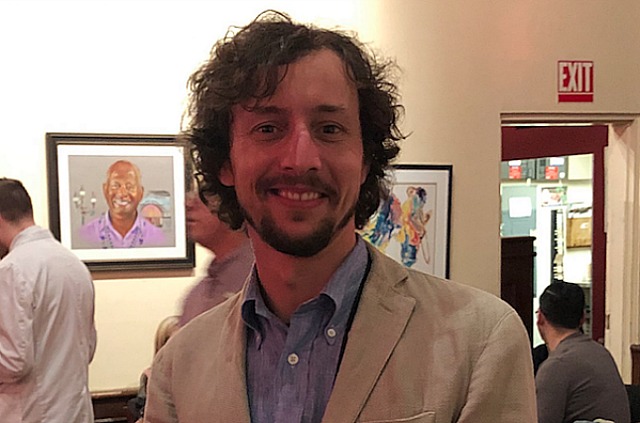 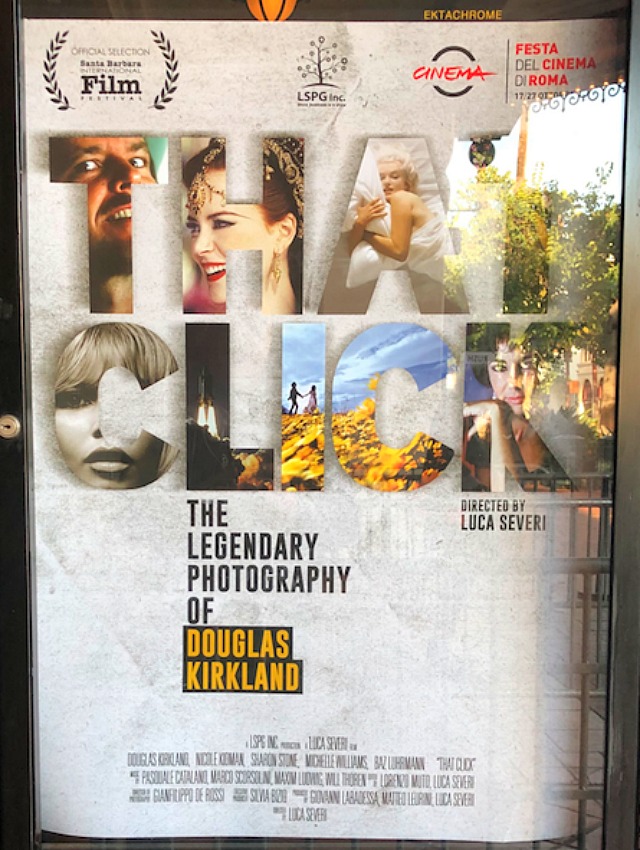 The difference is that the Avedon doc is a bit more focused on quirks, problems and peculiarities while That Click is more or less content to dazzle and delight while persuading viewers what a genius Kirkland was and still is. It’s a cinematic counterpart to his glammy photographs of the rich and famous — visually sleek and alluring, but conveying only a marginal interest in the periodic potholes and occasional downturns that all creative adventurers go through.

But Kirkland and wife-partner Francois are nice people to hang with, active and mobile and attending several annual gallery presentations (five or six in Europe alone), and Douglas is still in the game (at 85!) with occasional gigs and publishings of coffee-table compilation volumes and whatnot. If I were Kirkland I’d assemble a new high-quality photo volume and call it “That Click: The Big Book.”

Douglas and Francoise took a bow at a SBIFF screening last Thursday hight, but not the morning-after showing that I attended.

I spoke with Severi early Saturday evening, and he’s certainly alive on the planet earth. Enterprising, ambitious. Born and raised in Milan, currently a Los Angeles resident, around 31 or so. He shot That Click in 2017, and edited it for about a year. The film premiered at the Rome Film Festival (Festa del Cinema di Roma) last October.

Who were the other legendary 20th Century commercial portrait photographers beside Kirkland, Stern and Avedon? Any basic list (and in no particular order) would include Ruth Harriet Louise, George Hurrell, Helmut Newton, Ellen von Unwerth, Mert and Marcus, Albert Witzel, Clarence Sinclair Bull, Milton H. Greene and Cecil Beaton. Who else?