Lurie Was Right — Freeman Was Wrong

Morgan Freeman had a point, but Rod Lurie had a better one. Read Lurie’s Facebook tale below [posted on 1.9], and then consider Elia Kazan‘s story about shooting On The Waterfront in December of ’53 and early ’54. In the video it starts at 42 seconds, ends at 1:24. 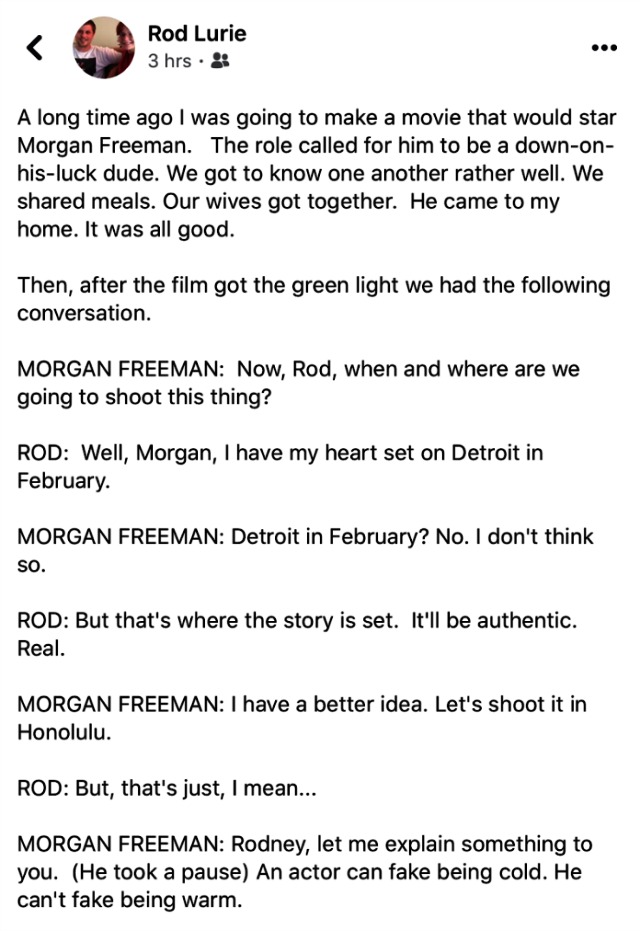 On The Waterfront director Elia Kazan: “We were shooting [On The Waterfront] in the winter, and it was a cold winter. And as we went along [we got] more and more into the winter, more and more cold and rain…and we never stopped shooting. And Brando…sometimes I had to go into the hotel…I think it was called the Majestic hotel, some phony name…I had to go in and drag him out because it was too cold out there, and he’s not very hearty in some ways. And also the cold helped the actors’ faces. They looked a certain way…they were sunk in here. They didn’t have this lovely flesh of success that leading men in Hollywood have…dimpled, pink, beautiful complexions. They were miserable looking human beings, and that included Brando.”