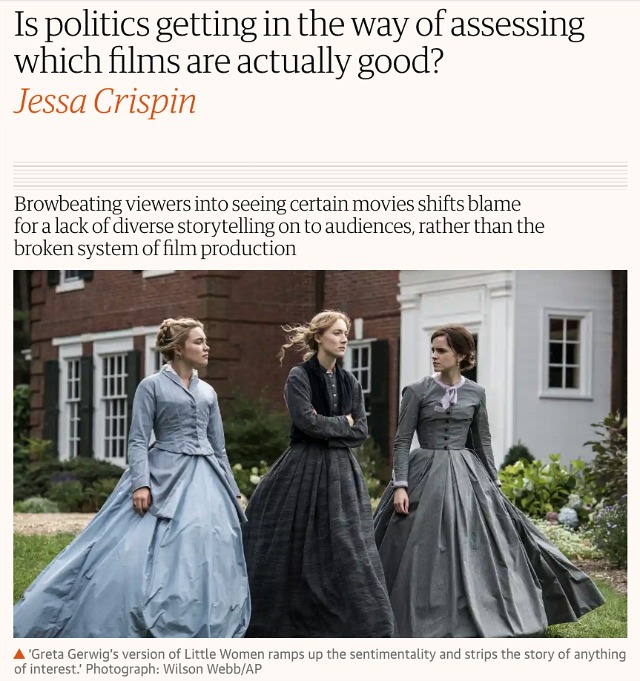 “Even the female director of a terrible Charlie’s Angels reboot tried to blame the audience’s lack of interest in ‘women’s stories’ for its failure. You know, just the totally normal and relatable stories of regular women fighting crime in very short shorts.

Excerpt #4: “But another reason for this rhetorical madness is the loss of authority the average cultural critic has with the moviegoing audience. There’s always been a divide between what the critical culture celebrates and what audience members actually want to see.

“But browbeating audience members into seeing films by telling them it’s politically important or by swearing this is the most intense and perfect cinematic experience they’ll ever have doesn’t really work, and it only helps their authority slip further away.”

January 13, 2020by Jeffrey Wells125 Comments
« Previous post
Nostalgia for Mouthy Waiters
Next post »
Not Even A Strong Contender?