A film restoration guy swears that a print of Psycho with Saul Bass‘s main title section in color (“emerald green lines, much like North by Northwest“) was screened in England and reviewed by a major London newspaper (possibly the London Times). The same version was apparently viewed by former Los Angeles County Museum curator Ron Haver, having received a 35mm Psycho print from Alfred Hitchcock for a LACMA retrospective back in the ’70s.

I know what I’m about to say is heresy, but I wouldn’t mind watching a colorized Psycho as…well, as an exercise in perversity. If someone could make it look like real 1960s color, I mean, as opposed to what these colorized clips offer. The tones look weak and pastel-ish, like tinted lobby cards from the ’50s. The bathroom closeups of Janet Leigh‘s eye and skin tone look completely wrong. Anthony Perkins in the blanket looks okay, but it still doesn’t look like actual color cinematography. 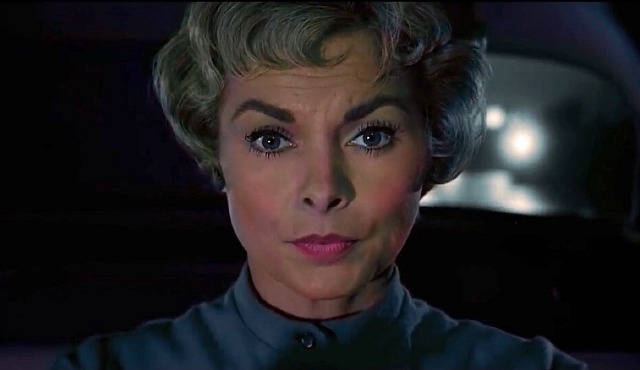