Four days into the Santa Barbara Film Festival (1.15 to 1.25), which kicks off tomorrow night, SBIFF honcho Roger Durling will host a special 20th anniversary screening of David O. Russell‘s Three Kings. (It actually opened 20 years and three months ago, or on 10.1.99.)

The screening will happen on Saturday, 1.18 at 2pm at the historic Lobero theatre, and it’s 100% FREE to all film-loving human beings who may be in the Santa Barbara area. Russell will sit for a post-screening q & a.

Are Americans as hated now by people in the Middle East as we were back then? Hard to say, but the main characters in Russell’s film (played by George Clooney, Mark Wahlberg and Ice Cube) aren’t average Americans. Well, they begin their journey as standard selfish fellows, but they grow out of that.

Note: Yes, I’m aware that “Anniversary” is misspelled in the SBIFF app art. 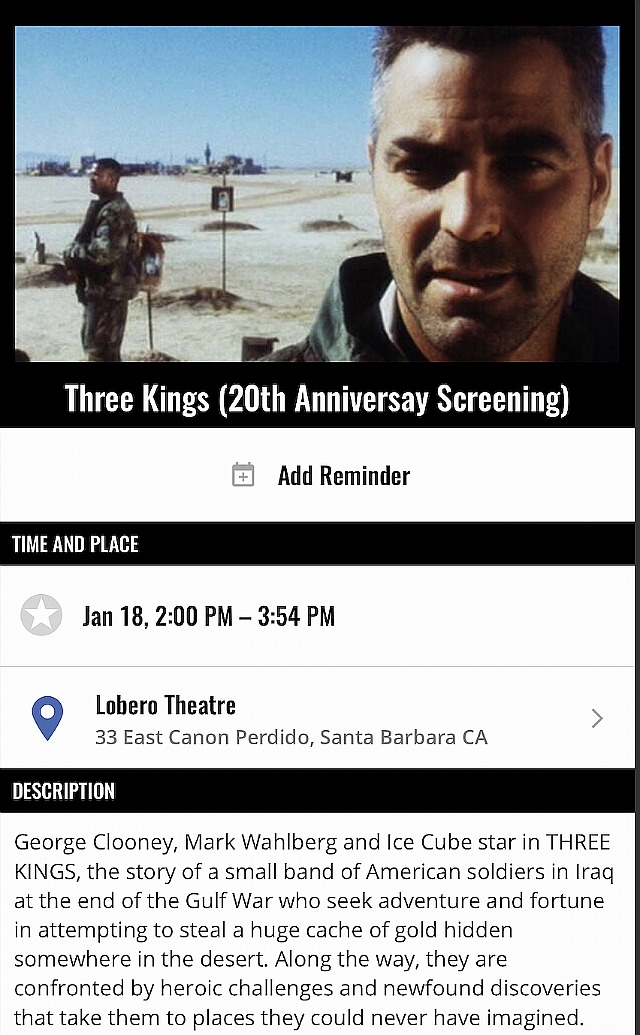