Pier Paolo Pasolini‘s Salo, or the 120 Days of Sodom is a grotesque portrait of fascism unbridled, but it’s certainly no satire. A “satire” this cold and clinical inevitably morphs into something else. Salo is essentially a horror film about the practice of cruelty…cruelty and contempt taken to their final expression. And yet it’s certainly a tougher, harder, more unforgiving creation than Jojo Rabbit, and a much fiercer thing than Taiki Waititi ever thought to attempt. Talk about films that focus on a similar situation but exist in two completely separate universes. There’s a Salo scene in which the four brute fascists (Paolo Bonacelli, Giorgio Cataldi, Umberto Paolo Quintavalle, Aldo Valletti) are dressed in drag, looking like perverse middle-aged biddies with pearl necklaces, too much rouge, ornate hats and whatnot. Imagine if Jojo Rabbit had the nerve to be this dark, this diseased. 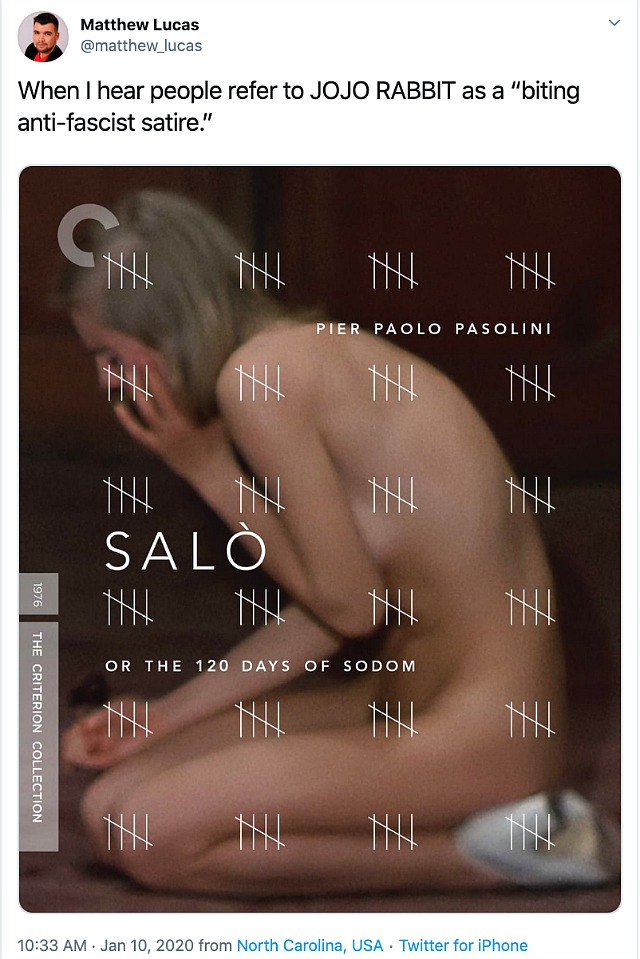