The legendary Buck Henry has passed at age 89 from a heart attack. From the mid ’60s to mid ’90s Henry was a screenwriting king and highly valued pinch-hitter who specialized in quippy, ascerbic humor, as well as a well-known deadpan comedian who acted in scores of comedies and social satires. 30 years at the top of the heap, and closer to 40 if you count his early TV writing days.

Buck was also very decent and helpful to me during my Entertainment Weekly and L.A. Times Syndicate column-writing days (’91 to ’98) as he would always pick up the phone and help if he could. He could be testy and crabby from time to time, but that came with the territory. Generally an excellent human being.

And in between these two he adapted a talking-dolphin movie that wanted to be one of the most emotionally devastating films of its type ever made. It didn’t get there but the effort was vigorous.

The first two films in question are The Graduate, directed by Mike Nichols, and Heaven Can Wait, which Buck co-directed with Warren Beatty. These alone put Henry in the 20th Century pantheon of legendary screenwriters and co-directors.

He also co-created the original Get Smart NBC series with Mel Brooks. He also wrote or co-wrote Catch-22 (’70), The Owl and the Pussycat (’70), What’s Up, Doc? (1972) (with Peter Bogdanovich, Robert Benton and David Newman), First Family, Protocol, To Die For, Town & Country and The Humbling.

He also appeared on several Saturday Night Live episodes in the ’70s and ’80s. He also played supporting or bit parts in The Graduate (the hotel desk clerk…classic!), Catch-22 (Lieutenant Colonel Korn), Taking Off, The Man Who Fell to Earth (Oliver Farnsworth who was thrown out of skyscraper window), Heaven Can Wait (the heavenly escort), First Family, Eating Raoul, Defending Your Life, The Player, Short Cuts, To Die For and Town & Country.

From Variety‘s Rick Schultz: “In a 1997 interview with National Public Radio, Henry said he almost dropped the line, thinking it was ‘a sort of ’50s society way of complaining about falseness.’ But it resonated with younger audiences and helped turn the film into a classic.” 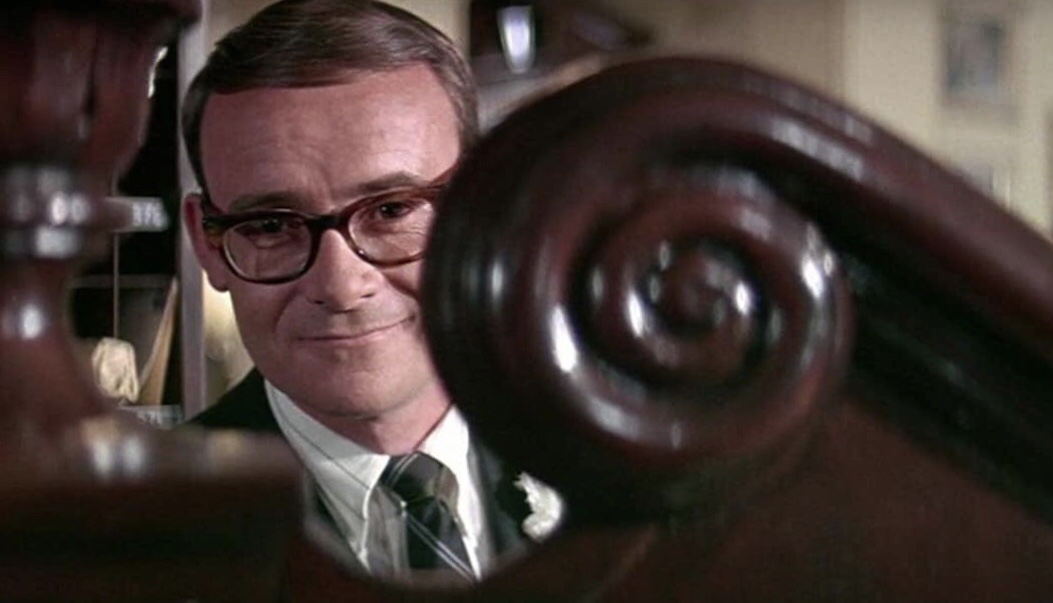