Posted three-plus years ago: “Can anyone imagine a more noir-ish sounding title than They Won’t Believe Me? The world won’t cut me a break, won’t stop shitting on me, won’t trust me, won’t look inside to see who I really am, won’t give me a job or lend a helping hand, refuses to love me, etc. It’s the ultimate expression of despondency.”

I’ve just watched this clip of TCM’s Noir Alley host Eddie Muller (aka “The Czar of Noir”) talking about They Won’t Believe Me, and reporting that screenwriter Jonathan Latimer‘s original ending had accused murderer Robert Young leaping to his death from a courtroom window, followed by the jury rendering a verdict of not guilty.

But the production code guys insisted that a person can’t commit suicide, Muller says, and so “a trigger-happy baliff” shoots Young before he leaps. 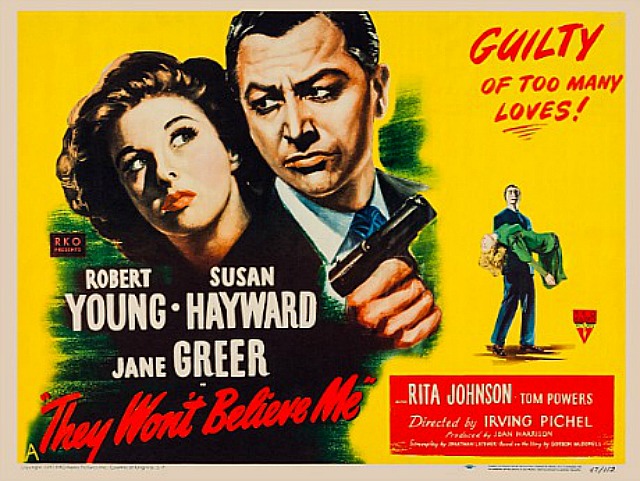 Posted on 11.2.16: “You can’t stream Irving Pichel‘s They Won’t Believe Me, a 1947 noir in which Robert Young played a weak, disloyal, manipulative shit. I haven’t seen it in eons, but I vividly remember the final scene when Young, a wrongfully accused defendant in a murder trial, is shot dead by a cop when he tries to leap out of a courtroom window just before the verdict is read. Cut to close-up of the jury foreman reading the verdict: ‘Not guilty.’

“The only way you can see They Won’t Believe Me is on TMC and via a Region 2 DVD. No Amazon, no Netfix, no Vudu, no nothin’.

“I was taken by the film because Young was a consummate exuder of domestic serenity and middle-class assurance in two hit TV series, Father Knows Beast and Marcus Welby, M.D. In actuality Young was an unhappy, unsettled fellow who suffered from depression and alcoholism. In 1991, at the age of 84 or thereabouts, he tried to kill himself. And yet Young was candid about his personal issues and urged the public not to follow his example (i.e., boozing) and to seek professional help when so afflicted.

“What other cheerful actors and celebrities were known to be gloomheads off-camera? Answer: Just about all of them. No performer walks around like a happy idiot when there’s no audience around. What reason would any semi-intelligent human have to be constantly ‘happy’ considering that the universe is imploding, most people are no damn good and we’re all gonna be dead sooner or later? But the gloomy standouts would have to be Robin Williams, Jerry Lewis, Milton Berle, Billy Crystal, Groucho Marx, Steve Martin, Bob Hope, etc. Just about every comedian who ever lived.

“Better to ask which famous actors or celebrities who cultivated a dark, villainous profile on-screen were known to be kindly, delicate and gentlemanly at all times, and more or less at peace with themselves? Boris Karloff, for one. James Cagney and George Raft, I’ve always read.” 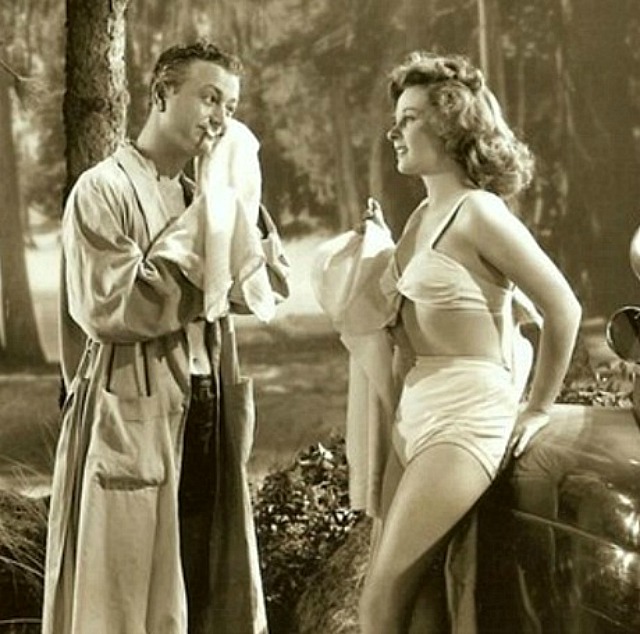 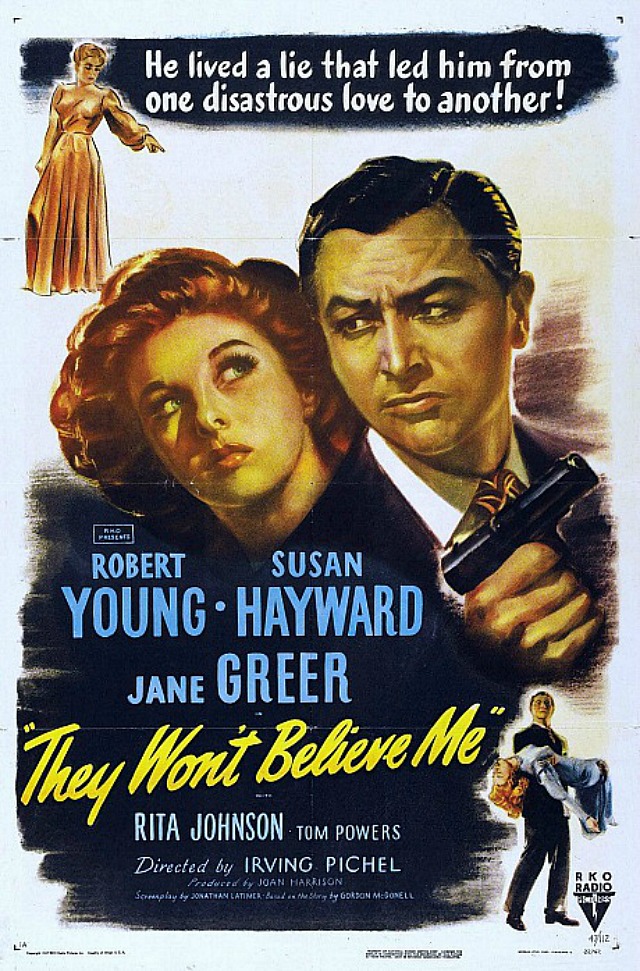