We already knew that Spike Lee‘s Da 5 Bloods was unlikely to premiere at the 2020 Cannes Film Festival due to the (presumably) lingering Netflix prohibition. Now that Spike has been named as the honcho of the 2020 Cannes Film Festival jury, Da Five Bloods really isn’t screening there. It’ll almost certainly debut at the fall festivals (Venice, Telluride, Toronto, NYC).

Posted on 11.26.19: I’ve heard from a guy who attended a recent NYC-area screening of Lee’s film, which he says had a running time between 160 and 165 minutes and is pretty much completed with the credits in place. 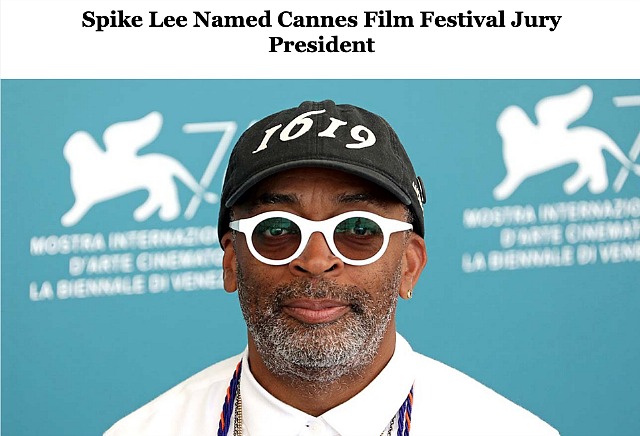 “I saw Bloods with two other critics, and they both loved it. It will be a major success for both Spike and Netflix, and I could even see a directing and picture nomination depending on how they decide to release it.” 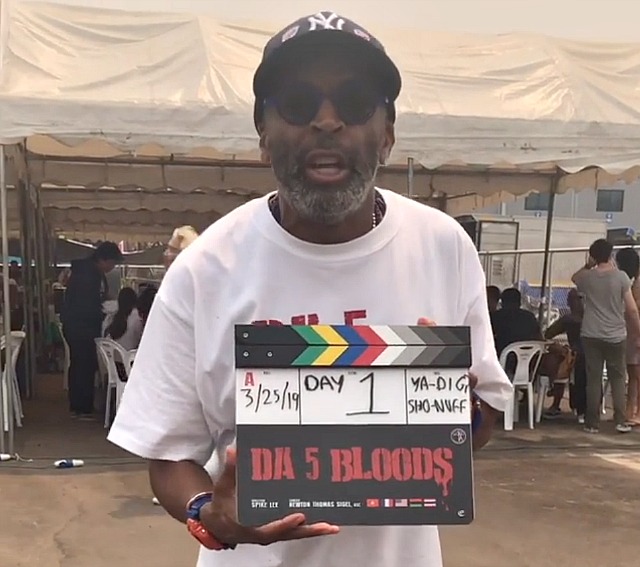 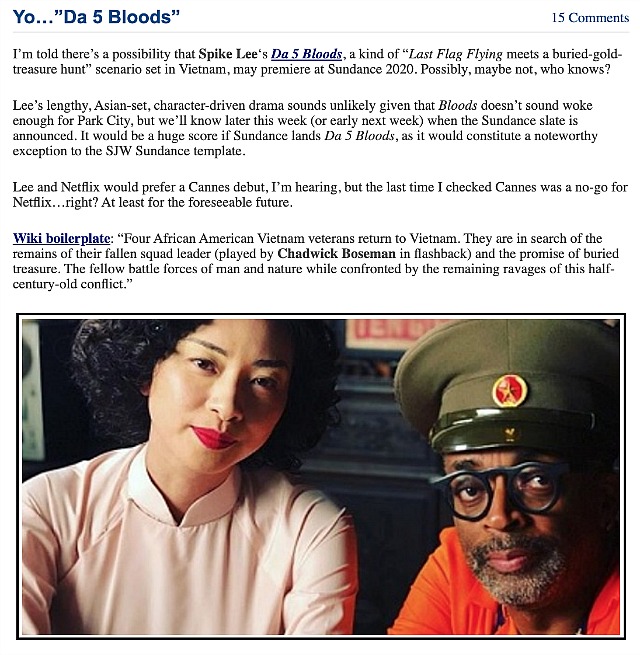