Tarantino’s Oscar Moment Is Nigh 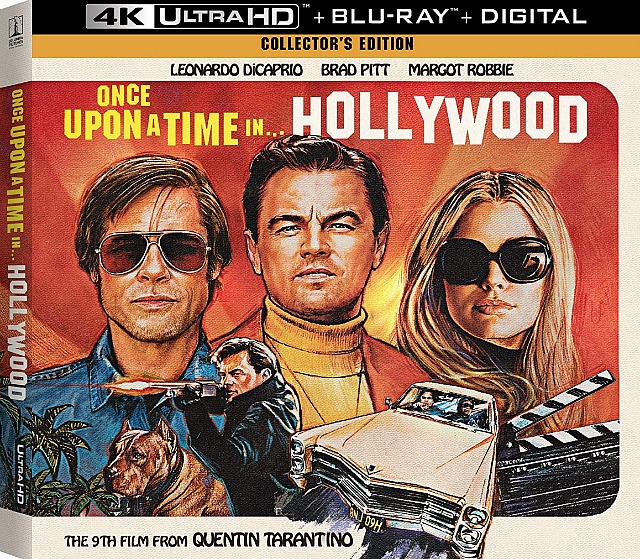 Cannes flashback: If you want a fast-and-hard assessment of Quentin Tarantino‘s Once Upon A Time in Hollywood, it goes like this: Four-fifths of this half-century-old Hollywood fantasy is lightly amusing, flavorful, decent and diverting as far as it goes.

I could boil it all down and call the last half-hour a “happy” ending, except the craziness is so balls-out unhinged. I have my tastes and standards and you all have yours, but by the measuring stick of Hollywood Elsewhere the finale is really, really great. As in laugh-out-loud, hard-thigh-slap, whoo-whoo satisfying.

But most of the film (the aforementioned 80%) is what most of us would call a good-enough wallow in the world of B-level Hollywood at the dawn of the Nixon administration.

Who are these guys? And how will Dalton, a fading TV actor with a backpack full of fear and trepidation, find a way out of the thicket? And what role, if any, will Booth, Rick’s sidekick, stunt man and best bruh, play in turning things around, if in fact that is in the cards?

And what about those motley, zombie-like hippie weirdos encamped at the dusty Spahn Movie Ranch out in Chatsworth, whom Cliff immediately recognizes as bad ones? And how, if at all, will Rick ever break into A-level movies and thereby rub shoulders with the likes of Roman Polanski, aka Mr. Rosemary’s Baby, and his dishy wife Sharon Tate?

I was fine with Once Upon A Time in Hollywood being a clever, wise-assed, sometimes hugely enjoyable attitude and atmosphere smorgasbord of period aroma, jokes, flip humor, character-building, asides and “those were the days.”

We’ve all understood and accepted for the last 16 years (or starting with Kill Bill: Volume 1) that Tarantino Land is all about revelling in the realm of B-movie grindhouse exploitation (bang-bang, muscle cars, street shit-talk, hot chicks, martial arts, kick-splatter, baseball bats, samurai swords).

No, this is the realm of B-level popcorn programmers like Three in the Attic, Dean Martin‘s The Silencers, Krakatoa: East of Java and the like, not to mention shit-level TV westerns and Italian-made spaghetti westerns.

Take it or leave it, but Once Upon A Time in Hollywood is squarely on the side of late ’60s drive-in cinema. It doesn’t just offer wall-poster and marquee tributes to this aesthetic arena, but actually is one of these films.

I respect or at least “understand” Tarantino’s relentless affection for this sub-strata, which of course has always been a form of half-sophisticated, half-nerd snobbery on his part.