I actually saw two films last night, The Invisible Man and then a Kino Bluray of Peter Yates‘ Robbery (’67). The latter struck me as as a far better film than the Blumhouse newbie. Not to be mentioned in the same breath.

A lot of tense urban actioners have been called “taut”, “bracing” and “engrossing” over the years, but Robbery is one of the daddies of this sort of thing. At least in the British realm.

As much of a seminal influence upon crime films as Jules Dassin‘s Rififi, it feels real and un-performed and stripped of all pretentious bullshit. I was completely riveted from the get-go. As in “hold on, wait…this is good.”

Until last night (2.25) I had never seen Yates’ 53 year-old British heist film, which is largely based on the actual Great Train Robbery of 1963.

I’ve been aware of it for decades, and I’ve no explanation for having been derelict all this time.

But I’m also glad I waited as the Kino Bluray looks magnificent, at least in my humble view. Distinct colors (at times a little loud), whistle clean, no grain to speak of

Robbery opens with a wild-ass, high-speed car chase through the streets of London, and of course this was the first major sequence of its type — a year before Yates’ San Francisco car chase in Bullitt and five years before William Friedkin‘s under-the-subway-track car chase in The French Connection.

It stars Stanley Baker, who produced along with Joseph E. Levine, and costars Joanna Pettet (as Baker’s wife) and James Booth as a canny British detective. The supporting players include Frank Finlay, Barry Foster (the necktie murderer in Frenzy), William Marlowe, Clinton Greyn, George Sewell and Glynn Edwards (the Albert” character in Get Carter whom Michael Caine stabs to death).

Until last night I had never gotten the Joanna Pettet thing. But her late-night marital dispute scene with Baker is one of the film’s strongest, at least in terms of intimate currents and whatnot.

A friend of Sharon Tate‘s from the mid ’60s, Pettet is portrayed by Rumer Willis in Once Upon A Time in Hollywood. She’s now 77 and living (I’ve heard) somewhere in the vicinity of Palm Springs 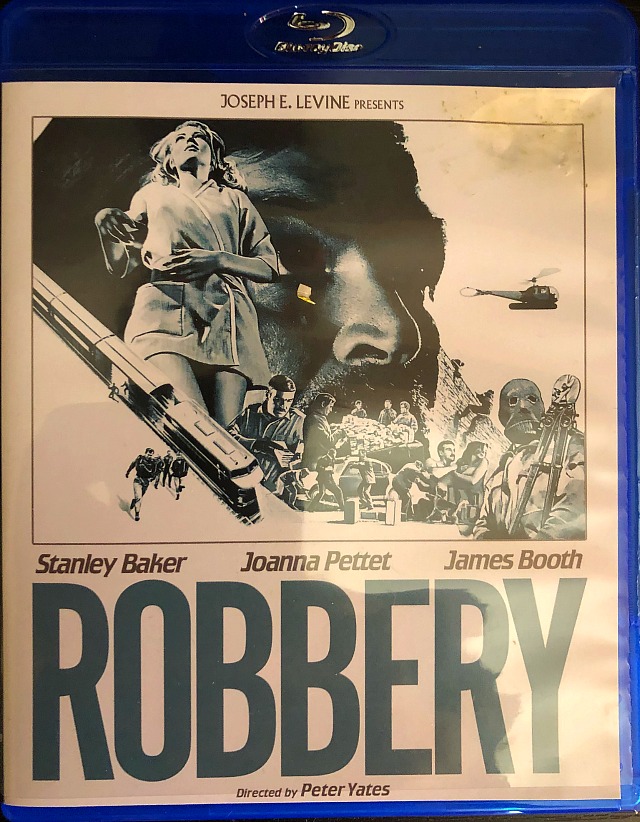 February 26, 2020by Jeffrey Wells16 Comments
« Previous post
Most Of Us Look Away
Next post »
My Invisible Stalker