Does “Young Ahmed” Even Exist?

I saw Jean-Pierre and Luc Dardenne‘s Young Ahmed (Kino Lorber, 2.21 in NYC, 3.6 in LA) during last May’s Cannes Film Festival. I called it an “an 84-minute waiting-game movie about a young Islamic psychopath and would-be Jihadist (Idir Ben Addi) planning to murder his female teacher (Myriem Akheddiou) out of blind adherence to Islamic derangement syndrome.”

There’s only one reason to introduce a character with strong Islamic beliefs — i.e., to start the clock ticking on whether or not this character will commit some act of ghastly terror. This is precisely what the Dardennes have done with Young Ahmed, which should probably be re-titled Young Islamic Asshole and subtitled Just For Laughs, How About Killing Yourself Without Taking Any Innocent Victims With You?

Which is why it’s a “waiting game” film because all you can think about is “when or who is this kid going to kill, or will somebody kill him before he strikes?”

Except Young Ahmed ends rather profoundly. The last couple of minutes are so good, in fact, that I wound up forgiving the first 80 or so. I should also say that it ends more compassionately than would be warranted in real life.

Kino Lorber is distributing Young Ahmed with an absolute minimum of fanfare. No screenings have been scheduled, or at least none that anyone knows of. At least one major critic hasn’t even been sent a streaming link, which suggests that links are scarce all around. This morning I asked Kino’s David Ninh if he was sending links to critics — he passed the request along to Ryan Werner.

Why so little effort for a film that won the 2019 Cannes Film Festival’s Best Director award, and which almost won the Palme d’Or (at least according to World of Reel‘s Jordan Ruimy, who reported on 5.18 that a trusted Cannes source had told him that Young Ahmed might well have been handed the grand prize if Parasite hadn’t come along)?

One presumes that Kino Lorber simply can’t afford the promotional expense. There’s also the fact that outside of the loyal cineastes who frequent The Quad and West L.A.’s Royal, “almost won the Palme d’Or” doesn’t cut much ice. Even films that have actually won the Palme d’Or aren’t paid that much attention to.

I respected Young Ahmed and, as always, found myself admiring the pared-down, unfancified style of the Dardennes. Then again the 53% Rotten Tomatoes score isn’t exactly a rousing number. Husband: “Hey, what about this flick about a young Islamic lunatic who wants to knife his teacher to death because her existence is an affront to Allah and the Koran?” Wife: “Maybe not.”

Subject-wise most human beings on the planet earth aren’t exactly inclined to feel compassion for a young homicidal monster. I don’t like admitting to myself that teenage Islamic fanatics who would murder their teachers need to be imprisoned or better yet exterminated like termites, but it’s how I basically feel.

Either way it’s odd to contemplate the enormous gulf between the Cannes aura that a certain film could generate (i.e., major aesthetic import, thundering cinematic importance) and an all but complete lack of interest when such a film (especially when directed by the dutiful, highly efficient but overly low-key Dardennes brothers) opens stateside.

Not a bird will stir in the trees of Manhattan when this film opens four days hence; ditto the trees of West L.A. next month. 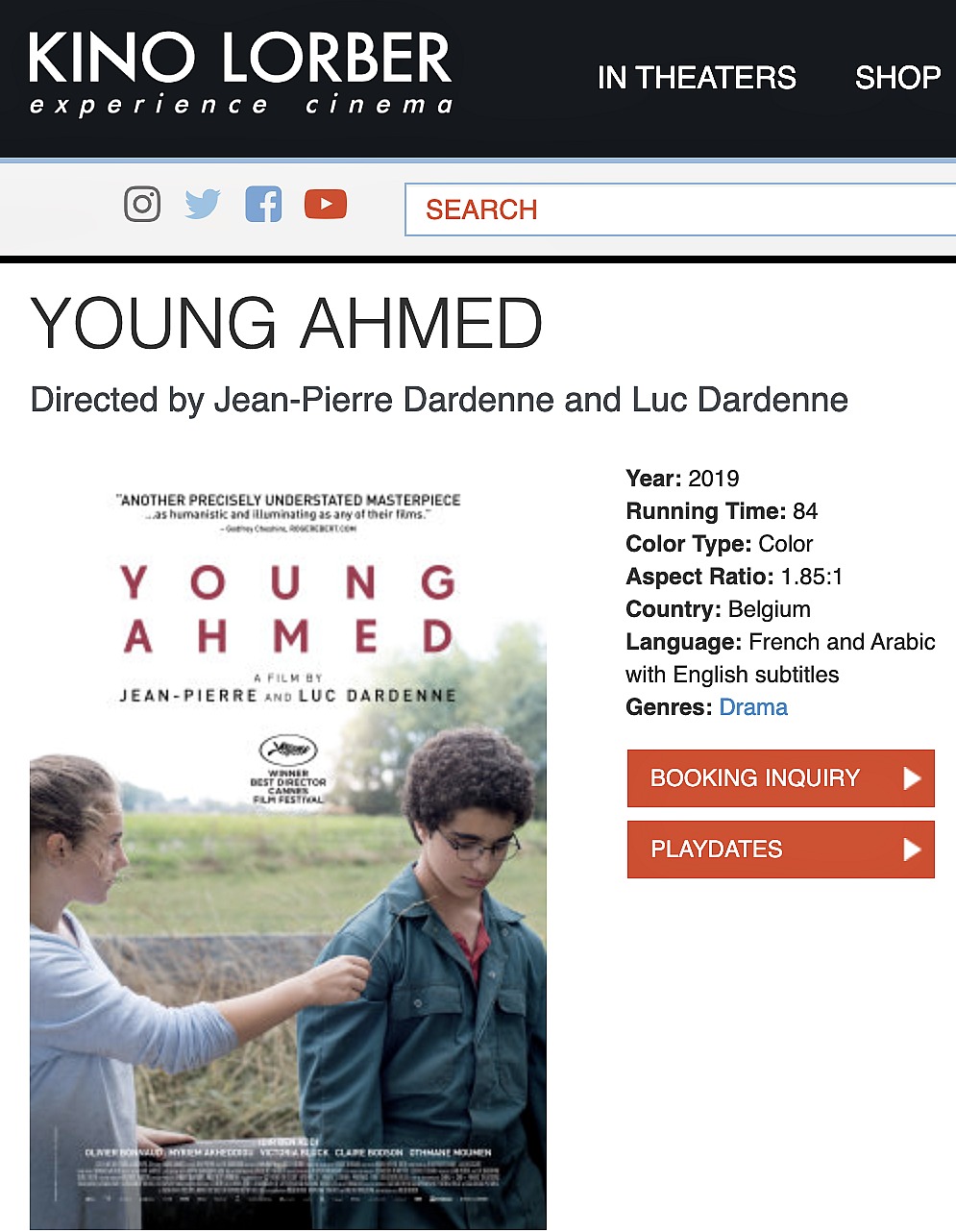