You could call Celine Sciamma‘s Portrait of a Lady on Fire, set on the coast of northern France in the late 1700s, the Brokeback Mountain of period lesbian love stories. It certainly touched me as much as Ang Lee’s tragic romance did. Impassioned, restrained, carefully subdued…it was all about simmering and the slow boil. The mutual attraction and then hunger between the wealthy Heloise (Adele Haenel) and a painter named Marianne (Noémie Merlant) is as tangible as the beach sand, sunlight, hillsides, stretched canvas and evening fires that punctuate the cinematography.

Later this year a very similar romantic drama will open — Francis Lee‘s Ammonite. Descriptions suggest a film that could be titled Portrait of a Paleontologist on Fire. Once again set on a beachy coastline in the distant past (Dorset in the 1840s), and once again about a lesbian love affair between tightly-corseted women who wear bonnets and hoop skirts and their hair in buns.

It’s a bit of a May-December romance with Kate Winslet as the real-life paleontologist Mary Anning, who was born in 1799 and died in 1847. Saoirse Ronan, who needs to star in some kind of Marvel film or throwaway thriller or smart romcom, is a 20something wife whose husband is paying Anning to take care of her.

Sciamma’s film was a kind of trailblazer; Lee’s film seems to be basically the same deal except in English. 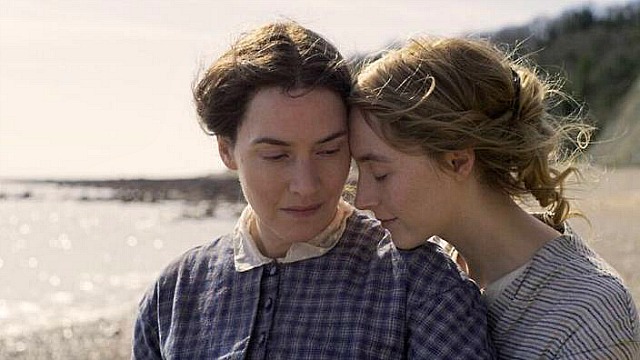 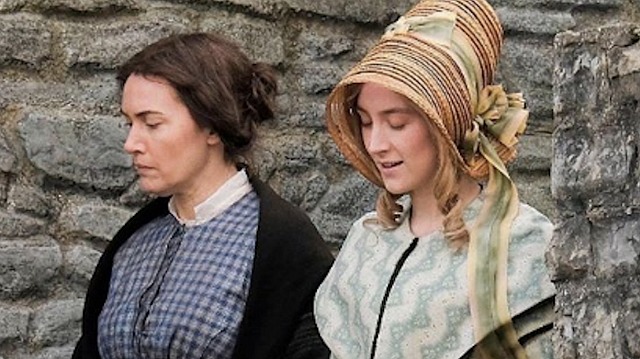