HE to pitchforker: “Your Clem Kadiddlehopper viewpoint is largely informed by cultural imprints you received as a young lad, and continue to receive from your community. My cultural imprint told me as a teen (and continues to inform me) that 18 is a reasonable age of consent. Likewise, for a guy who grew up in Poland and France he is likely to be imprinted by the fact that the vast majority of European countries set their ages of consent between 14 to 16. The age of consent in Poland is and was 15. Perspective and culture really do have a lot to do with these matters.

“On top of which Polanski’s 1977 victim — Samantha Geimer — has been pleading with yokels like you for years to give it a rest. Yes, other women have come forward so let’s have no illusions about Polanski’s basic nature and tendencies, certainly back in the ’70s and ’80s. By any reasonable standard he’s been accused of behaving brutally when he was in his late 30s and 40s, at least in some instances.”

I still say that the essential message conveyed by the anti-Cesar board Le Monde petition is as follows: “The Cesar Academy’s failure to judge Polanski’s film according to political currents, as opposed to purely artistic criteria, requires harsh measures.”

Polanski quoted in Sam Wasson‘s “The Big Goodbye: Chinatown and the Last Years of Hollywood“: 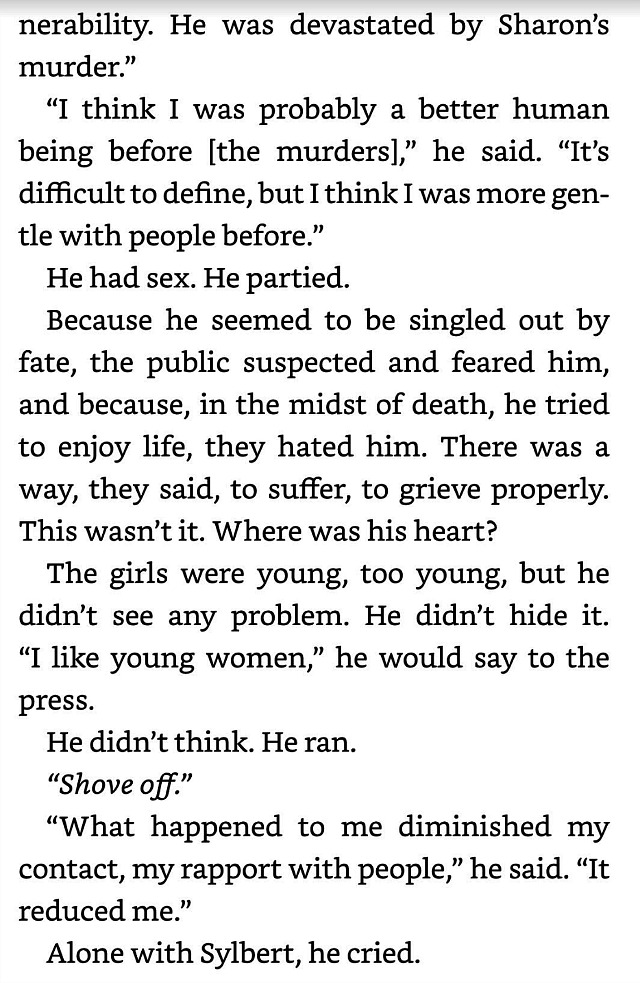