If you want to be liberal and comme ci comme ca, Ana de Armas vaguely resembles Marilyn Monroe. She doesn’t have that authentically damaged Midwestern milk-fed constitution that Monroe owned and radiated, but with the right kind of makeup and apparel and with platinum blonde hair, she’ll do. If you’re slender and beautiful it’s not that hard to slip into the Monroe aura. De Armas is certainly a better Norma Jean Baker fit than Gwen Stefani was for Jean Harlow in The Aviator, a casting choice that I found ridiculous. Michelle Williams is going to be tough to beat, of course, but every performance deserves to be taken on its own terms. The Cuban-born De Armas came along at the right time, is all. In today’s culture an Anglo Saxon actress playing a Latina wouldn’t be considered, of course, much less permitted, but the reverse is fine. 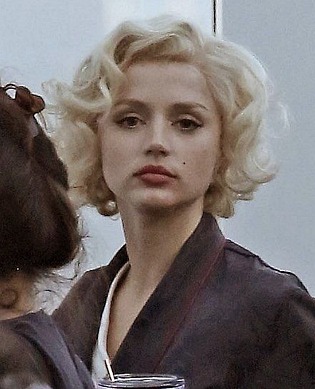 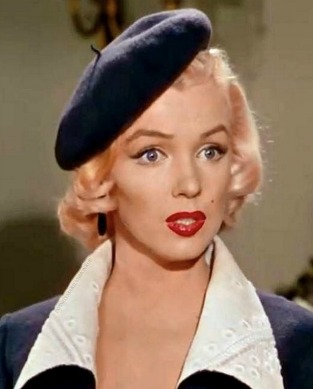