People Are No Damn Good, Part 2

Fantasy Island was, is and always will be rank Blumhouse garbage with a 9% Rotten Tomatoes rating. And yet this weekend it’s making almost three times as much as Downhill, which also had a RT failing grade (40%). Good God, even the dead-and-buried Dolittle made more than Downhill. And as I’ve said two or three times so far, Downhill isn’t half bad.

This isn’t about the movies — it’s about the unfortunate dominance of moronic, zero-taste moviegoers.

I guess in hindsight it wasn’t such a good idea to cast Will Ferrell as the cowardly run-for-cover dad. Your basic popcorn idiot wants to laugh when he/she pays to see a Ferrell film, and audiences could tell from the trailer that this wasn’t his usual-usual. I guess nobody wanted to see a dramedy about marital discord and guilt-tripping on a St. Valentine’s Day weekend. Or…wait, perhaps Joe and Jane Popcorn decided that they agreed with the Hollywood Elsewhere view that the real fault lay with Julia Louis Dreyfus and their two inert pudgeball sons, because they just sat there as an avalanche approached? 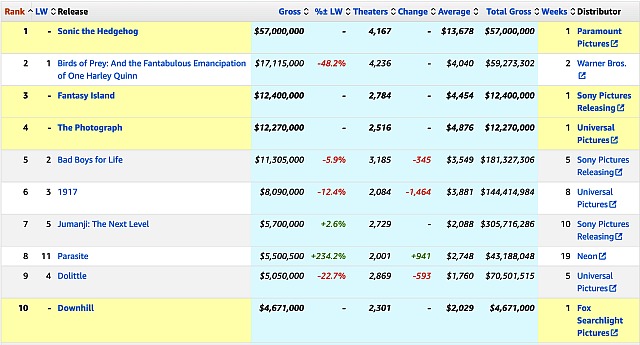 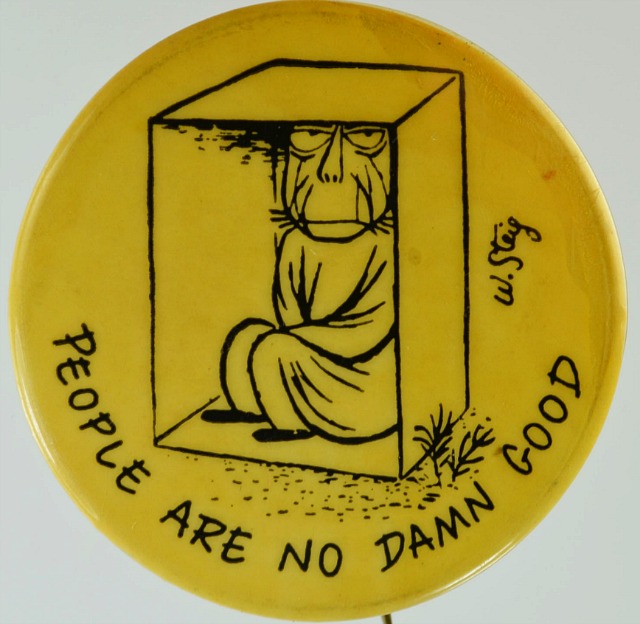 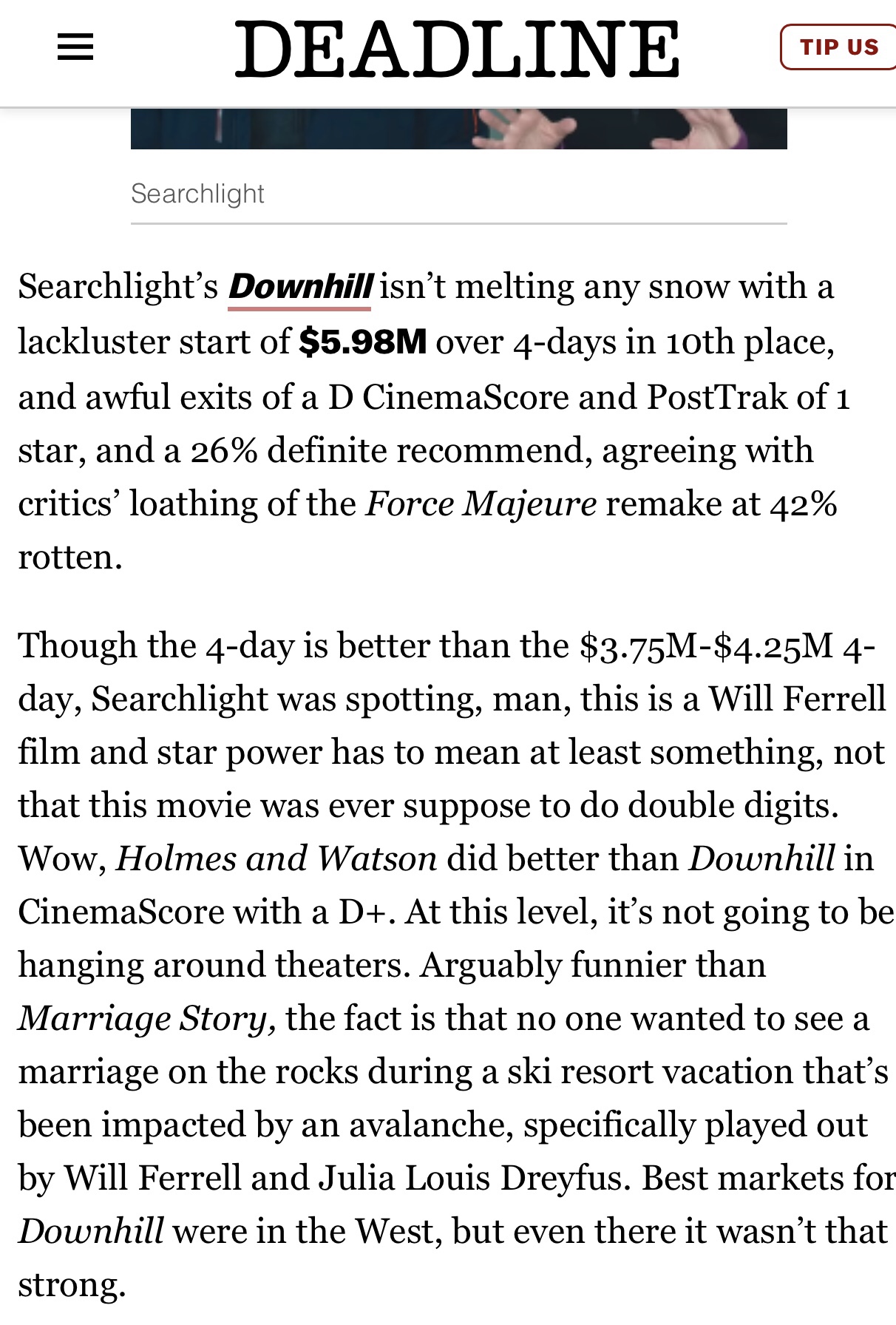