Posted on 12.18.07: “Throwing a bag of Mexican takeout food at a cab is not what anyone would call a mature or attractive thing to do, but that’s what I did last night after a Boston Checker almost hit me as I was crossing Commonwealth Avenue in slushy snow. I have to be honest and say it felt right for about three or four seconds. Then I felt like an idiot.

I turned to my left and saw a pair of killer headlights half-screeching and half-skidding towards me. Instead of leaping out of the way I went into a dead-freeze, deer-in-the-headlights mode. The cab stopped — no exaggeration — with less than six inches to spare. 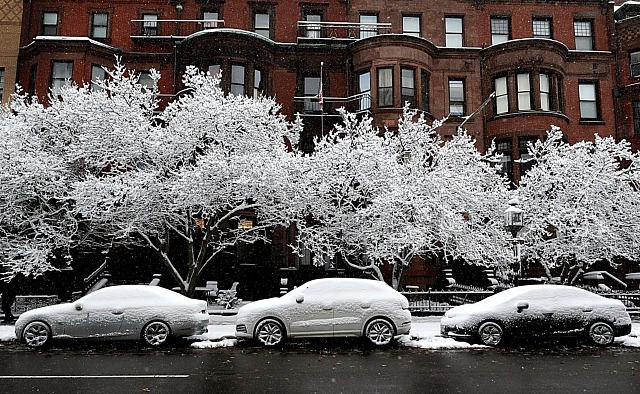 Anyone who’s ever escaped getting hit like this knows that the usual reaction is rage. I think I said something really cool and clever like “what the fuck are you doing, asshole?” Their cab driver screamed something back in the same vein. That tore it — he almost kills me and then he yells at me? That’s when I threw the Mexican takeout, which hit the passenger-door window.

The cabbie, double-riled by the bean dip and guacamole splattered over the rear door and window, hit the brakes and jumped out, and I went into mock Sideways mode (Thomas Haden Church swinging the club on the golf course) and howled like an animal. The driver jumped back in and drove off. End of dignified altercation. 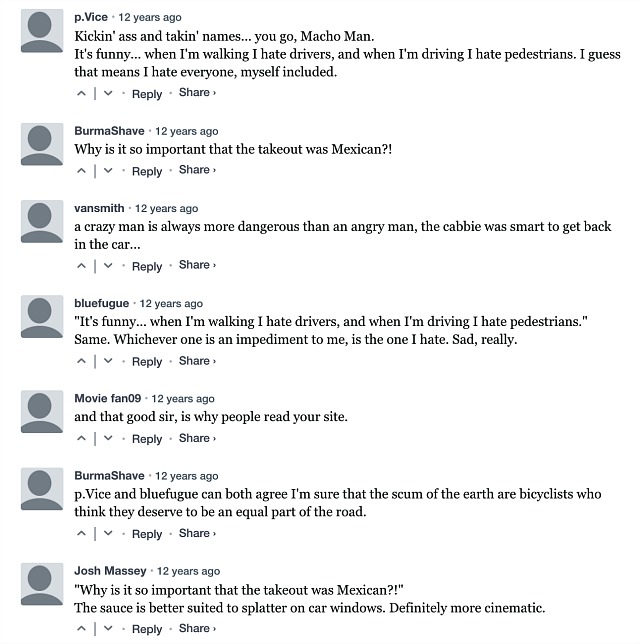 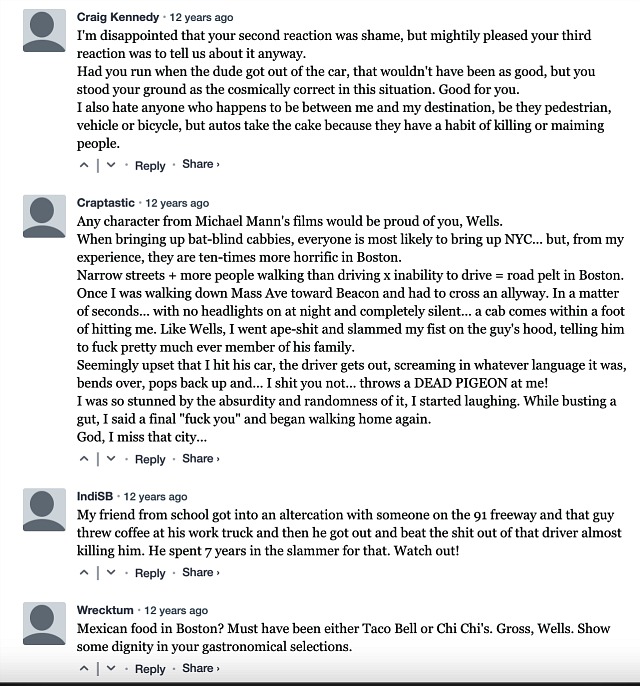 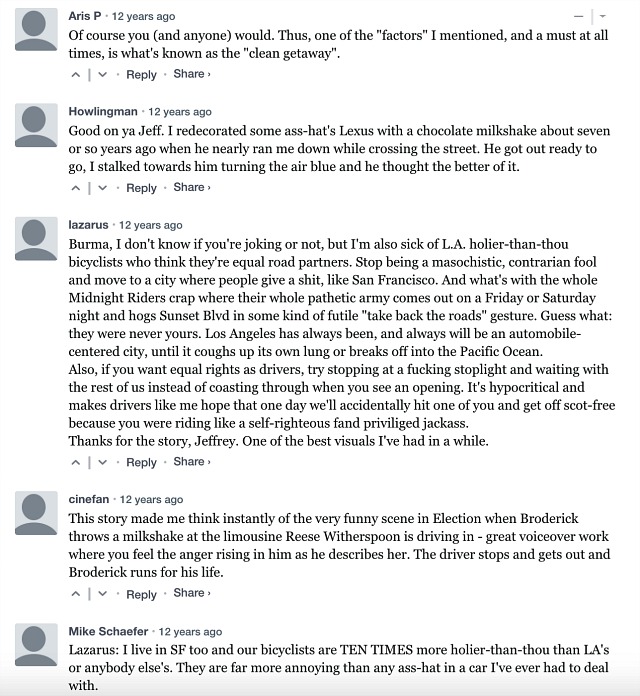