From “Pete Buttigieg is more electable than Bernie Sanders — and more progressive than you think,” posted by Vox‘s Dylan Matthews on 2.4.20:

“The Democratic Party wins when it nominates young, charismatic leaders who are able to convince people outside the party’s base that Democratic values are their own. It is a model that drove Barack Obama, Bill Clinton, Jimmy Carter and John F. Kennedy to the presidency. And it could be the model that puts Pete Buttigieg there.

“As the former mayor of South Bend, Indiana, he’s not the most experienced candidate running. And while he would probably be the most left-wing nominee since at least Walter Mondale, he is hardly the leftmost candidate in this primary, and he’s worked hard to differentiate himself from the maximalist platforms of Senators Bernie Sanders and Elizabeth Warren.” 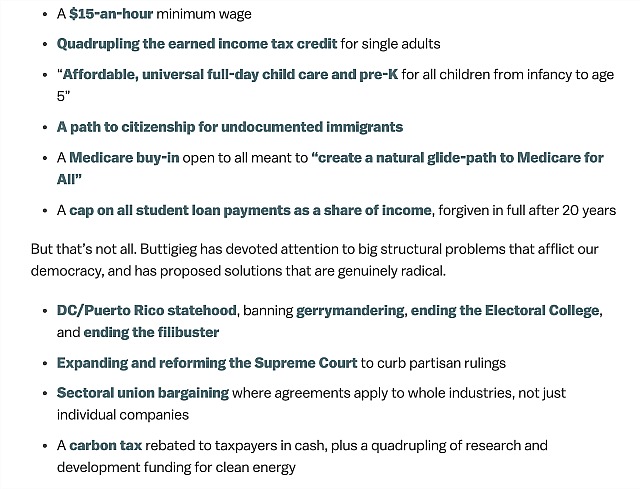