I understand the sexual threat in Trading Places when Paul Gleason, dressed in a gorilla suit, is put into a cage with an actual gorilla. But what kind of threat is the tied-up naked girl facing in Cecil B. DeMille‘s pre-code The Sign of the Cross?

We’re meant to think “oh, a helpless woman at the mercy of a wild beast” but what’s the threat exactly? Sexual assault isn’t an option since gorillas mount from behind. Gorillas aren’t carnivores and they don’t bite. So what’s the worst that could happen to the poor woman? As long as she stands still, probably nothing.

Bottom line: DeMille’s brand was often about shovelling the forbidden fruits of sin and titillation, but always with the opportunism of a skilled hypocrite, which is to say under the guise of moral condemnation and pseudo-religious sanctimony.

He was essentially a kind of prudish, two-faced con man — Frank Morgan‘s “Professor Marvel” character in The Wizard of Oz. The upside is that composition-wise he always painted with striking visual flair. 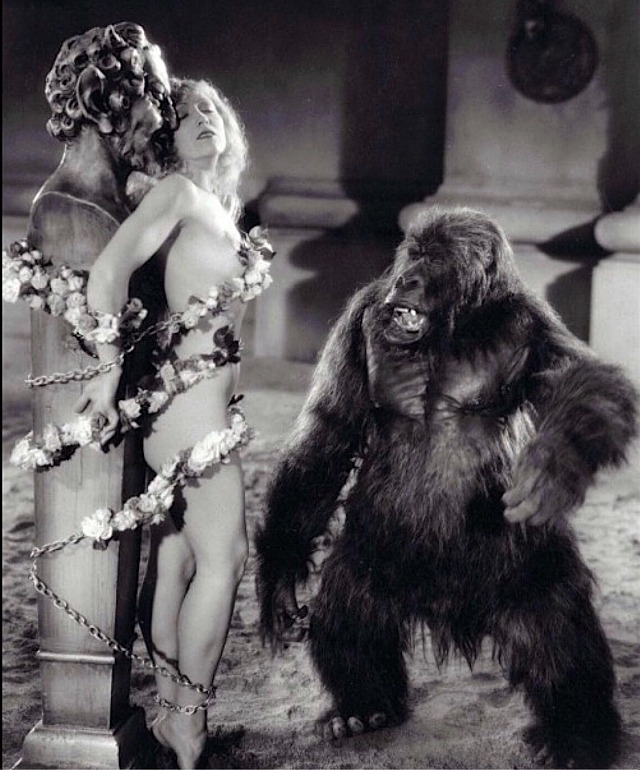 March 23, 2020by Jeffrey Wells64 Comments
« Previous post
When Wambaugh Was In Vogue
Next post »
Rand Paul vs. William S. Burroughs