Paul Mazursky‘s An Unmarried Woman (’78) captured what was happening among women of a liberal urban feminist bent in the mid to late ’70s. In some ways it felt like a remake of Mazursky’s Blume in Love — a transitional situation dramedy triggered by infidelity and divorce, only this time from the perspective of a 30something Manhattan woman (Jill Clayburgh‘s Erica Benton) rather than a male Beverly Hills divorce lawyer (George Segal‘s Stephen Blume).

Woman was more of a meditative cultural collage than a story-driven thing, especially considering the fact that Clayburgh’s character was relatively vague and unformed, even at the conclusion. Erica feels shattered and cynical when her husband (Michael Murphy) leaves her for a younger woman in Act One, and then she does a lot of flirting and floundering around before falling in love with a somewhat older British painter (Alan Bates).

But the Bates relationship doesn’t deliver a happy-ever-after as much as a “who knows what’s next?” finale that kind of leaves you wondering or hanging or something in that realm.

Mazursky delivered an approvable film that everyone had to see and talk about back then, and Clayburgh wound up with a Best Actress nomination from the Academy. She lost the Oscar to Jane Fonda in Coming Home, but Erica was known forevermore as her signature performance.

Clayburgh’s hot streak lasted for eight years, starting with Silver Streak (’76) and Semi-Tough (’77) and peaking with An Unmarried Woman, La Luna (’79), Starting Over (’79) and It’s My Turn (’80). Then came First Monday in October (’81, playing a conservative-minded Supreme Court judge) and I’m Dancing As Fast As I Can (’82). I knew after watching her irksome performance in Costa Gavras‘s Hanna K. that her “surfing the cultural zeitgeist” days were over.

Clayburgh became afflicted with chronic lymphocytic leukemia around 1990. She passed from the disease in 2010, at age 66.

The 4K Criterion Bluray of An Unmarried Woman pops on 6.9.20. 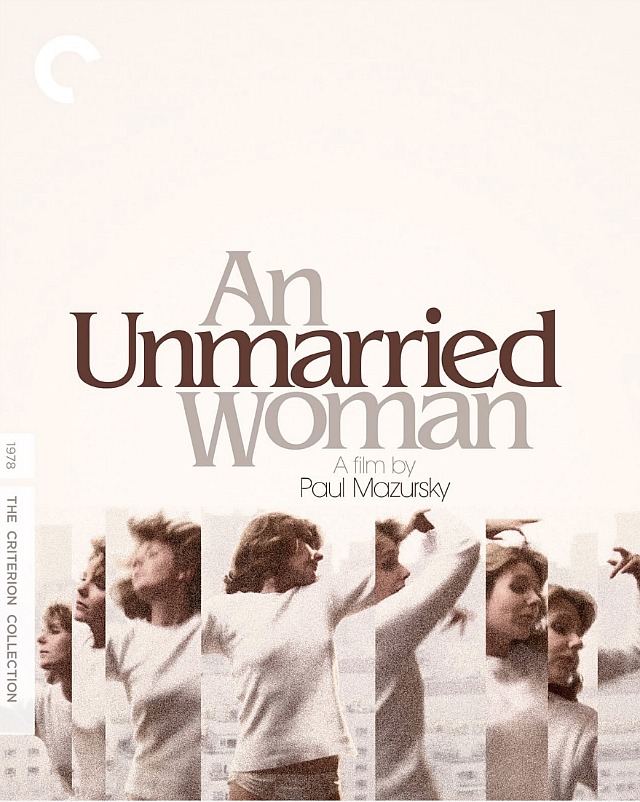 Boilerplate: “One woman’s journey of self-discovery brings about a warmly human cultural conversation about female liberation, in this wonderfully frank, funny chronicle of changing 1970s sexual politics by Paul Mazursky. When her husband of sixteen years abruptly leaves her for a younger woman, Manhattan gallery worker Erica (a fantastic, Oscar-nominated Jill Clayburgh in her defining role) finds herself alone and adrift—but also newly empowered to explore her needs and desires as she tests the waters of a new relationship with a charismatic artist (Alan Bates).

“Candidly addressing issues of sex, intimacy, loneliness, and divorce from an unabashedly feminist perspective, An Unmarried Woman makes the simple but radical assertion that a woman’s most important relationship is the one she has with herself.”