Harvey In The Hoosegow

Having been found guilty of one count of criminal sexual assault in the first degree and one count of rape in the third degree, Harvey Weinstein was sentenced today to 23 years behind bars. His wealth and political connections suggest that he probably won’t wind up serving the full term. (Not to mention the ailing-health card.) But he’ll almost certainly do serious time.

I don’t know the calculus in these matters, but I would think he’ll wind up doing…what, 8 to 10 years? A bit more? In the unlikely event that his lawyers are unable to appeal his sentence down and Harvey serves the full 23, the once-powerful movie mogul, who turns 68 on 3.19, would be in stir until age 91. But the sentence almost certainly will be whittled down by appeal, and if not he’ll certainly be granted parole after a few years.

And of course, Harvey still has to face similar sexual assault charges in Los Angeles, stemming from two incidents (one involving an alleged rape of model-actress Lauren Young) that happened in 2013. 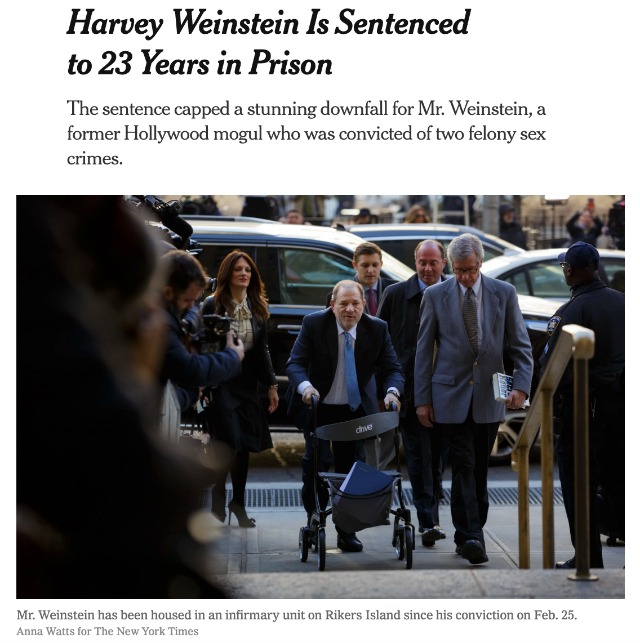