Only three or four months after ranking at the top of certain polls and looking like the young moderate liberal who might catch lightning and surge ahead and take the Democrat Presidential nomination, and only a couple of weeks after finishing neck-and-neck with Bernie Sanders in Iowa and just a little behind Sanders in New Hampshire…after coming really close and generating all kinds of excitement and intrigue and fierce debate, Pete Buttigieg is dropping out of the race.

My heart is broken in two. Tears are honestly welling up. I’ve been a loyal Pete guy since last spring or thereabouts. (I signed on when I realized that Beto was apologizing too much.) And now Democrats are officially fucked and stuck with the battle of the late 70something white-hairs with slightly bent-over postures.

Pete has fallen on his sword for the best of reasons. He knows that the race has come down to Bernie vs. Biden, and that the only chance to stop Bernie the Destroyer is to urge all the liberal moderates to vote for doddering Joe, come hell or high water and despite his senior conversational moments. It’s called biting into a reality sandwich, and it tastes fucking awful. Why is Amy Klobuchar still in the race? To what possible end?

For months African American voters (particularly the older homophobic contingent) have been turning their backs on Pete, and yesterday they really stuck the knife in when the former South Bend mayor ended up with a lousy 8.2% of the South Carolina primary vote. Thanks so much, POCs, for totally shutting down the only hope for generational turnover and Millennial vibrancy in the forthcoming presidential election. Goorah for homophobia!

AA voters did, however, get behind Biden big-time, and now he’s the only guy who has half a prayer of stopping Bernie. So at least there’s that. 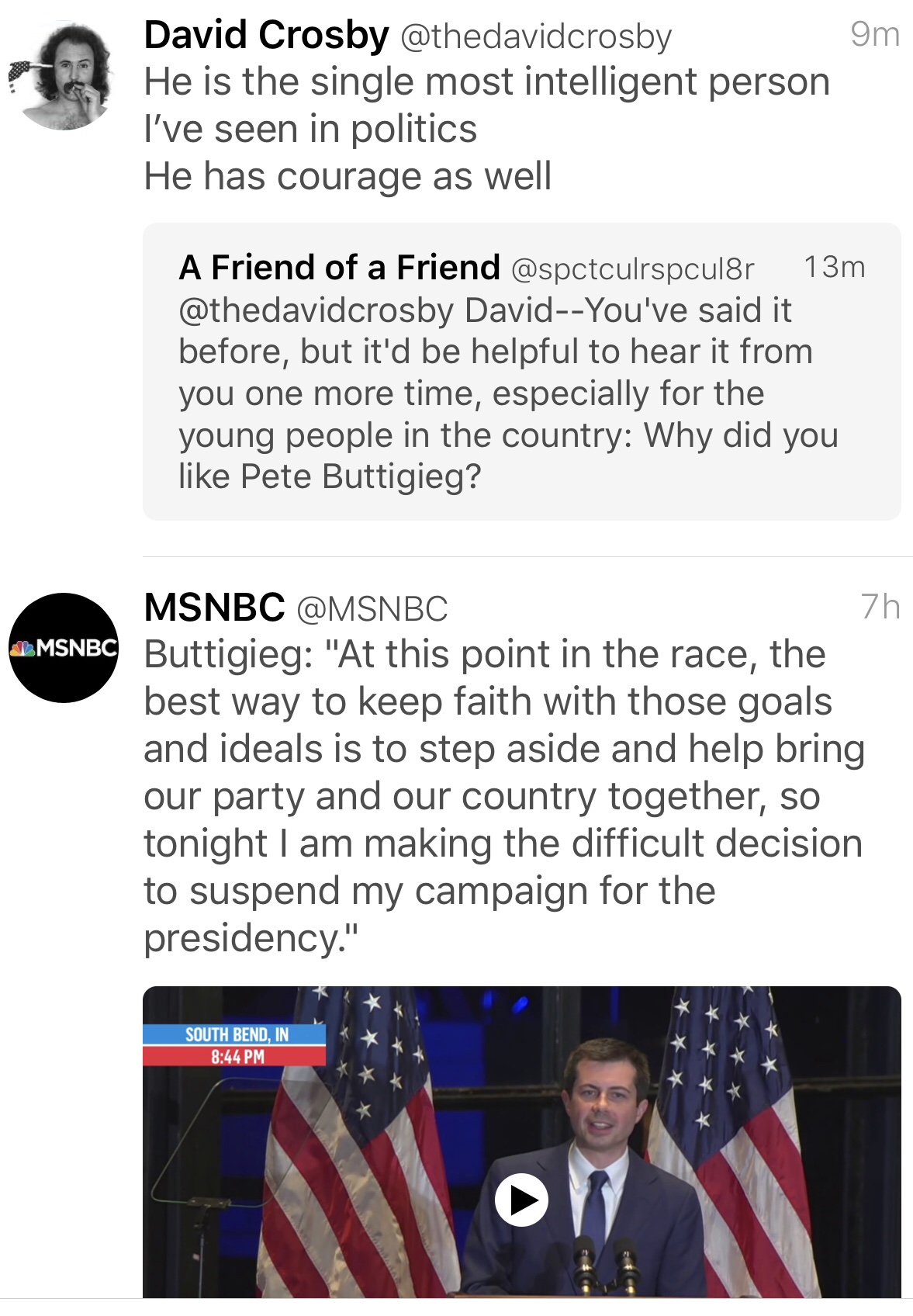 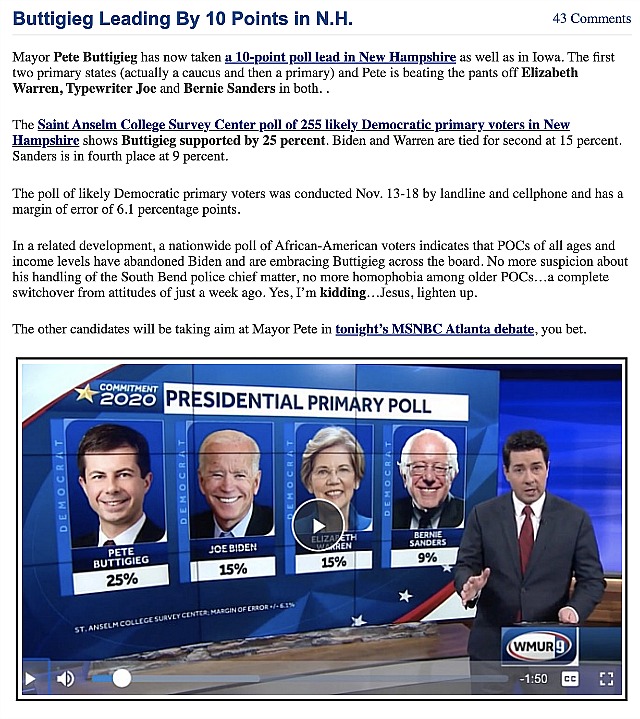 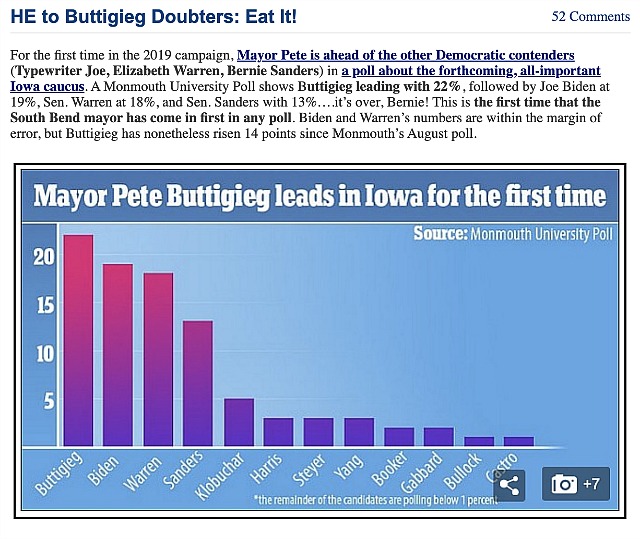 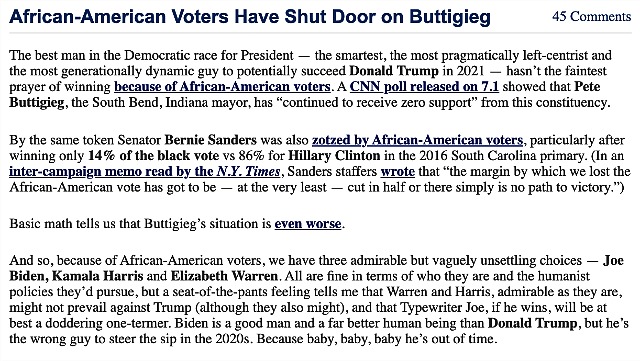 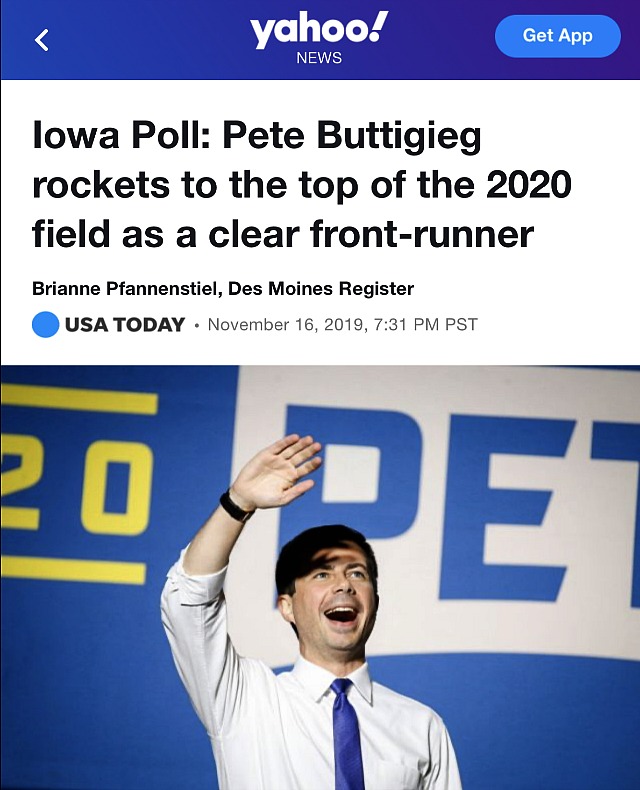