Last Saturday Dylan and I listened to Joe Rogan’s discussion with public-health scientist and infectious-disease expert Michael Osterholm. It was taped as little more than a week ago. The bottom line, Osterholm said, is (a) We ain’t seen nothin’ yet, (b) This could be ten times worse than seasonal flu and just shy of the death rates of the 1918 Spanish flu, (c) It’s gonna stay around for months, (d) the most vulnerable are older people (75-plus) + those with obesity, high blood pressure, respiratory issues, drinking problems…those who smoke.

Translation: If you’re healthy, washing your hands often, in relatively decent shape (i.e., not obese) and getting good sleep, you’re less likely to succumb than sea lions who smoke, drink and have respiratory issues. As 70 million adults in U.S. are obese (35 million men and 35 million women) and 99 million are overweight (45 million women and 54 million men), roughly 40% of Americans are especially vulnerable.

Those clinging to notions that COVID-19 didn’t come from a bat virus in Wuhan “wet” markets are advised to scroll forward to 1:02 (one hour, two minutes). 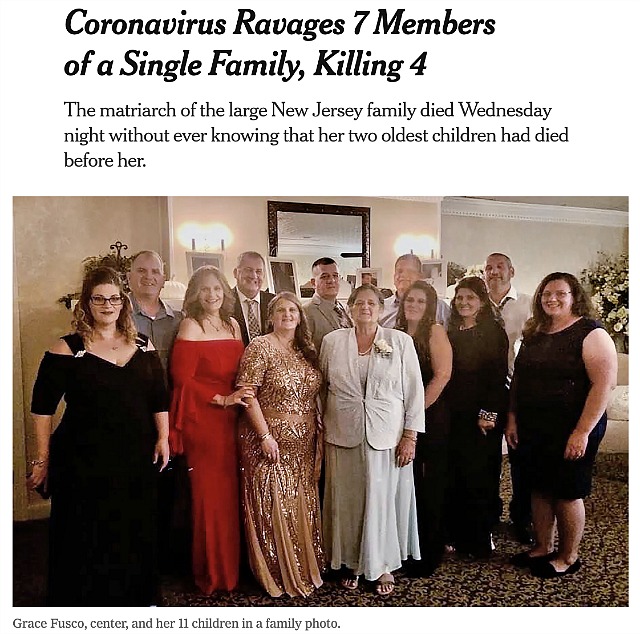