All along I’ve been thinking that The Eddy, an eight-episode, Paris-based Netflix series bowing on 5.8.20, was a Damien Chazelle enterprise that would star Moonlight‘s Andre Holland along with Cold War‘s Joanna Kulig in a significant leading role.

The opening line of the series’ Wikipedia page says “directed by Damien Chazelle”, and Kulig is paired with Holland in the recently released one-sheet.

Except I’m now reminded that the actual creator-writer is Jack Thorne, and that Chazelle was more or less a hired gun who directed the first two episodes (#1 and #2). Plus the trailer indicates the series is largely about Holland’s character, Elliot Udo, being harassed by goons (one of them played by Les Miserables costar Alexis Manenti).

And Amandla Sternberg, 21, seems to be playing a larger role than Kulig, whose character has some kind of relationship with Holland but is largely shown going through the motions of a petulant diva.

Two clips indicate that the series was largely shot in the Belleville neighborhood.

The poster says the series was co-directed by Chazelle and Alan Poul, although Poul directed only the last two episodes (#7 and #8). Two episodes were also directed by Houda Benyamina (#3 and #4) and Laila Mrrakchi (#5 and #6). 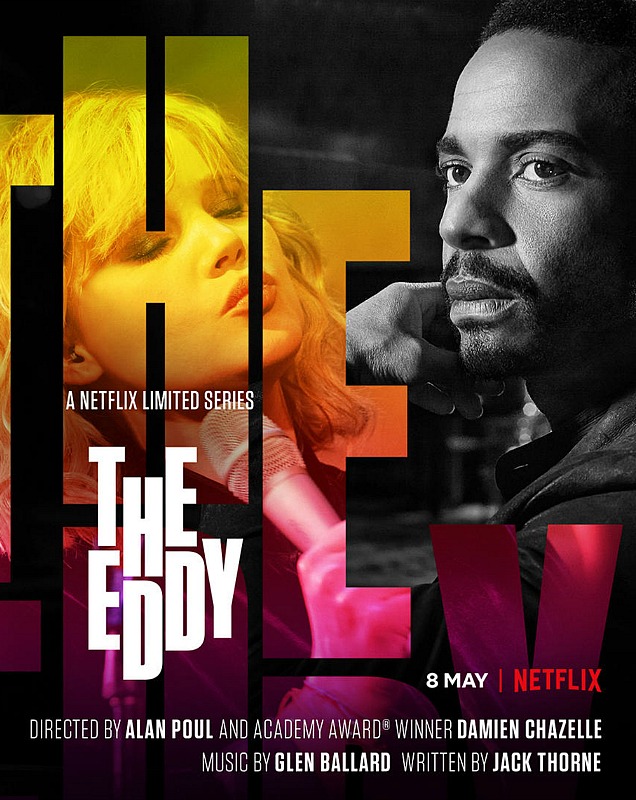