Do Millennials Know Or Care Who Altman Was?

As a proud owner of a Presbyterian Church Wager poster (along with Larry Karaszewski, Anne Thompson and Svetlana Cvetko), I’m wondering if anyone has ever seen this French-market poster for sale (can’t find it online) or if they know somebody who has one on their wall? How odd that the designer decided to change the last name of Warren Beatty‘s character from John McCabe to John Mac Cabe. 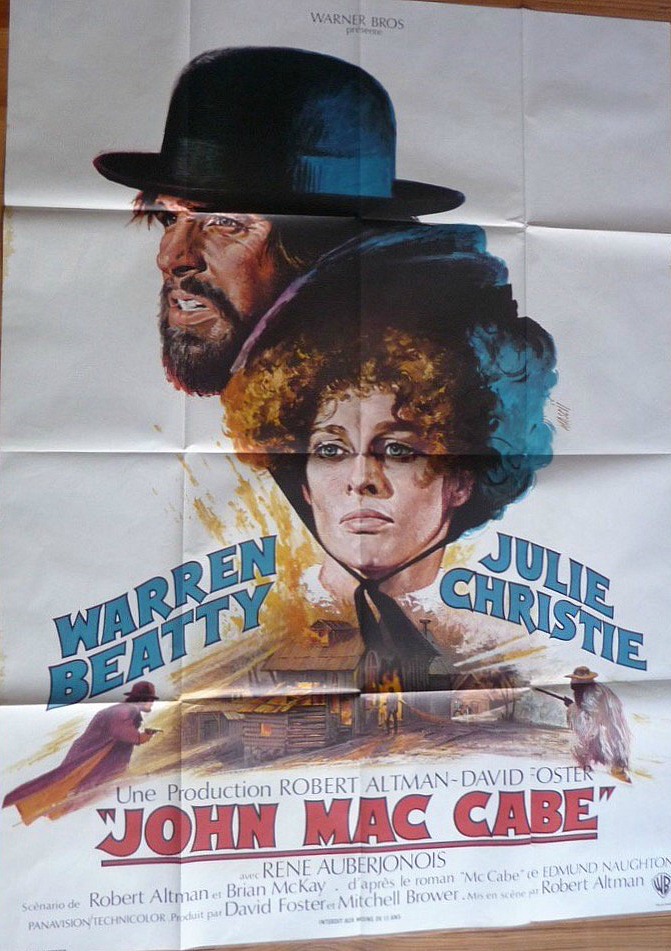 Posted on 5.6.19: A couple of days ago on Facebook, Larry Karaszewksi, the renowned screenwriter (along with partner Scott Alexander), director, producer and co-chair of the Academy’s Foreign Language Oscar executive committee, posted a photo of a rare cultural artifact — a framed poster for Robert Atman‘s The Presbyterian Church Wager, which later became McCabe and Mrs. Miller.

Until Larry posted this I was under the impression that only three Los Angelenos owned mint-condition TPCW posters — Indiewire‘s Anne Thompson, myself and dp Svetlana Cvetko. The poster hanging in my living room is an expensively scanned digital copy of an original that Thompson loaned me several years ago. Three copies were made; I persuaded Warren Beatty to sign them. 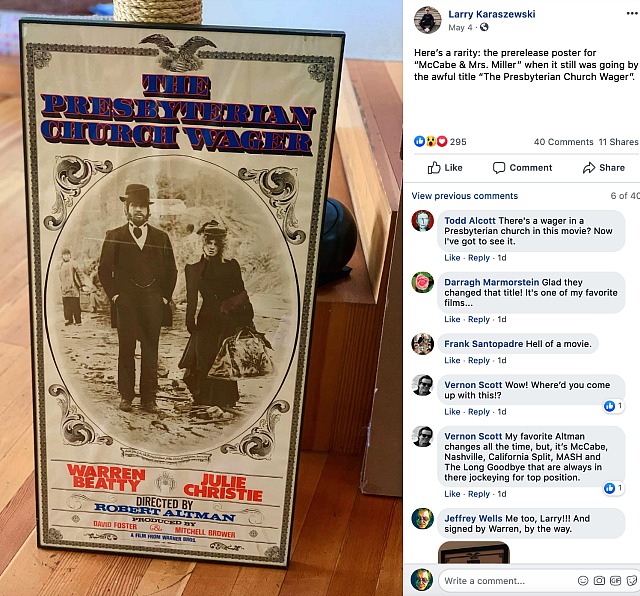 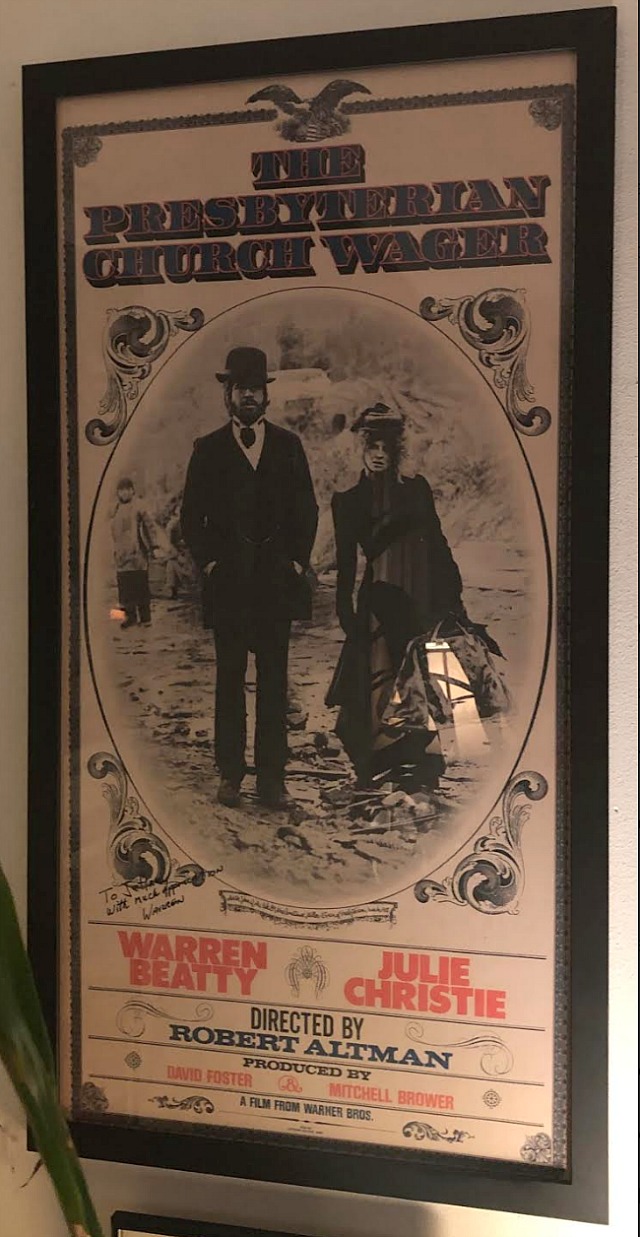