From sea to shining sea Americans are undoubtedly drinking more, getting stoned, dropping Percocets, etc. It’s all part of the general atmosphere of depression and stasis. Time is standing still. Writing for writing’s sake is the only thing that keeps me going. That and phone surfing, watching films, taking strolls and safe (if technically illegal) hiking.

Last night Tatiana wanted to get high, so we walked up to The Artist Tree and bought a $51 container of Crescendo plus some rolling papers. For roughly the same cost they sell four pre-rolled joints, but where’s the fun in that?

Tatiana tried to talk me into joining her, but I can’t even flirt with the idea. Getting ripped has been out of the question since my mid 20s, which was when I realized that cannabis potentially re-ignites “the fear,” a state of acute anxiety and terror that I don’t even want to think about as we speak. I accidentally re-experienced this in the late ’90s when I stupidly ate a pot brownie. I don’t know what I was thinking.

But Tatiana had fun, got the munchies, etc. 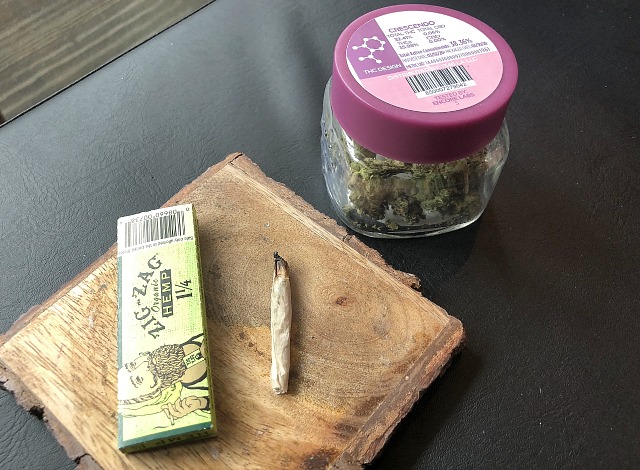 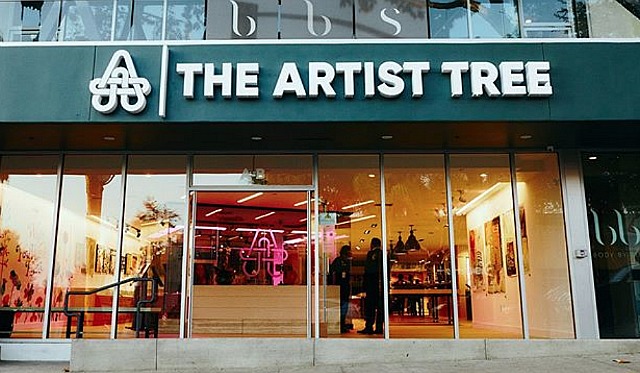 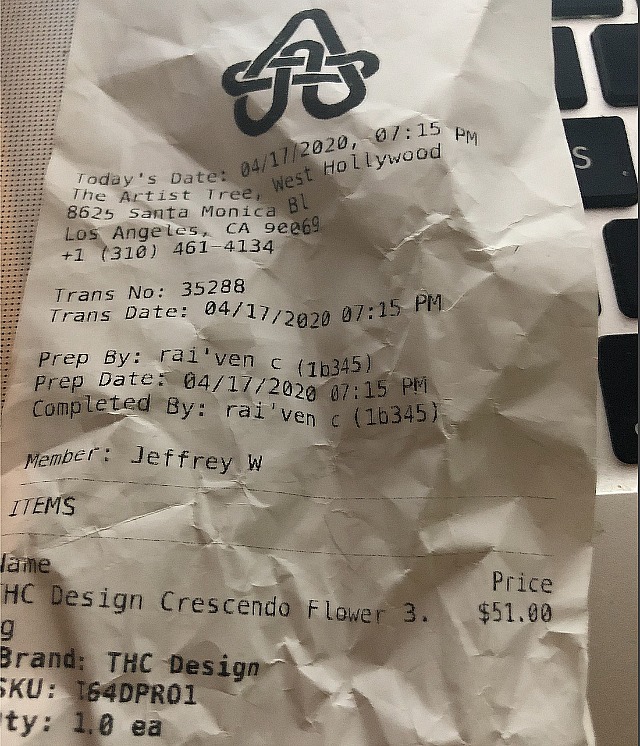