Nobody cuts action sequences today like the great George Tomasini did…Jesus, 65 years ago in To Catch A Thief. This somewhat leisurely car-chase scene, I mean. Tomasini was Alfred Hitchcock‘s top editor for 11 years (’54 to ’64) give or take, and for my money he’s one of the all-time greats.

The things I admire most about Tomasini’s expertise are (a) the sublime feeling of assurance that his cuts always seem to convey, (b) the elegant timing of each cut, each right across the plate and arriving at just the right speed and rhythm, and (c) the perfect harmony of all the Hitchcockian elements (mostly rear-screen in this sequence, the way the bus footage links up perfectly from both angles, the close-up of Cary Grant‘s feet tromping on the car floor…all of it). You just know you’re in good hands.

Okay, there’s one timing cheat in the below sequence. As Grace Kelly‘s car approaches the middle-aged woman carrying laundry across the hillside street, which forces Kelly to slam on the brakes. Too much time elapses between the initial sighting of the woman and Kelly’s screeching halt.

Wiki excerpt: “In a 2012 listing of the 75 best edited films of all time, compiled by the Motion Picture Editors Guild based on a survey of its members, four films edited by Tomasini for Hitchcock appear. No other editor appeared more than three times on this listing. The listed films were Psycho (the legendary shower scene), Vertigo, Rear Window and North by Northwest (the crop-duster sequence).”

To Catch A Thief aside, Tomasini also cut Hitch’s The Man Who Knew Too Much, The Wrong Man, The Birds and Marnie. He also edited I Married a Monster from Outer Space, The Time Machine, The Misfits, Cape Fear, Who’s Been Sleeping in My Bed?, 7 Faces of Dr. Lao and In Harm’s Way.

The poor man died of a heart attack at age 55. 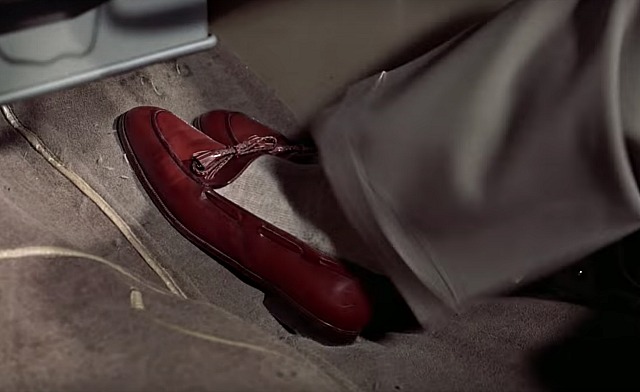 April 5, 2020by Jeffrey Wells16 Comments
« Previous post
No Problem With This
Next post »
Which Fall Film Festivals, If Any?