I don’t know who started this “which Best Picture Oscar winners would you like to be imprisoned with for the rest of the pandemic?” torture game (was it Sasha Stone?) but almost all nine groups have at least one stinker or killjoy. On top of which there’s no better way to learn how to despise good films than to watch them under these ghastly circumstances (forced confinement, lethargy, isolation, slow-boiling rage).  The ixnays are as follows:

House 1:  Re-watching The Artist is out of the question for the rest of my life as well as the lives of my two sons.

House 3:  15 years since I’ve seen Crash…I dunno.  I could watch Midnight Cowboy and The Godfather, Part II over and over.

House 4:  The killers are Chariots of Fire and, to a lesser extent, The English Patient.

House 5:  I’ve watched Parasite twice, thanks.  I can’t sit through that rainstorm sequence again.  The one in which they let the former maid into the home while they’re drunk and off-balance.

House 8:  It might be interesting to watch Gigi again, but Return of the King is out.

House 9:  The top four are great, but Slumdog Millionaire is refused because of that awful game-show host — it makes my skin crawl just to think of that guy. 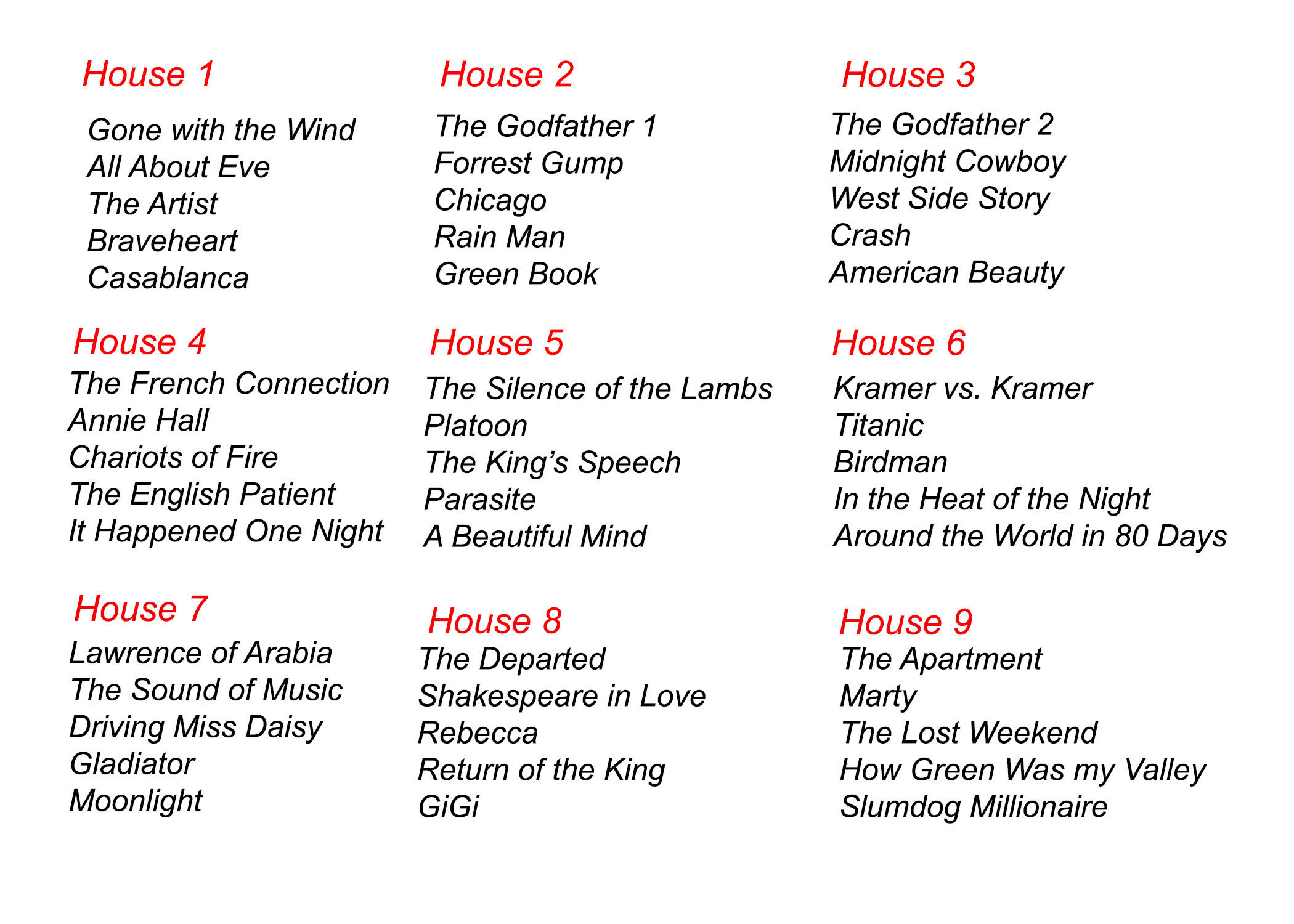