“Donald Trump is a bare-knuckled politician with imperial impulses, falsely claiming that ‘when somebody’s the president of the U.S., the authority is total,’ encouraging protesters bristling about social distancing policies to ‘liberate’ swing states, and saying that Speaker Nancy Pelosi will be “overthrown, either by inside or out.”

“Trump has completely politicized this pandemic and the briefings have become a tool of that politicization. He is standing on top of nearly 40,000 dead bodies and using the media to distract attention away from them and instead brag about what a great job he’s done.

“In 2016, Trump stormed the castle by outwitting the media gatekeepers, exploiting their need for content and access, their intense hunger for ratings and clicks, their economic hardships and overconfidence.

“It’s all happening again. The media has learned nothing.” 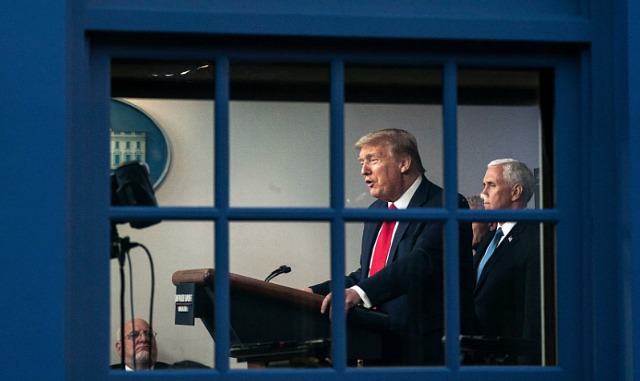