The brilliant Shirley Knight has passed at age 83. A baby buster from Oklahoma, Knight’s acting career spanned nearly 60 years (’59 to 2018). She peaked between ’60 and the late ’70s, but never slowed down. Her last film, Periphery, was released two years ago.

Knight’s performance as the escaped housewife in Francis Coppola‘s The Rain People (’69) is probably her strongest career highlight, followed by her Oscar-nominated turns in Dark At The Top Of The Stairs (which I’m ashamed to admit I’ve never seen) and Sweet Bird of Youth (’62).

Her relatively small supporting role in Richard Lester‘s Juggernaut (as a cruise-line passenger who has a fly-by-night affair with the ship’s captain, played by Omar Sharif) wasn’t any kind of career milestone, but her performance was first-rate. Her best moment was when she danced with Roy Kinnear.

More recently I was impressed by her mother-of-Helen Hunt performance in As Good As It Gets (’97), which was eccentric, spirited and funny.

I never saw Knight’s Tony-nominated performance in Kennedy’s Children (’76), and I don’t even remember her in Endless Love, Divine Secrets of the Ya-Ya Sisterhood or Grandma’s Boy…sorry. And I never saw her in Redwood Highway, a 2013 indie in which she costarred with Tom Skerritt.

I spoke to Knight at a party about four or five years ago. I told her I wished I could re-view The Lie, a 1973 live-TV drama that was written by Ingmar Bergman and dealt with a stale upper-middle-class marriage. It was captured live and on videotape at the CBS Television Center on Beverly and Fairfax. Knight played George Segal‘s wife who was having an affair with Robert Culp, or maybe the other way around. (The fact that it included a discreet semi-nude scene was striking for television back then.) Knight said she’d never seen it, and didn’t know if it had been offered for rent or sale or anything. Apparently a cruddy-looking MUBI version was viewable not long ago. 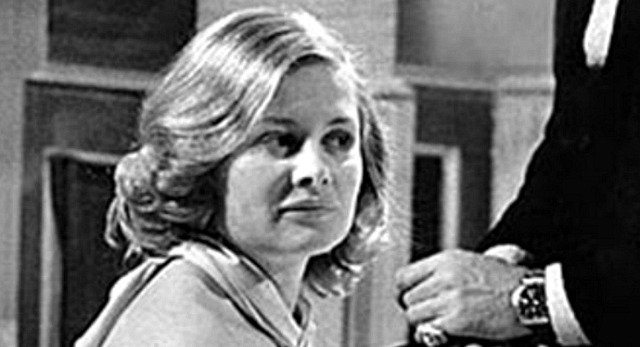 Knight in The Lie, a 1973 live TV presentation that was written by Ingmar Bergman. 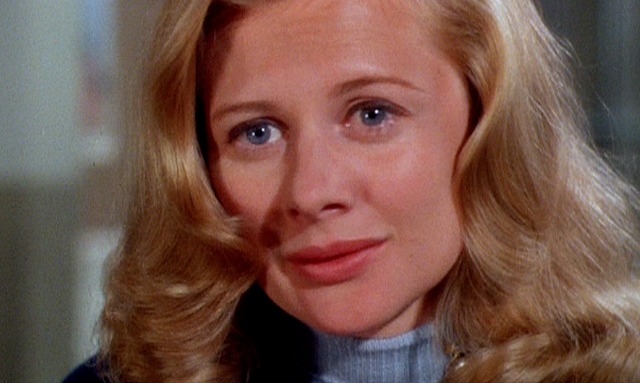