What is the implication when a rightwing Christian woman like Kayleigh McEnany says that “people should be allowed to pray to their gods“?

This made sense when Peter Ustinov told Jean Simmons to “thank your gods” in Spartacus, because the common Roman belief in pre-Christian times was that several gods held sway. But today even the dumbest evangelical Christian understands that there’s a single unifying cosmic and mathematical order to the universe, and that “Allah” is the same entity as the Biblical King James God or, if you will, the entity whom the ancient Judeans prayed to as “Eli”.

True — there are millions of idiots in this country who believe that “God” is some kind of all-powerful, white-bearded sentient administrator in flowing robes who gets involved in the moral particulars of human behavior on the planet earth…who roots for this or that human to do the right moral thing when push comes to shove, and who gave Moses the Ten Commandments and who wept (but did nothing) during the Holocaust and who is gravely disappointed if humans fail to show proper reverence and respect for His authority, etc.

He doesn’t exist, of course, but if He did he would probably say to little Kayleigh in her sleep, “Do you honestly believe that there are competing Gods in heaven, watching over their respective spiritual flocks? Do you not at least understand that there is only one unifying celestial force, and that whatever term is used by whatever culture it’s the same vibration all over?” 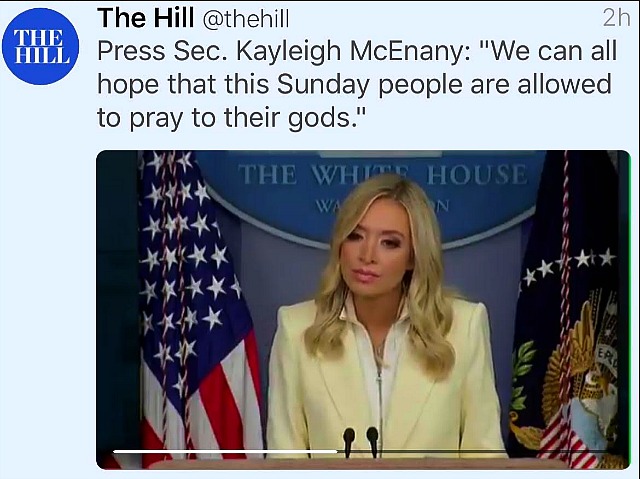