The only title that would even begin to make sense would be Lick The Blood Off My Hands, but that’s a job for a dog and not Joan Fontaine.

It apparently never occured to director Norman Foster, producer Richard Vernon, screenwriters Leonardo Bercovici and Walter Bernstein or original author Gerald Butler that nobody is ever going to kiss the blood off anyone’s hands. Even if the blood is freshly spilt kissing the bloodied area wouldn’t remove it — at best you’ll create little lip-pucker impressions in the region of the wound. Blood always dries quickly and turns a dark reddish brown, and once that happens even dogs wouldn’t be able to lick it clean.

I’ve seen most of the major ’40s noirs, but I never came close to this puppy because of Butler’s title. 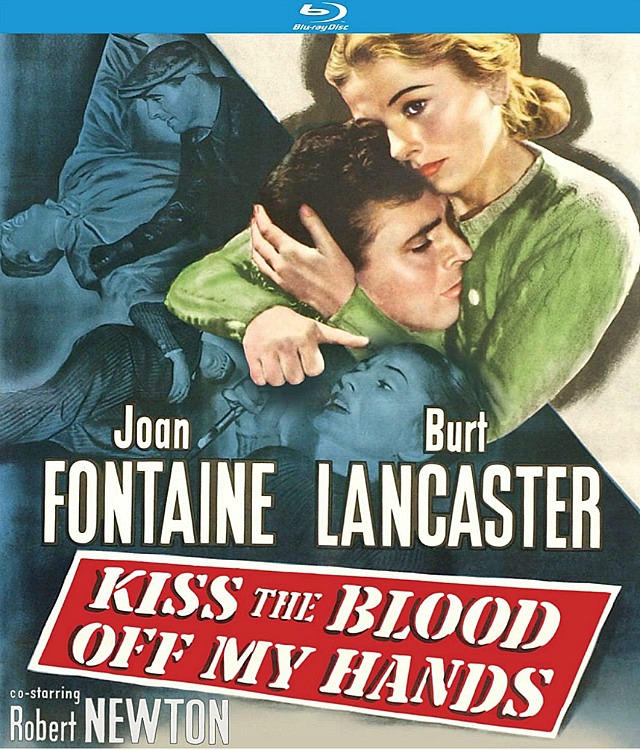 May 5, 2020by Jeffrey Wells7 Comments
« Previous post
“…That Only The Very Stupid Can Understand”
Next post »
In Memory of Tara Reade