I was in a sluggish, downish mood this morning, and I couldn’t get rolling with the column. And then Faye Dunaway rescued me. In the space of two or three minutes I was smiling, happy. I watched it again twice.

How could Dunaway and director Frank Perry have possibly calculated that audiences (gay guys especially) wouldn’t have relished the camp value? How could they have expected otherwise in the face of such intense Kabuki theatre?

My first viewing of Mommie Dearest was in late August 1981, inside an upper-story screening room within the Paramount building at Columbus Circle. I distinctly recall the gaiety in the elevator after it ended; two or three passengers were cooing and squealing with laughter. It took Paramount marketing a while to realize what was happening. Five or six weeks after the 9.18.81 opening the tongue-in-cheek ads appeared– “The biggest mother of them all.” 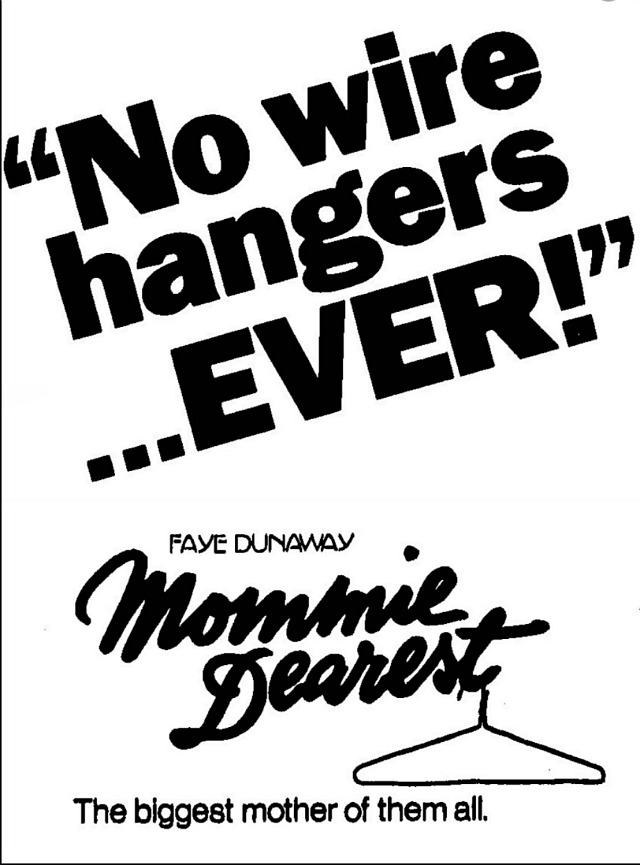 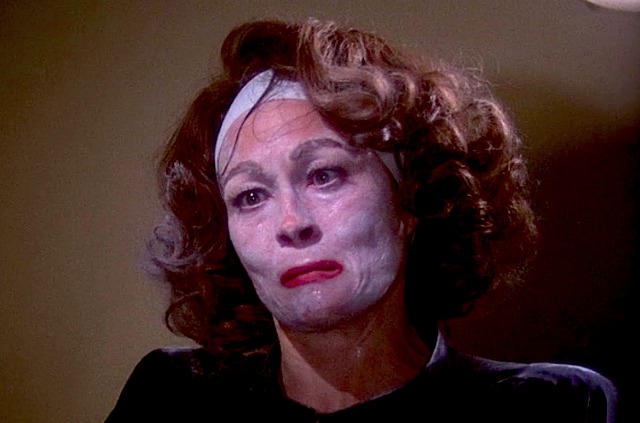