My recently ordered Jaws 4K Bluray was on the doorstep when we returned last evening (7:45ish) from Mexico. I popped it into my Samsung 4K Bluray player around 9:30 pm, and almost immediately I was going “wait…what? This is it?”

Because I wasn’t seeing my #1 basic requirement when it comes to 4K discs, which is a moderately exciting bump or an agreeable change for the better compared to the most recently released 1080p version. Official HE verdict: The 4K upgrade of Steven Spielberg‘s sea-change classic is approvable but underwhelming.

Here’s how I explained it last night to a tech-savvy industry friend: “I watched the 4K Jaws tonight, and while it certainly looks crisp and clean and handsome enough, there’s no detectable enhancement compared to the eight-year-old 1080p Bluray version. Not to these eyes, at least. 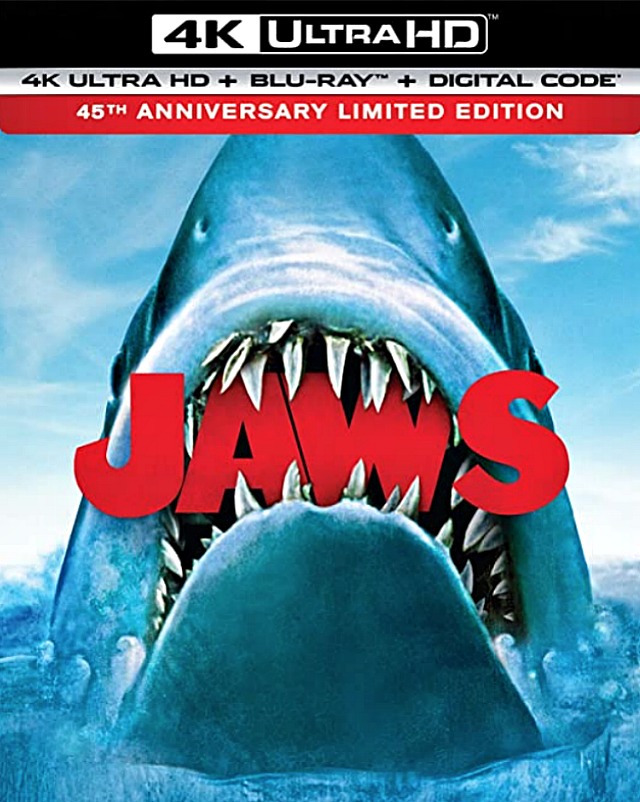 “And please don’t start with your old ‘have your 4K player and TV been properly calibrated?’ question, which you throw at me every time there’s an issue. My set-up is close to dead perfect. Everything always looks great on it. I’ve never been happier with a TV in my life.

“But the 4K Jaws disappoints. We tend to forget that Bill Butler‘s cinematography was never intended to be eye candy. It’s a utilitarian small-town drama mixed with a monster flick. Butler delivered pro-level work, but the idea was never to get people to drop to their knees. Obviously shot with efficiency, but never an attempt to show off. Butler was unpretentiously serving the story while delivering natural atmospheric elements.

“We tend to forget that color-wise Jaws is just this side of slightly desaturated, and many of the exterior shots have a kind of hazy seaside humidity appearance. It’s almost a little soft-focusy, and it certainly looks misty in some daytime scenes. Which is fine in itself. I’m just saying that it looks and feels like the 2012 Bluray. Not a bad looking presentation, but it hardly ever jumps out at you. It never makes you say ‘wow, I’ve never seen it look this good.’

“The bottom line is that I feel burned. My feeling is that Universal Home Video hustled me. They sold me a bill of goods. They tied a tin can to my tail. They led me down a garden path. They flim-flammed me.”

Tech guy has also seen the 4K Jaws, and his assessment was more generous. “It’s very different from the 2012 Bluray,” he said. “A far more cohesive image. Solid colors. Nice HDR that actually works. Dolby Atmos, which you can play with a sound bar. And perfect grain levels.”

HE reply: “What about the forthcoming Spartacus 4K disc (7.21)? Have you heard if it delivers any kind of bump? I’m not sure I want to shell out for this. I’m feeling a bit swindled here.

“Remember that I’m a Bluray peon — I look and see and judge in peon terms. Your technical perspective and insight are reflected in what you wrote and are much appreciated, but it doesn’t look substantially different than the 2012 Bluray. Not really.

“No bump, no buy. That’s how peons see things when it comes to a potential 4K purchase.”

However, the 4K Jaws also contains that legendary two-hour “Making of Jaws” doc that stretches back to the laser-disc days. If you’ve never watched it, please do. 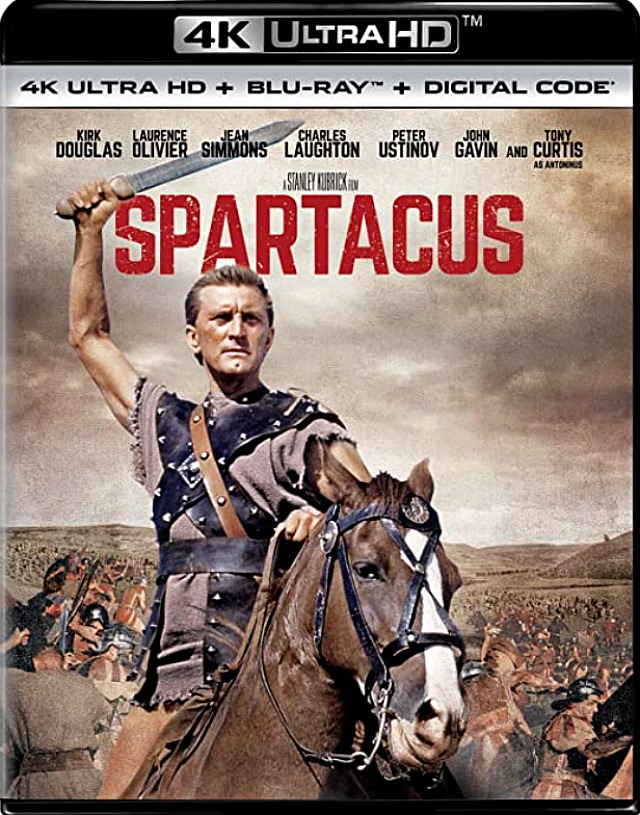 June 9, 2020by Jeffrey Wells28 Comments
« Previous post
“A Minor Point At Such A Moment”
Next post »
Rally Round