“It’s been mind-boggling to watch White Fragility celebrated in recent weeks. When it surged past a Hunger Games book on bestseller lists, USA Today cheered, ‘American readers are more interested in combatting racism than in literary escapism.’ When DiAngelo appeared on The Tonight Show, Jimmy Fallon gushed, ‘I know…everyone wants to talk to you right now!’

“White Fragility has been pitched as an uncontroversial road-map for fighting racism, at a time when after the murder of George Floyd Americans are suddenly (and appropriately) interested in doing just that. Except this isn’t a straightforward book about examining one’s own prejudices. Have the people hyping this impressively crazy book actually read it?

“DiAngelo isn’t the first person to make a buck pushing tricked-up pseudo-intellectual horseshit as corporate wisdom, but she might be the first to do it selling Hitlerian race theory. 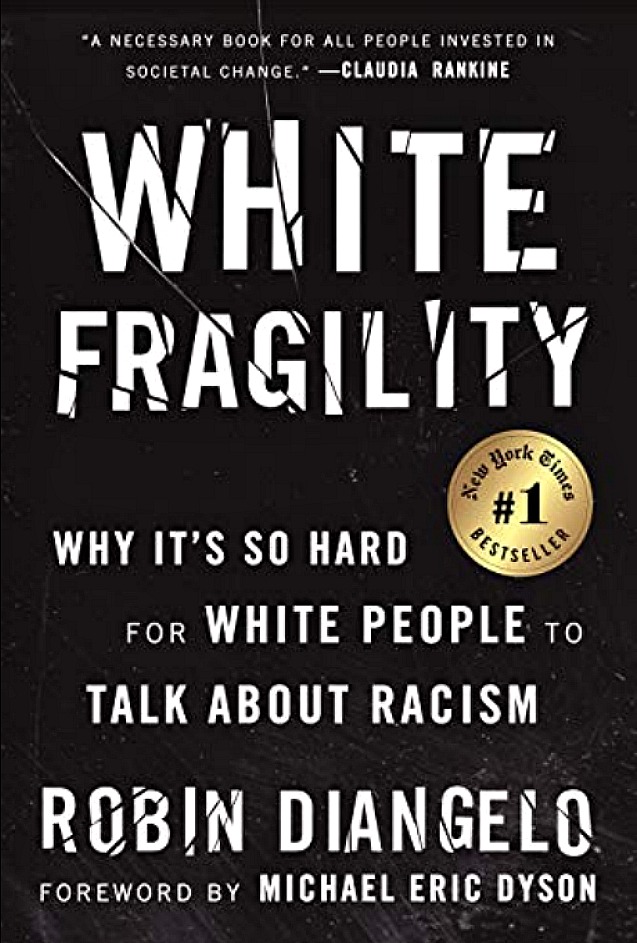 “White Fragility has a simple message: there is no such thing as a universal human experience, and we are defined not by our individual personalities or moral choices, but only by our racial category.

“If your category is ‘white,’ bad news: you have no identity apart from your participation in white supremacy (‘Anti-blackness is foundational to our very identities…whiteness has always been predicated on blackness’), which naturally means ‘a positive white identity is an impossible goal.’

“DiAngelo instructs us there is nothing to be done here, except ‘strive to be less white.’ To deny this theory, or to have the effrontery to sneak away from the tedium of DiAngelo’s lecturing – what she describes as ‘leaving the stress-inducing situation’ — is to affirm her conception of white supremacy. This intellectual equivalent of the ‘ordeal by water’ (if you float, you’re a witch) is orthodoxy across much of academia.

“DiAngelo’s writing style is pure pain. The lexicon favored by intersectional theorists of this type is built around the same principles as Orwell’s Newspeak: it banishes ambiguity, nuance, and feeling and structures itself around sterile word pairs, like racist and antiracist, platform and deplatform, center and silence, that reduce all thinking to a series of binary choices.”