The always sharp, wise and amusing Richard Rushfield did a funny thing in his latest Ankler column. He appeared to take the side of the Variety wokester snowflakes in a riff about the furloughing of editor-in-chief Claudia Eller over a Twitter argument she got into with a freelancer-of-color about diversity.

To my shock and horror Rushfield more or less said “well, she kind of deserved it because she was too crusty and flinty and huffy.” Nobody’s saying Claudia isn’t Claudia, but Rushfield thinks it’s fine that she got deep-sixed over a sensitivity issue? In the face of her sterling, decades-long career in entertainment journalism? Really?

Here are the first few graphs: 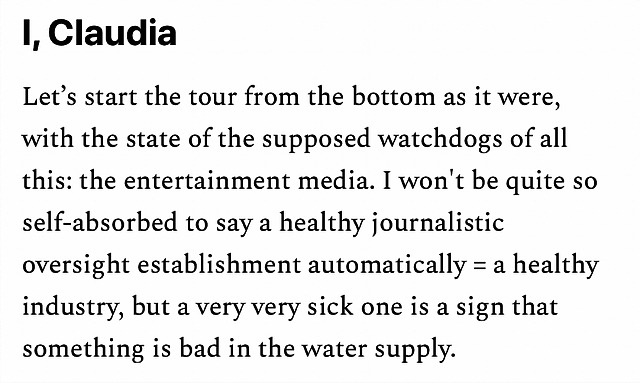 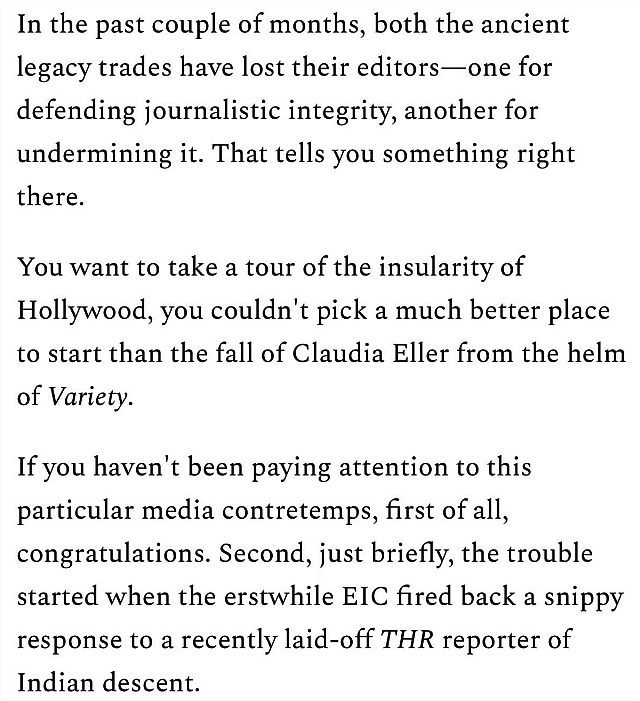 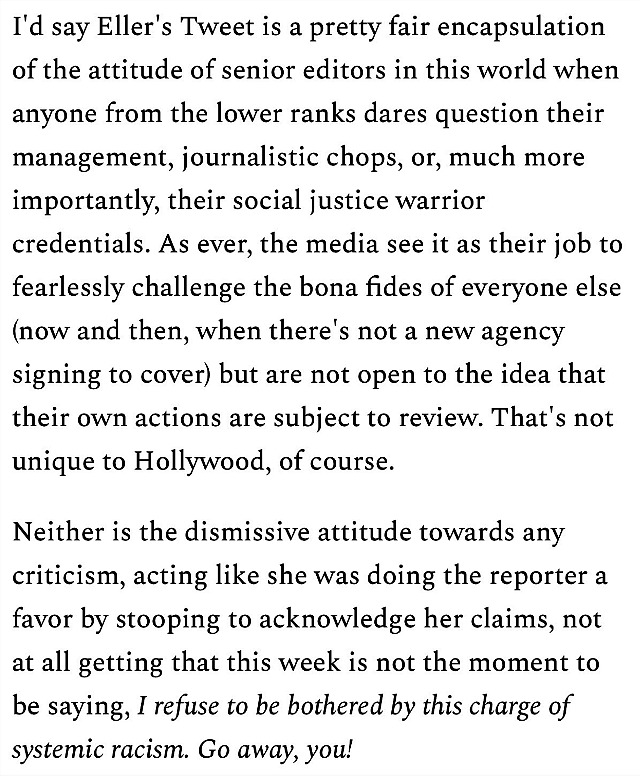 And here’s what I wrote Richard this morning:

“I know Claudia and her edgy, push-push, sometimes aggressive personality, but she’s a tough nut and a sharp journalist. She didn’t kill or sexually assault anyone or abscond with company funds or murder her dog. She got a little brusque and huffy with a freelancer who was goading her. On Twitter.

“You do understand what’s happening these days in newsrooms, right? Or do you not feel in your gut that Bari Weiss is telling it exactly like it is?

“The wokesters are what they are and standing foursquare for their convictions, okay, but they will slit your digital throat or at least sledgehammer your ankles if they’ve decided you need to be diminished or retired because you don’t respect their need for emotional and psychological safety.

“Wait, am I allowed to use the term ‘pampered, over-indulged, hyper-sensitive, falsetto-voiced, knee-jerk snowflakes’? I wouldn’t want to use a term that would, you know, offend them or anything.

“I guess you could say I feel a certain allegiance with Weiss, Bill Maher, Joe Rogan (except for his hateful dismissals of Doddering Joe Who Might Save Us All), Jordan Peterson, Sam Harris and other like-minded souls who’ve visited Rogan and Maher’s talk shows.

“Anyway, do you think it’s fair to suggest that the steely and (okay) vaguely-abrasive-at-times Eller is unredeemable toast because she got snippy with a freelancer of color? Really? She gets put out to pasture for THAT?

“Please tell me you you’re not thinking of going over to the other side and signing up with the snowflake brigade. Please. Not you, not now.”