Presumably a fair-sized percentage of the HE community saw Spike Lee‘s Da 5 Bloods over the weekend. So what’s the verdict? I was moderately down with it, one or two reservations aside, and I recognize that those who enjoyed and/or admired it are very impassioned. Then again there’s still a significant disparity of reactions between critics and Joe Popcorn on Rotten Tomatoes and the IMDB.

From a sporting perspective it has to be acknowledged that Lee and Netflix have either (a) lucked out from a sociological perspective, given the events of the last three weeks, or (b) played the marketing brilliantly by reminding viewers that echoes of our current malaise are reflected in the film. Or a combination of the two.

I respect the apparent fact that Delroy Lindo‘s performance has become a potential Oscar contender, although there’s some dispute as to whether he belongs in a lead or supporting category. As the film is basically an ensemble with no real leads, I think he belongs in supporting.

As much as I’m personally disappointed in Spike for failing to mention uncontested facts in his initial defense of Woody Allen last Friday, I don’t hold it against him for apologizing when #MeToo wokesters pressured him. His initial support for Allen was phrased in a way that seemed to under-appreciate the seriousness of sexual assault, and he had to correct that.

It’s just too bad that he didn’t state plainly and simply that there’s no basis for believing that Allen is guilty, especially if you read the Moses Farrow essay. 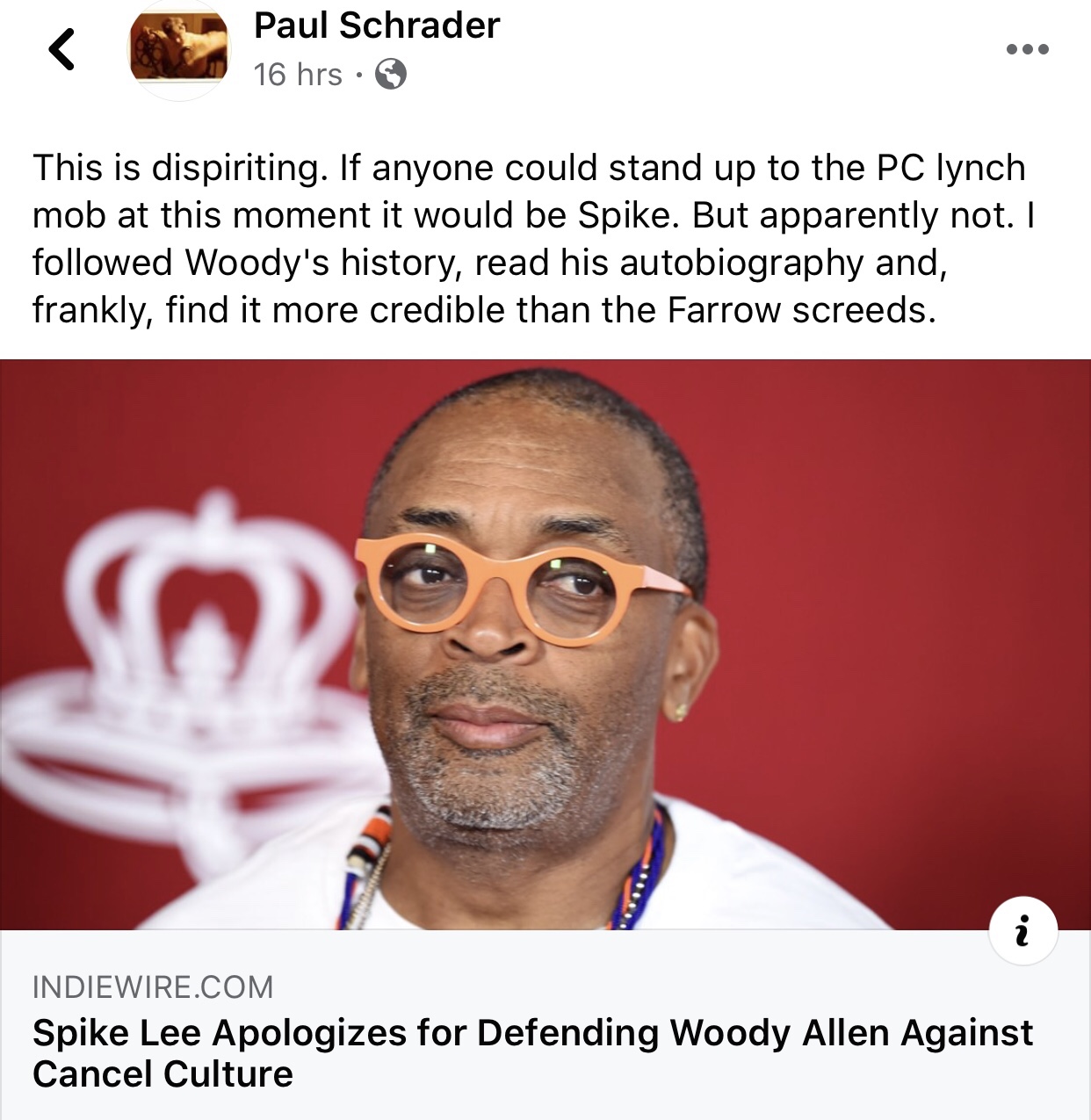 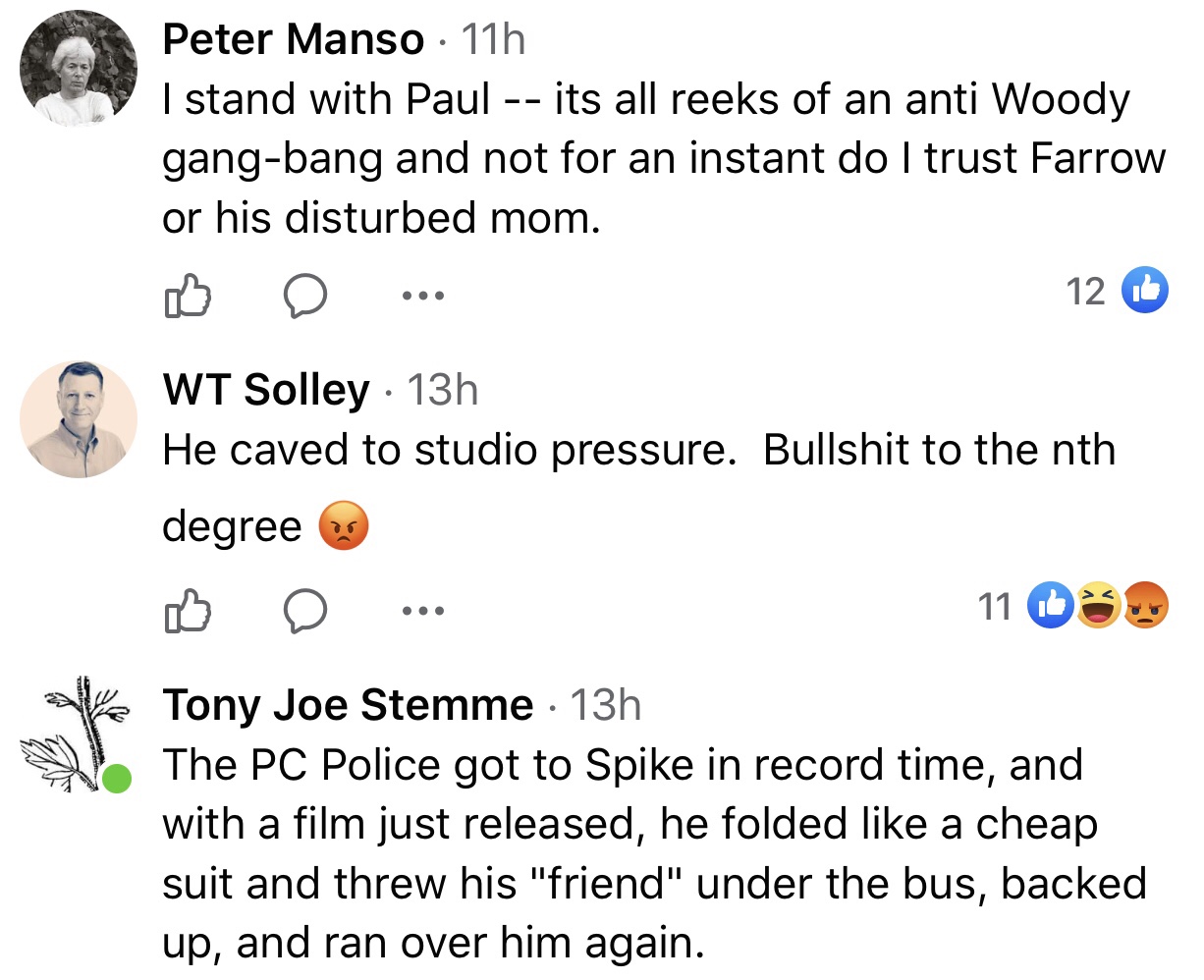