Mueller Blew It (What Else Is New?)

From Jeffrey Toobin‘s “Why The Mueller Invetigation Failed,” posted a day or sp ago by The New Yorker: “The President has tweeted about Mueller more than three hundred times, and has repeatedly referred to the special counsel’s investigation as a ‘scam’ and a ‘hoax.’ Barr and Graham agree that the Mueller investigation was illegitimate in conception and excessive in execution—in Barr’s words, ‘a grave injustice’ that was ‘unprecedented in American history.’

“According to the Administration, Mueller and his team displayed an unseemly eagerness to uncover crimes that never existed. In fact, the opposite is true.

“Mueller had an abundance of legitimate targets to investigate, and his failures emerged from an excess of caution, not of zeal. Especially when it came to Trump, Mueller avoided confrontations that he should have welcomed. He never issued a grand-jury subpoena for the President’s testimony, and even though his office built a compelling case for Trump’s having committed obstruction of justice, Mueller came up with reasons not to say so in his report.

“In light of this, Trump shouldn’t be denouncing Mueller — he should be thanking him.” 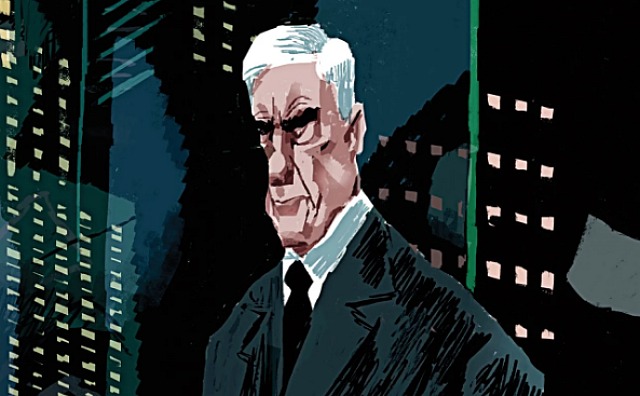 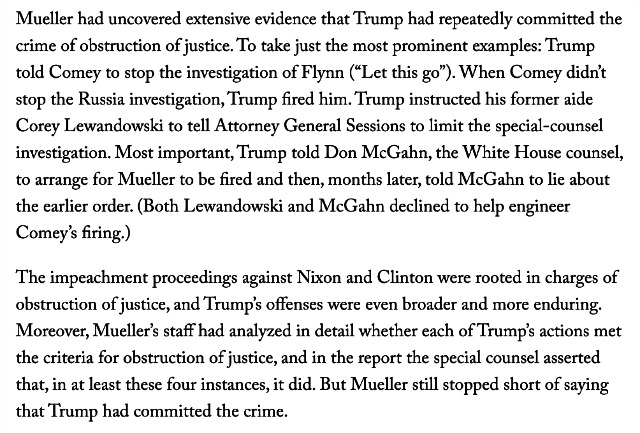 June 30, 2020by Jeffrey Wells21 Comments
« Previous post
So Hathaway Got It Wrong?
Next post »
Carl Reiner Was God