Seriously, what is wrong with these people? I understand paying tribute to two Russian spies who died here in the summer of 1959 — one from a fall after wrestling with a New York advertising man, another shot by U.S. marshalls as he attempted to cause the ad man’s death by stepping on his fingers. But where’s the sense in not wearing masks?

Dawn Porter‘s John Lewis: Good Trouble “opens” today. The Rotten Tomatoes gang approves (91%), and $6.99 for a 48-hour rental window seems reasonable. From Ben Kenigsberg’s N.Y. Times review: ‘Although the film uses a conventional format, it makes an urgent argument: that a new wave of voter suppression has threatened the rights that Lewis labored to secure. That context gives older footage — of Lewis and Julian Bond encouraging voter registration in 1971 in Mississippi, for instance — a renewed power.”

Most of us are willing to buy into a time-travel scenario. All we ask is that the filmmakers supply some kind of half-believable premise (a speeding DeLorean with a flux capacitor, a spinning-wheel time machine built by H.G. Wells) that doesn’t make us choke.

Seth Rogen, Simon Rich and Brandon Trost‘s An American Pickle (HBO Max, 8.6.20) doesn’t even try to respect the basic rules. By insisting on the ridiculous — that a bearded Yiddish immigrant becomes mummified in 1920 after falling into a vat of pickles (i.e., brined alive, escaping death) — they’re more or less giving the friendly finger to HBO Max subscribers.

Basic message: “We could’ve come up with a better time-travel device but we couldn’t be bothered, and you guys don’t give a shit anyway so what does it matter?”

Does anyone care about a relationship between a couple of Jewish dudes separated by 100 years? A Jewish guy who falls into a vat of pickle juice in 1965 might’ve worked. Then you’d have a culture-clash scenario between a young boomer and his Millennial-aged nephew or grandson. People could relate to that on some level, but who cares about an old-school guy from Eastern Europe (basically a riff on the married Yiddish guy from the beginning of A Serious Man)?

Who knows if anyone would want to remake The Rock (celebrating its 25th anniversary next year), but if they tried the dialogue would make absolutely no mention of small-town prom queens being deflowered by ruggedly macho winners.

A great, innovative, fresh-water musical, but the moment (i.e., late Obama) has passed and that’s that. 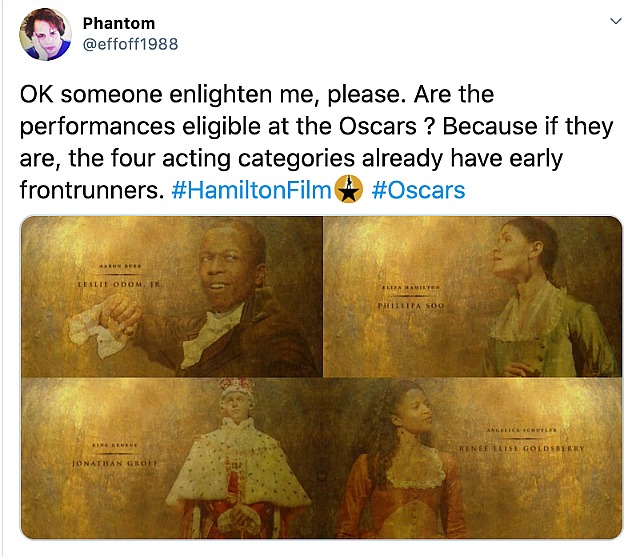 For years I’ve been awaiting the end of superhero megaplex dominance…for the twin giant squids of formulaic entanglement and corporate piss-soaking (DC Extended Universe, Marvel Cinematic Universe) to lose their mojo and crash into the streets like the Martian space ships in George Pal‘s War of the Worlds.

Native microscopic organisms killed the aliens in that 1953 classic, and the same kind of biological process has brought a temporary halt to the annual superhero summer onslaught…thank God.

Would superhero flicks be absent without the intervention of COVID-19? No, but the DC/Marvel machine does seem to be slowing down. Either way we’re in the midst of the first spandex-free summer in a dozen years (2008 being the summer of Iron Man).

From A.O. Scott‘s “A Summer Without Superheroes“, posted on 7.1.20: “Popular culture and politics exist on the same wavelength and work together to shape our shared consciousness. The fantasies we buy into with our attention and money condition our sense of what it is possible or permissible to imagine. And the imagination of Hollywood in the franchise era — the age of I.P.-driven creativity and expanded-universe cinema — has been authoritarian, anti-democratic, cynical and pseudo-populist. 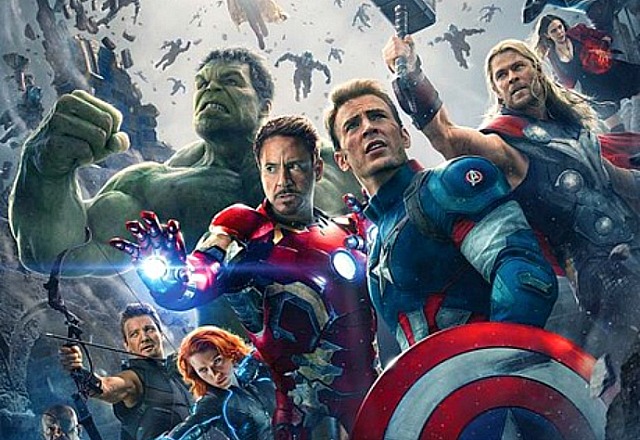 “That much of the politics of the past decade can be described with the same words is hardly an accident.

“[But] maybe, as we use this time to rethink many of the other systems that have seemed so immutable, so natural, so much a part of the way things just are, we can reflect on why we thought we needed all those heroes in the first place, or how they were foisted on us. Eventually, we’ll go back to the movies, but maybe we’ll be less docile, less obedient, when we do. I’m not necessarily saying that we should abolish the Avengers or defund the DC universe, but fantasies of power are connected to the actual forms that power takes. What feels like a loss in this superhero-free summer might be liberation.”

What Scott seems to be saying (unless I’m misreading) is that the current surge of BLM, #MeToo and cancel-culture activism by way of loony-left absolutism (i.e., progressive wokester Khmer Rouge enforcement by way of SJW guilt, Robespierre finger-pointing, safe-spacing, editorial fanaticism, Woody Allen sliming and statue tear-downs) may be spawning some kind of psychological antidote to the mass market docility of the superhero era (’08 to ’19)

Clarification: HE doesn’t regard Todd Phillips‘ The Joker as an example of smirking dipshit suffocation — that was an urban noir one-off. And The Batman won’t be this kind of film either, if I know anything about the cinematic inclinations of Matt Reeves.