I realize that the anger over Trump and Barr’s militarized goons detaining protestors has given a new impetus to the Oregon street protests, but what kept these protests going before the goon troops arrived?

The coast-to-coast incendies of late May and early June have obviously chilled. BLM-ers in major cities across the nation have decided to downshift for the time being and take a breather.

But not in Portland. Or, to go by today’s reporting, Seattle. So what needs to happen before somebody calls a time out? Or is this a new and permanent way of life?

Do Portland protestors want some sort of no-confidence election? Mass resignations from local white officials? Resignations of the entire Portland police force so the city can be Camden-ized? 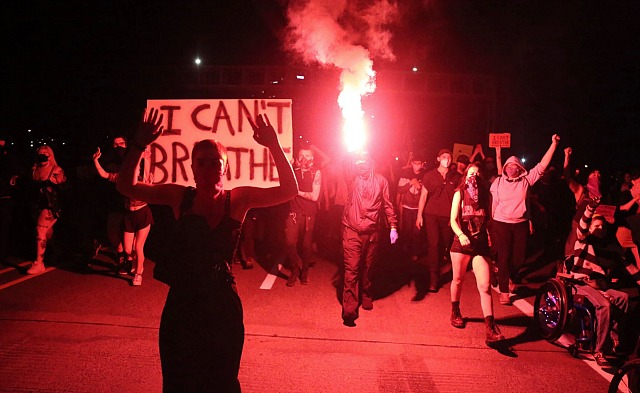 NOW: Rioters are looting an Amazon store in Seattle
pic.twitter.com/Eb3IWBgX78

Two days ago N.Y. Times opinion writer Charlie Warzel noted that the Portland street demonstrations, ignited by the Minneapolis murder of George Floyd on 5.25, have been happening for 50 days straight. (53 as of today.) Warzel wrote about the stress of being in constant combat, and of likely PTSD down the road. Will the Portland actions still be going after 75 days? 100?

Posted on 6.3.20: “Terrible convulsive traumas have sadly happened to this country from time to time. But they’ve never been long-term. A few days or a week, and then everyone began to gradually emerge and resume basic routines.

“JFK was shot on Friday, 11.22.63 and buried on Monday, 11.25. Four days of emotional gloom and devastation. And on Tuesday, 11.26, the world slowly started again. The grief never went away, of course, but the wheels of commerce and culture began to turn.

“John Lennon was murdered on 12.8.80. The shockwaves of anguish were devastating. Everyone wept. But after a few days or a week, the clouds began to dissipate.

“The Los Angeles Rodney King riots lasted for six days (4.29.92 to 5.4.92). The aftermath seeped and simmered. Nobody ever forgot what happened. But on the seventh day the world began to move on.

Pretzels are junk, of course, but I lived for the damn things when I was a kid. (Along with red licorice, ice pops, Hershey bars and hot mashed potatoes.) Every now and then I’ll buy a small bag for old times’ sake, but they aren’t as liberally salted as they used to be. Without proper salting they taste dull. That all changed two or three days ago when I bought a bag of Good Health pretzels — gluten-free and sea-salted. My first thought was “my God, these are wonderful.” One bite and I was suddenly ten years old again. Not to mention free of gluten, wheat, egg, dairy, soy, cholesterol. 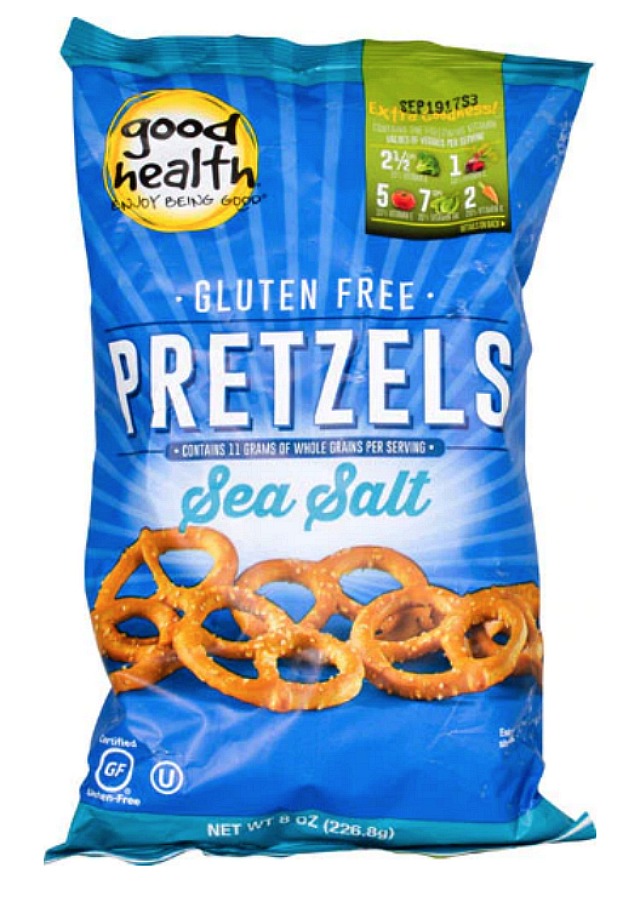 Yes, many older white voters have stopped supporting the Orange Plague, which is one reason why Joe Biden is ahead in national polling by double digits. But a hardcore contingent (roughly 37%) is sticking with this beast, and most of these voters are white. Mostly under-educated rurals but what a legacy for those of European descent. And for this I feel appalled and to some extent tribally ashamed, being a whitebread myself.

What kind of stubborn, intellectually stunted animal would vote for Trump at this stage, a stone sociopath whose denial, stupidity and mismanagement of the coronavirus threat caused or at least hastened the deaths of over 130,000 Americans and who clearly and obviously regards the world like a lying criminal?

The only defense I can offer is that there are millions of decent, fair-minded, well-educated American whites who despise Trump as much as I do. Descendants of decent, fair-minded forebears who lived politely and responsibly, paid their taxes, judged people by their character and mowed their front lawns on Saturday. Urban and suburban X-factor whites who currently watch MSNBC and read books and have visited Venice and Paris and wear Italian-made lace-ups, etc.

TRUMP: “I think mail-in voting is going to rig the election.”

WALLACE: “Are you suggesting that you might not accept the results?”

WALLACE: “Can you give a direct answer that you will accept the election?

TRUMP: “I have to see.” pic.twitter.com/mPDPLY9vsr

I haven’t the slightest interest in catching Savage, a New Zealand street-gang drama in the vein of Once Were Warriors. (No mullets.) I couldn’t care less about Spinster, a spirited dramedy about a single woman facing her 40s. Ditto The New Mutants, a long delayed X-Men-related horror flick. No offense but Brandon Cronenberg‘s Possessor will have to wait. If I never see Hard Kill it’ll be too soon. Ditto Brian Skiba and Ryan Phillippe‘s The 2nd, a thriller that I wouldn’t see with a knife at my back. And that’s a double ixnay for Work On It, a dancing-competition flick, and for Words on Bathroom Walls, a coming-of-age drama that costars Charlie Plummer. And I wouldn’t see Project Power, a Jamie Foxx + Joseph Gordon-Levitt action flick about a superpower drug, if I was paid $20 or even $50 — I would refuse to watch it out of principle.

I would, however, pay to see Chris Nolan‘s Tenet, which won’t be opening until…what, mid-fall? Later? And I’d pay to see Unhinged, whenever and however that Russell Crowe road rage film finally streams. And I’m definitely looking forward to the new 4K Spartacus, which will arrive mid-week.

What a miserable time to be alive for film lovers.

I’ve been to San Felipe twice, once with the kids in the mid ’90s and three or four years before that. One of the tourist attractions is the banana boat rides — inflatable, banana-shaped tubes hauled by a motorboat across the Sea of Cortez. It cost $20 back in the Clinton era. A couple of friends and I were on the back of one, and moving at a good clip — 25 or 30 mph. Then the motorboat driver made a too-sharp turn to the right, and in a flash we all got dumped. Less than a second. 27 or 28 years and I’ve never forgotten this. Ditto the tasty but inexpensive fish tacos they sell on San Felipe’s main drag near the beach.

“A friend got pulled over in Jersey around Halloween. He had a pumpkin in the truck and told the cop that the pumpkin had rolled off the seat and jammed the gas pedal. The cop took his license and registration, went back to his vehicle, returned three or four minutes later and said, ‘Okay, I’m not going to give you a ticket.’ Breathing easy, my friend said, “Thank you, officer…much appreciated.’ And then the cop said, ‘But here’s the ticket for your pumpkin. He has 10 days to pay it.'” — posted on YouTube by “tackless”, sometime in ’17.