Last weekend I watched Richard Attenborugh, William Goldman and Joseph E. Levine‘s A Bridge Too Far (’77), which I hadn’t seen since it opened 43 years ago. I was surprised to discover that despite its somewhat lackluster reputation (certainly among the critics of the day) that it plays half decently.

As ambitious in its attempt to capture the failure of Operation Market Garden as the 1944 Allied military campaign itself, A Bridge Too Far was an all-star WWII epic in the tradition of The Longest Day. Both are based on books by Cornelius Ryan.

The difference is that ABTF explores a downish note of defeat and disillusion and mismanagement rather than hard-won victory, and as such can be seen as the first military fuckup movie in a long series of such films, the kind in which the good guys (i.e., our side) get their asses flanked and kicked and shot all to hell, and are left wondering “what the hell happened?” 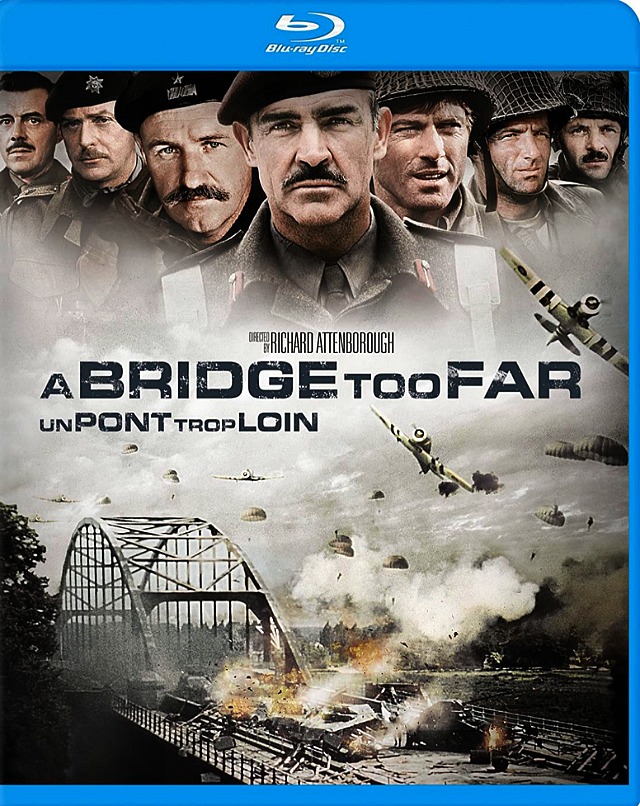 The Outpost, Lone Survivor, Hamburger Hill, Black Hawk Down, The Hurt Locker, In The Valley of Elah, Platoon, We Were Soldiers — all of these films owe a debt to A Bridge Too Far, just as Attenborough’s film owes a debt in return to Lewis Milestone‘s somewhat glum and bitter Pork Chop Hill and you tell-me-what-else.

American forces engage the enemy for shaky or questionable or dubious reasons and the troops involved get pounded all to hell and nearly wiped out. Those who survive are left shattered, exhausted, gutted. “Well, we fucked up but at least we learned something…or did we?”

There are so many famous faces in A Bridge Too Far — James Caan, Sean Connery, Robert Redford, Michael Caine, Edward Fox, a cigar-chomping Elliott Gould, Anthony Hopkins, Gene Hackman, Maximilian Schell (as a thoughtful and humane German officer), Hardy Krüger, Laurence Olivier, a baby-faced Ryan O’Neal, Liv Ullmann, etc. There’s no escaping a presumption that these performances are entirely about the paycheck, and so it’s hard if not impossible to invest in the various stories and vignettes.

And yet I was taken by Redford’s action cameo as Maj. Julian Cook, famed for leading a crazy military crossing of the Waal river during Operation Market Garden. And I related to Connery’s Major General Roy Urquhart, and Caan’s Staff Sergeant Eddie Dohun (based on Charles Dohun). And two or three others.

You have to give Attenborough credit for managing such a vast army of actors and extras along with hundreds of planes, tanks, trucks, jeeps…no miniatures and obviously no CG. Not a bad film. It doesn’t meet anyone’s definition of “great” but is certainly approvable. 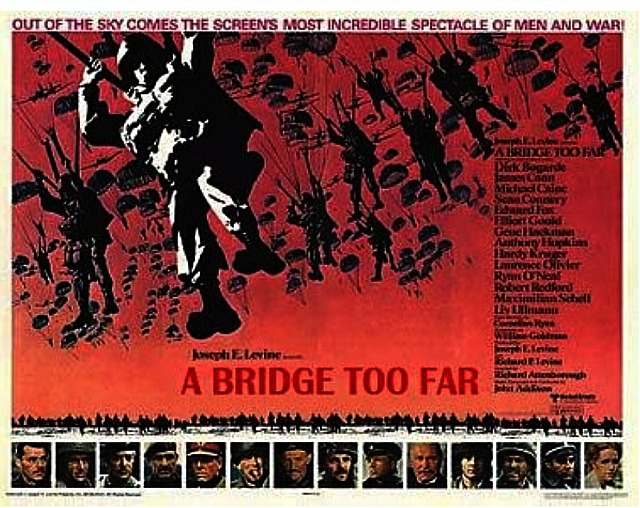