The plug has officially been pulled on Telluride ‘20. I had suspected as much but now it’s fact.

It’s basically the fault of Trump and all those red-state governors who insisted on premature re-openings starting in late April, as well as the millions of young, reckless and entitled who need to party. Infection rates are flat or dropping across the globe but not here. Because rugged individualist Americans need their freedom. This country is a pathetic joke.

The Mountainside Inn, the poor man’s lodging choice for the Telluride Film Festival, wanted to hold onto my money (almost $1700) and roll my reservation forward to 2021. I told them “no thanks” although I would like to reserve for next year. The guy didn’t like hearing this and hung up rather abruptly (“Okay, thanks very much, bye!”) without assuring me that he’d send a cancellation confirmation to my email address.

Last week he told me that in the event of a cancellation they’ll be keeping a handling fee of 8%, or roughly $136.00. Dick move. 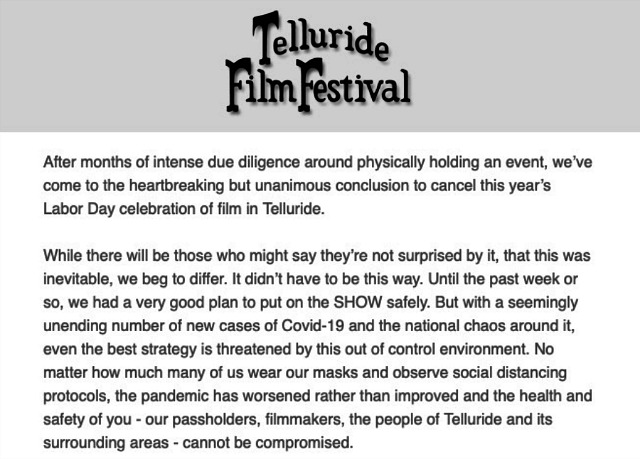 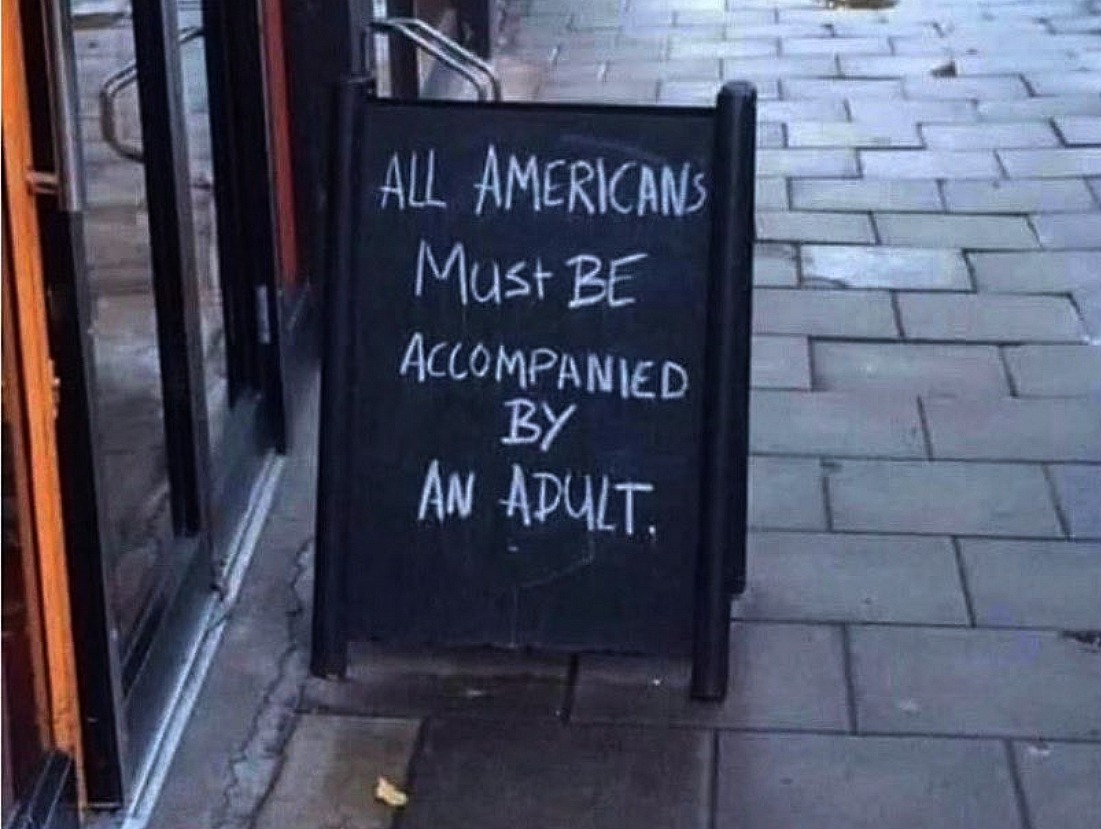 Telluride statement that HE 100% agrees with: “We understand that film festivals and their long-term health are not top of mind today. A safe vaccine, vital medical interventions for those sick and properly enforced health regulations are. However, we do ask that you take this moment to consider a world where gathering around a shared love of culture is no longer possible and what that means for the psychological condition of the world. If the prospect prompts a sense of despair, please advocate and champion the return of our gatherings that provide vital nourishment and oxygen to humanity’s soul, at the appropriate time, of course!”