Thumbs Up But No Real “Review”

N.Y. Times critic Glenn Kenny approves of Rod Lurie‘s The Outpost. He wasn’t obliged either way, of course, but fine. Ands yet his review runs only five paragraphs, and the first two are about the sons of famous guys (the established Scott Eastwood and the wet-behind-the-ears Milo Gibson, James Jagger, Will Attenborough) “who have made their own war films.”

Only paragraphs #3 and #5 offer critical judgments — how an initially commonplace approach evolves into “something more complex and illuminating” and how “two members of the ensemble who are not sons of celebs, Orlando Bloom as a determined commander and Caleb Landry Jones as a wound-up specialist, also deliver near-career-high performances.”

I’m blaming Kenny’s editor. Kenny has never shied from perceptive analysis or expanding on odd critical tangents, so the editor must have said “sorry, Glenn, but we’re short on print space and have to cut it down to five graphs.

Best sentence: “James Jagger’s father, Mick, while more a stage than screen figure, sometimes still sings of riding a tank and holding a general’s rank.” Not to mention “while the blitzkrieg raged and the bodies stank.” 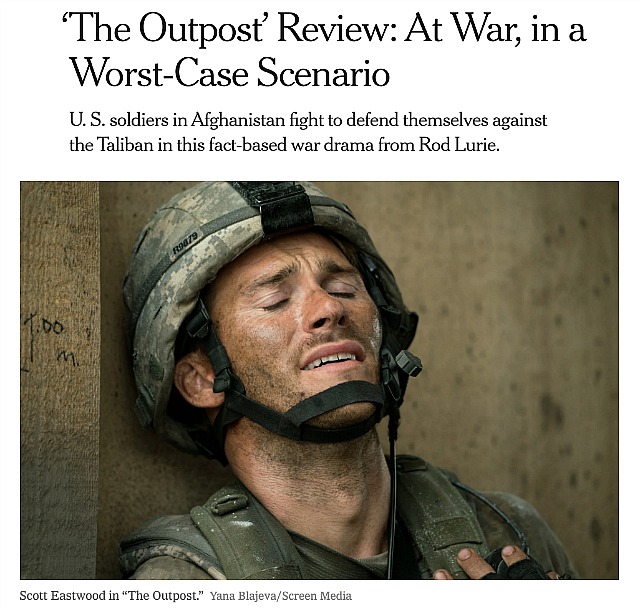