Julia Marchese has a “friend” who’s “never seen a classic black and white film before”? And she wants suggestions about what b&w classics she could show this person, who’s almost certainly a Millennial or a Zoomer? First, make sure that the film is an HD or Bluray-quality presentation. And second, show him/her Out of the Past, The Train, Cold War, Dr. Strangelove, High Noon, Treasure of the Sierra Madre, On The Waterfront, Schindler’s List, Manhattan, Stardust Memories or The Hustler.

On second thought forget the whole idea. Anyone who’s reached the ripe old age of 22, 26 or 30 without having watched a single black-and-white film has probably avoided a lot of other things that might expand their vistas (books, plays, museums, travel, peyote buttons). I would guess, in fact, that they’re almost certainly lacking in basic curiosity about God knows how many other aspects of life on planet earth.

In short, their future is mapped out. They can’t be helped. They’ll never attain enlightenment. They’re a lost cause. 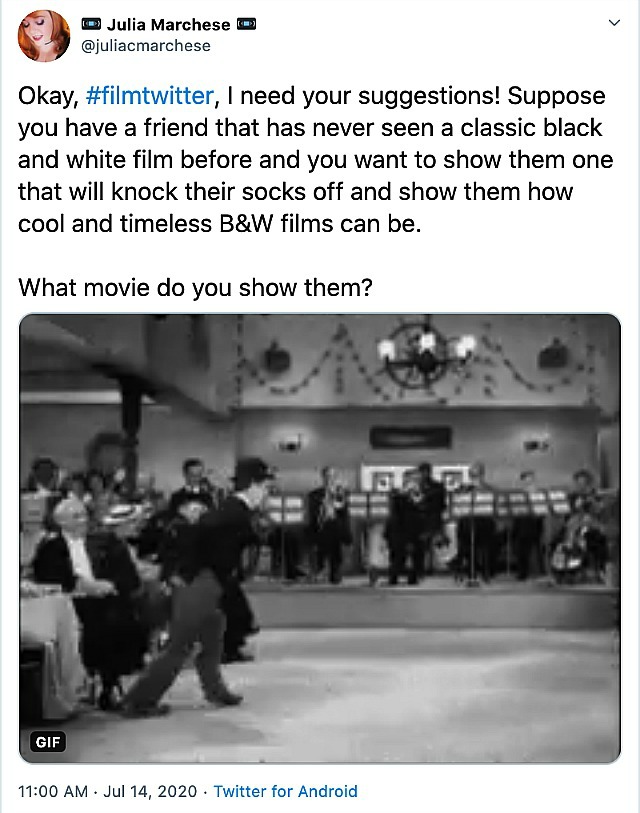