At Odds With Itself

Her perceptions about this brilliant (if conflicted) family melodrama are joyously spot-on. My immediate reaction was “say what you will about Kael’s occasionally skewed perceptions, but she sure saw right through this film…in fact, she saw what this film was with more clarity than the people who wrote it.”

Before reading her piece, consider a Hud riff that I posted 11 months ago. It recalled how Martin Ritt‘s 1963 classic, written by Irving Ravetch and Harriet Frank, Jr., was intended as a solemn moralistic drama about a selfish, snarly human being (Paul Newman‘s titular character), but ended up being enjoyed and even admired because of the charms of said shitheel.

The below excerpt from a 2003 conversation with Ravetch and Frank. Michigan Quarterly Review‘s William Baer explains the basics.

Baer: “Well, Hud was certainly a unique picture in many ways, but, most significantly, it dared to portray a central character who was a pure bastard, and who remained totally unredeemed and unrepentant at the end of the picture.”

Ravetch: “Yes, we sensed a change in American society back then. We felt that the country was gradually moving into a kind of self-absorption, and indulgence, and greed. Which, of course, fully blossomed in the ’80s and ’90s. So we made Hud a greedy, self-absorbed man, who ruthlessly strives for things, and gains a lot materially, but really loses everything that’s important. But he doesn’t care. He’s still unrepentant.

Frank: “In our society, there’s always been a fascination with the ‘charming’ villain, and we wanted to say that if something’s corrupt, it’s still corrupt, no matter how charming it might seem. Even if it’s Paul Newman with his beautiful blue eyes. But things didn’t work out like we planned.

Ravetch: “Yes, it did, and it was a terrible shock to all of us. Here’s a man who tries to rape his housekeeper, who wants to sell poisoned cattle to his neighbors, and who stops at nothing to take control of his father’s property. And all the time, he’s completely unrepentant. Then, at the first screenings, the preview cards asked the audiences, ‘Which character did you most admire?’ and many of them answered ‘Hud.’ We were completely astonished. Obviously, audiences loved Hud, and it sent us into a tailspin. The whole point of all our work on that picture was apparently undone because Paul was so charismatic.”

Here are the first three pages of Kael’s article — here’s a link to the whole thing. 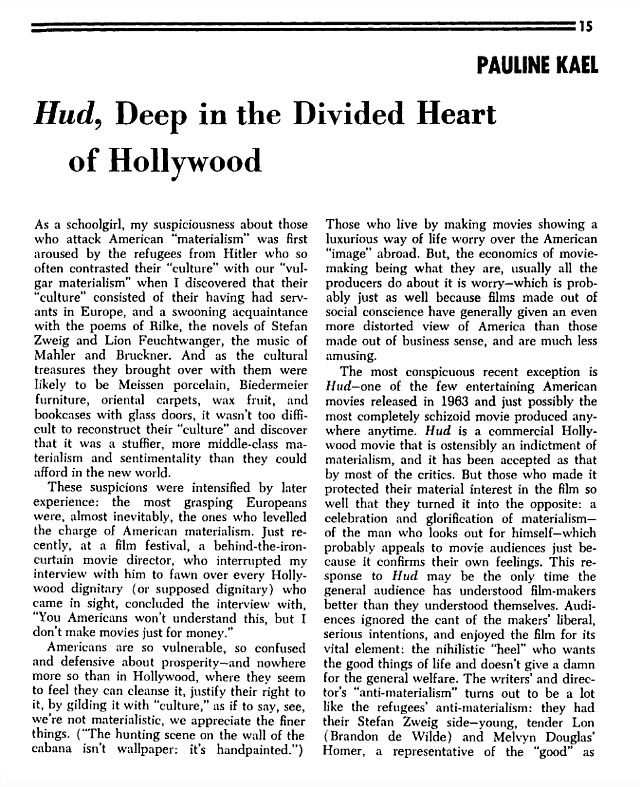 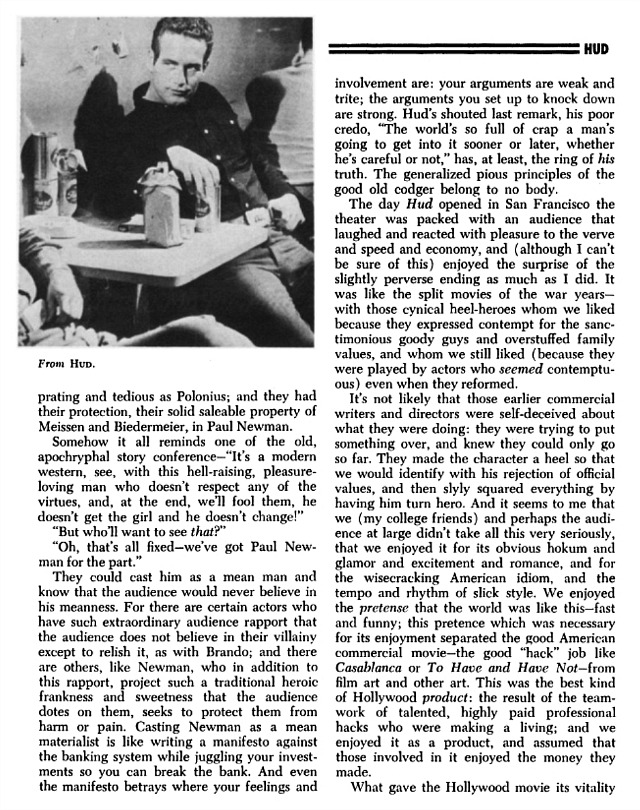 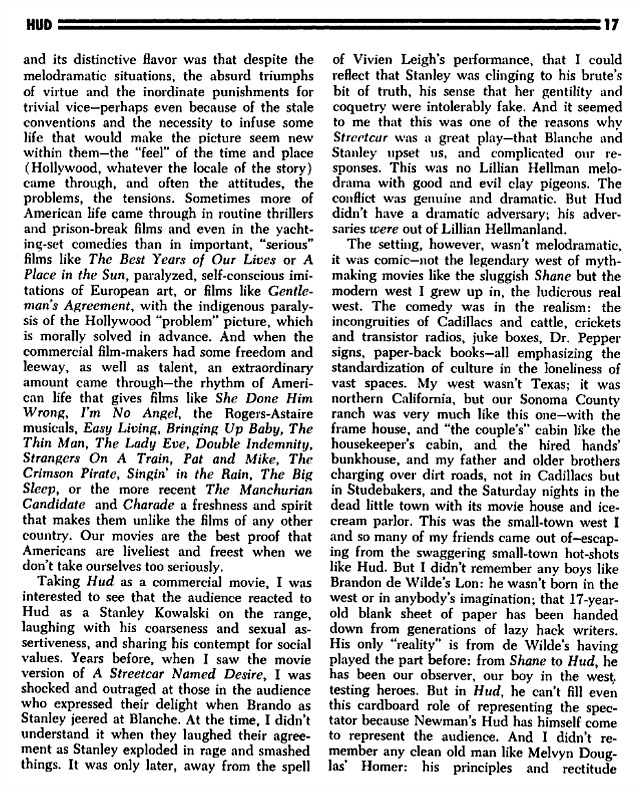