I’m not suggesting that New Yorker film critic Richard Brody is the same kind of influential powerhouse that Pauline Kael (also a New Yorker-ite) was back in the ’70s and ’80s.

And yet earlier today a friend suggested that Brody, known for his exacting, headstrong, occasionally-composed-on-the-planet-Trafalmadore reviews, has become a Pauline-like figure. Not by design but because so many critics, he feels, are taken with Brody’s vigorous, high-toned film essays, as in “I have my own, very special way of looking at things!”

It started with a discussion of the recent Mank pushback. “I’ve been catching bits and pieces of the Mank anti-hype (the Kael thing, Oldman’s too old, etc.),” he said, “and it just seems as if the film is being demonized for…existing. It’s this year’s Movie We’re Not Supposed To Attack And So We’re Attacking It To Show Our Power.

The Kael followers of yore (David Edelstein, Stephen Schiff, Elvis Mitchell) were referred to as “Paulettes.” Could the Brody bunch be called “Brody-kins“?

“It’s all a one-upmanship game,” the friend continued. “Within a series of incredibly rigid — and, to me, tone-deaf — tastes (to the enlightened, Beanpole is a greater movie than Saving Private Ryan, whereas I thought it was trash), everyone is jockeying with everyone else to be the coolest, hippest, smartest, most exquisitely outré, and (of course) most anti-corporate, which means that you put a mainstream movie on your list at your peril.

“In a word, it’s all a big lie. Just like Tony and Manohla’s ’25 Greatest Women + People of Color Who Are Actors’ list.”

Nolan: [My reaction was one of] disbelief. Especially the way in which they did it. There’s such controversy around it, because they didn’t tell anyone. In 2021, they’ve got some of the top filmmakers in the world…they’ve got some of the biggest stars in the world who worked for years in some cases on these projects very close to their hearts that are meant to be big-screen experiences. They’re meant to be out there for the widest possible audiences…and now they’re being used as a loss-leader for the streaming service — for a fledgling streaming service — without any consultation.

“So there’s a lot of controversy. It’s very, very, very, very messy. A real bait-and-switch. Yeah, it’s sort of not how you treat filmmakers and stars and people who…[I mean] these guys have given a lot for these projects. They deserved to be consulted and spoken to about what was going to happen to their work.”

I may be wrong, but Francis Lee‘s Ammonite (Lionsgate, 1.21) seems to have lost its footing in the award-season conversation. One reason is that roughly a third of critics have found it wanting in one way or another. Another, I’m telling myself, is that a couple of months ago star Kate Winslet generated accusations of award-season opportunism by trashing the innocent Woody Allen, her director in the reasonably decent Wonder Wheel (’17).

One of the problems, he writes, is that “we may have already seen almost all the big contenders.”A possible solution, he says, may come from Sundance ’21. Excerpt: “With Sundance taking place (largely virtually) at the end of January and Oscar qualifying extending to the end of February, a film or a couple of films could take Sundance by storm, schedule an immediate qualifying run, ride that burst of momentum to Oscar nominations and invigorate the race.”

HE to Pond: Sundance movies don’t take anything “by storm” any more. The days of Park City knockouts like An Education, Margin Call, West of Memphis, Manchester By The Sea and Call Me By Your Name bursting out of Sundance and reverberating all over the culture are over.

Three or four years ago Sundance transformed itself into a Khmer Rouge snow camp — a feminist-POC-LGBTQ wokey-woke forum for Millennial and Zoomer-favored Sundance head-trip flicks — films that will be streamed down the road by people who believe in the Sundance brand, but which will be mostly ignored by everyone except the Gotham and Spirit award nominators, and perhaps not even those guys. 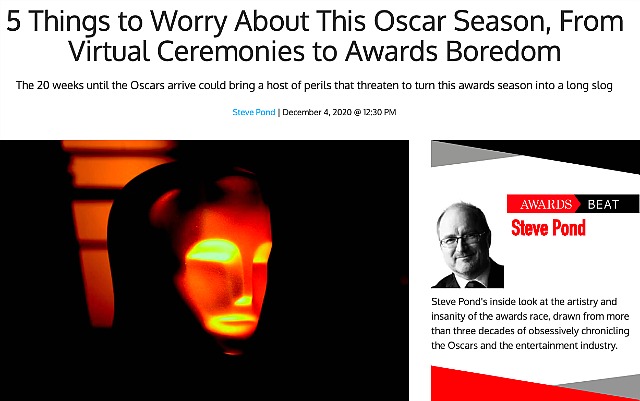 If 17th Century poet John Milton had somehow joined Tatiana for a Runyon Canyon hike this morning, he might have said “long is the way and hard, that out of hell leads up to light.” 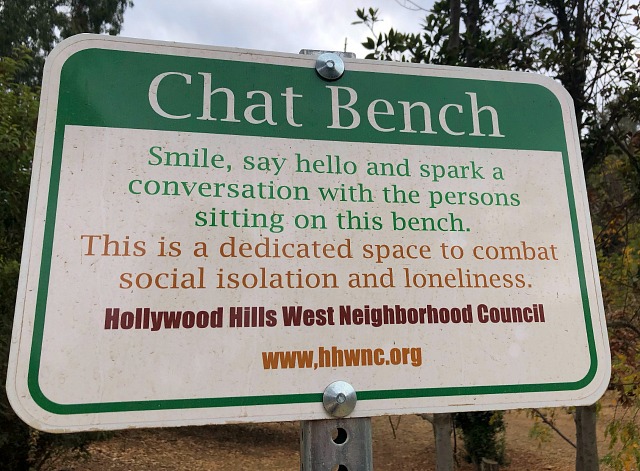 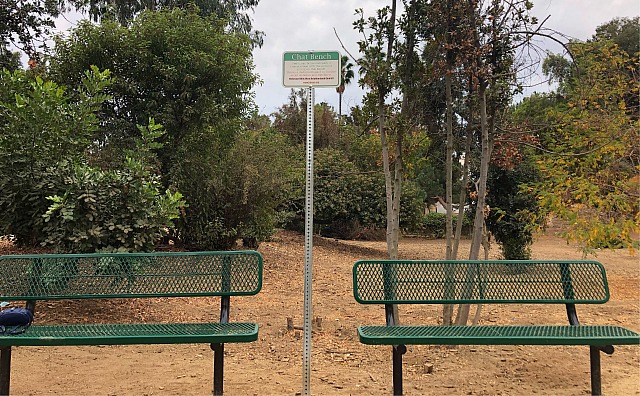 This Carey Mulligan closeup is from Emerald Fennell‘s Promising Young Woman (Focus Features 12.25), which I highly approve of for the most part. I’m presuming that Mulligan is wearing a wig, but maybe not. Either way I haven’t been this taken with an elaborate hair color job in a long, long time. The IMDB says credit belongs to key hair stylist Bryson Conley and hair department head Daniel Curet. 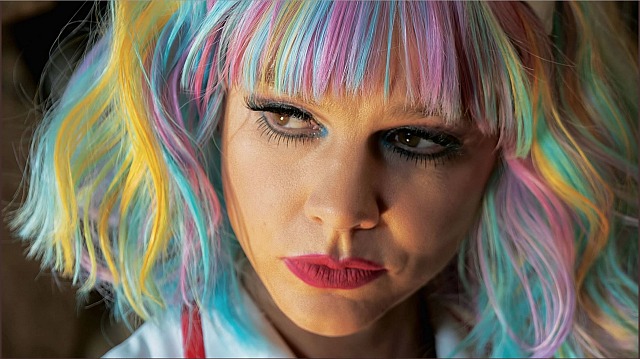 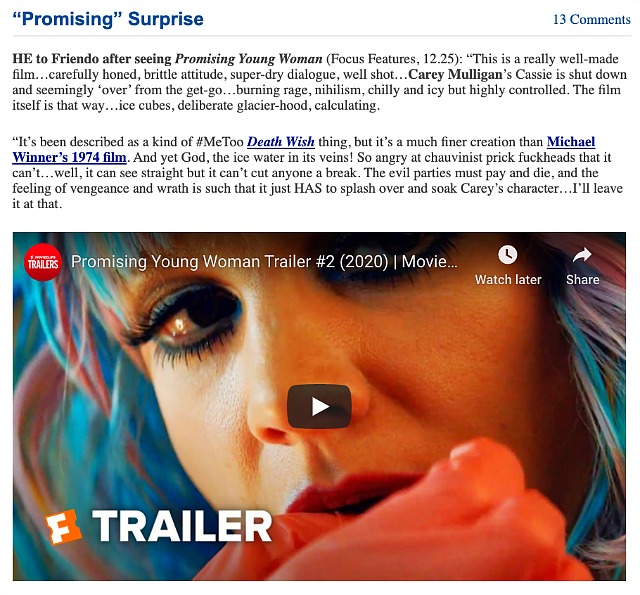 Yesterday I finally saw a good portion of Steve McQueen‘s “Small Axe” quintet — specifically Mangrove, Red White and Blue and Lover’s Rock. (I’ve yet to watch Alex Wheatle, which I’m been told is the least of the five, and Education.) I was delighted to be finally sinking into the Big Three. McQueen is such a masterful filmmaker. He elevates material simply by focusing, framing and sharpening. His eye (visual choices) and sense of rhythm are impeccable. This, I was muttering to myself, is ace-level filmmaking….this is what it’s all about.

I was hugely impressed by all three, but especially by Mangrove, a gripping, well-throttled political drama which echoes and parallels Aaron Sorkin‘s Trial of the Chicago 7.

Both are about (a) landmark trials involving police brutality in the general time frame of the late ’60s and early ’70s, (b) activist defendants and flame-fanning media coverage, (c) an imperious, disapproving judge (Alex Jennings is McQueen’s Frank Langella), (d) a passionate barrister for the defense (Jack Lowden as a kind of British Bill Kuntsler), and (e) a decisive verdict or narrative aftermath that exposed institutional bias.

Racist British cops raided the Mangrove 12 times between January ’69 and July ’70. A “hands off the Mangrove” protest march happened in August ’70. The event ended in violence and the arrests of nine protesters (the “Mangrove Nine”), who were tried in the Old Bailey. They were almost entirely acquitted of all charges.

The decisive way in which McQueen focuses on Crichlow/Parkes when the jury verdicts are finally read — staying on him, never cutting away, drilling down on the feeling — is one of the most riveting courtroom shots I’ve ever seen.

I was saying to myself that if Mangrove was a Best Picture contender, it would absolutely be right at the top of my list. Actually it is at the top of my list, except Amazon hasn’t categorized any of the “Small Axe” films (which were aired as a British miniseries) as features, and is aiming them, award-wise, at Emmy voters. But Mangrove is easily good enough to stand alongside Nomadland, Mank, Trial of the Chicago 7 and any other highly-rated 2020 film you might want to celebrate.

Mangrove is a major, grade-A motion picture — angrily alive, emotionally and atmospherically vibrant and urgent, heartfelt and rooted in real-deal history and hurt. And yet Amazon has decided, for reasons that no doubt make sense from a certain perspective, that it doesn’t belong the Best Picture competish. For me Mangrove is the second major 2020 film that warrants the top prize but which no one will be considering, the other being Roman Polanski‘s J’Accuse (i.e., An Officer and a Spy), which I saw earlier this year and went totally nuts for.

Mangrove currently has a 98% Rotten Tomato4es score, and a 90% score on Metacritic. 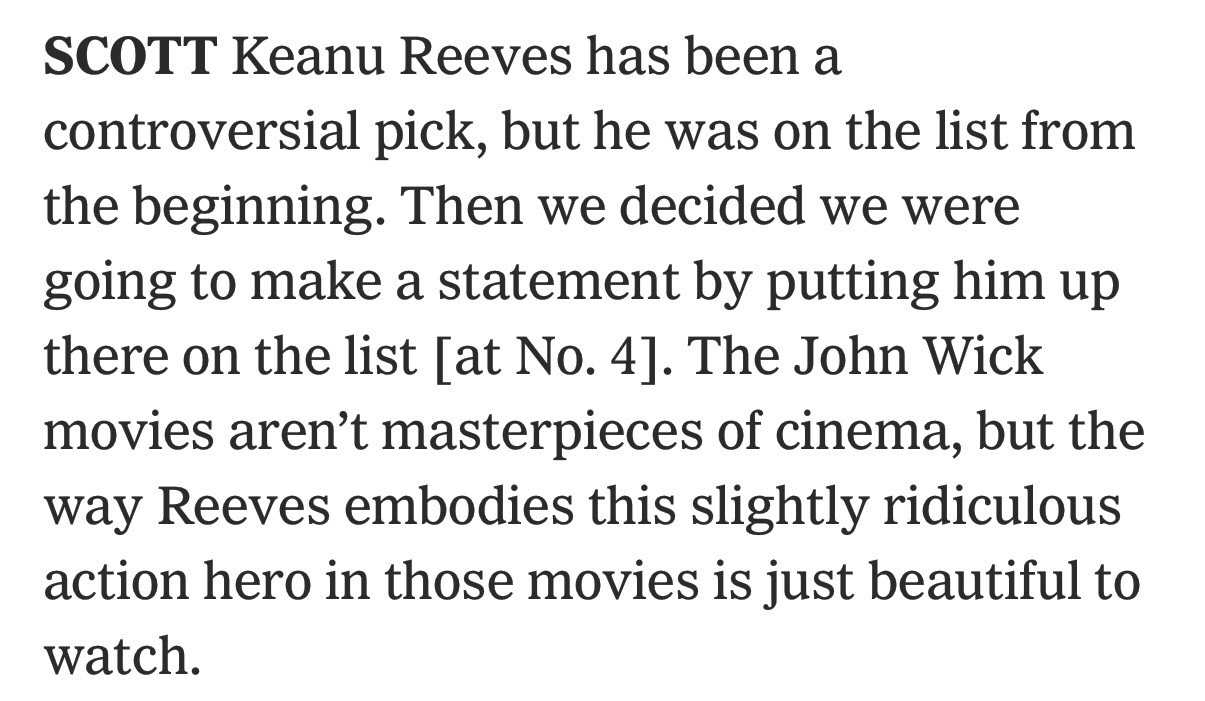