The best known is Paul Manafort, that slippery eel of a double-dealing international operator who lied and finagled on Trump’s behalf while serving as his campaign chairman from June to August 2016, and who was investigated, prosecuted and jailed by Robert Mueller and his team.

The key question, of course, is how will Trump manage to pardon himself? 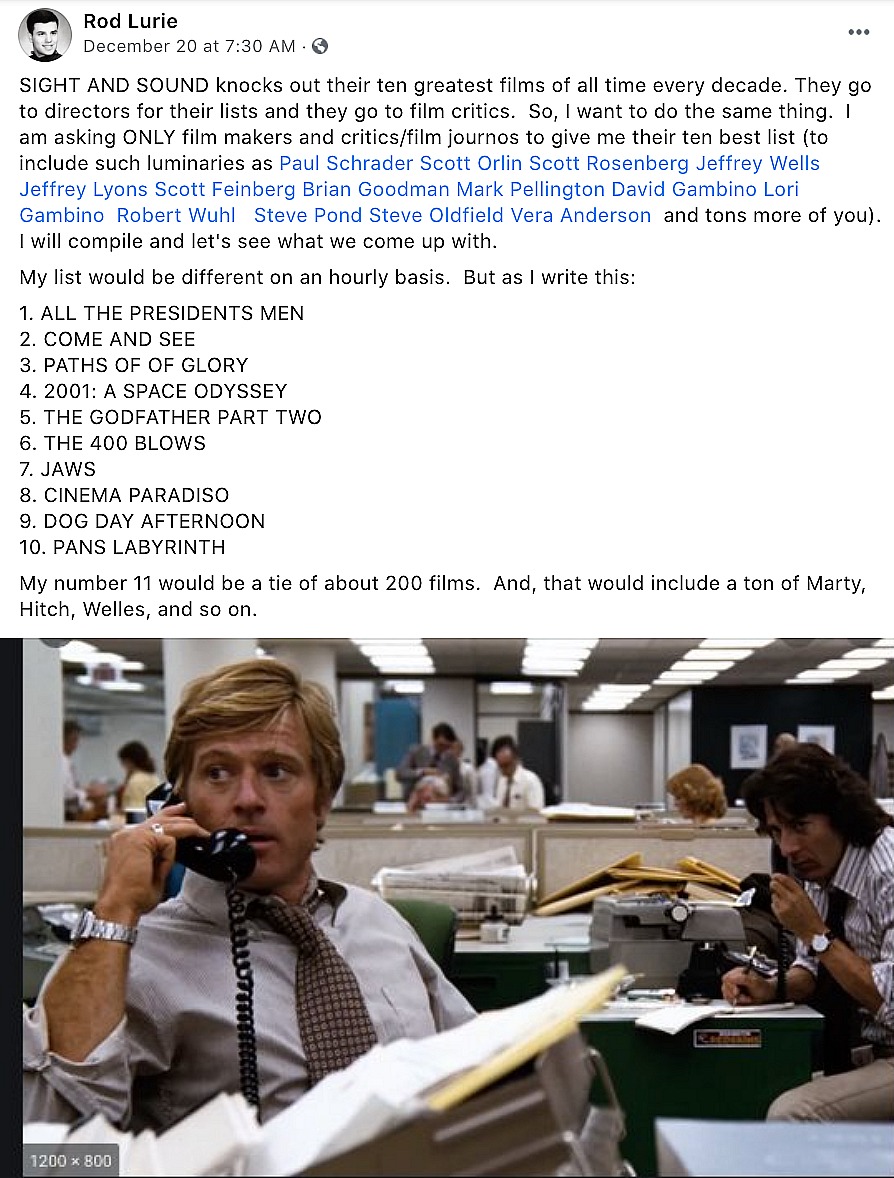 Chris Nolan‘s Tenet has been streaming and on 4k Bluray for eight days now. I’ve watched it with subtitles one and a half times so far, and there’s no question it plays much more coherently (and certainly less problematically) this way. But you know what? It tickles and taunts more than it adds up. It still doesn’t make a whole lot of basic sense. I’m sorry but that’s a fact.

I loved the audacious, ahead-of-the-curve, first-time-ever freshness of Tenet when I saw it on a big screen in Flagstaff on Friday, 9.4, but maybe I was extra-enthused because I was so happy to watch a film in a theatre again.

I still love the inverted/backwards shit (especially during that dazzling 747 airport sequence) but the charm of that gimmick has fallen away pretty sharply, you bet.

I only know that subtitles doesn’t really solve the basic Tenet problem, which is the arrogant Nolan himself. I loved Dunkirk but now I’m back to thinking he’s an infuriating filmmaker — a guy whose films will always tax my patience (unless he makes another based-on-history film). It’s a tragedy to know deep down that Nolan will never make a film as engaging as Memento again.

I didn’t realize how badly Tenet was flunking across the board until I read a 12.18 Facebook review by Nick “Action Man” Clement, who is easily the kindest, most obliging, most turn-the-other-cheek reviewer of mainstream commercial films on the planet earth, and certainly since the 2.25.20 death of the big-hearted F.X. Feeney.

Clement’s basic deal is to bend over backwards in order to give a generous coo-coo tongue bath to almost any popcorn flick out there, past or present. It’s not that Clement has no taste, but that he’s unable to suppress the primal love he has for “guy” movies.

So when Clement panned Tenet a few days ago, I went “holy shit….this means something! Nolan has overplayed his ‘too tricky for school’ routine and wound up shoving a cold banana up his ass….if he’s lost Nick Clement, he’s definitely done something wrong.”

1. Overall I thought this was okay – certainly entertaining in the moment but in the end, not up to my expectations. And it makes me sad to report this fact, as I’ve pretty much loved all of Christopher Nolan’s output up until this point. Merely “okay” is not what I expect from this filmmaker. The Prestige and Interstellar remain my two favorites, Dunkirk was exceptional, and massive The Dark Knight Rises and Inception POWER. But this felt miscalculated.

“Mississippi Queen “has just everything you need to make it a winner. You’ve got the Chris Walken cowbell**, the riff is pretty damn good, and it sounds incredible. It feels like it wants to jump out of your car radio. To me, it sounds like a big, thick milkshake. It’s rich and chocolatey. Who doesn’t love that?” — The late Leslie West to Guitar Player‘s Joe Bosso, posted on 8.31.20.

Mountain (West, bassist and vocalist Felix Pappalardi, keyboardist Steve Knight, drummer N. D. Smart) lasted from ’70 to ’72. It wasn’t about metal but old-style hard rock. Metal didn’t really kick in until ’73 or thereabouts. It was fully established by the mid ’70s.

Quarters are still worth carrying around, but nickles and dimes are almost like pennies now. It was sometime in the mid ’70s or certainly the early ’80s when I resolved to never put another penny in my pocket. If a merchant gives me a dime or a nickel I’ll throw them into this pewter cup that my mother bequeathed. Five, tens, twenties, fifties and hundreds will probably hang in there another decade or two, but it won’t be long before $1 dollar notes will be retired.

My grandfather once showed me a $500 bill — let me hold it and everything. I like carrying Kennedy half dollars around. I always have eight or ten of them in my front pockets. 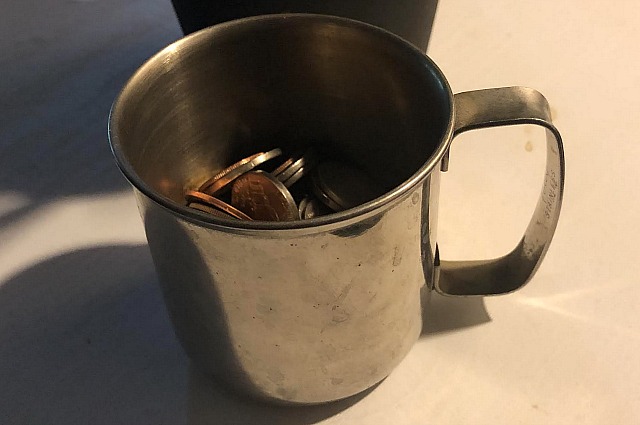 8 Comments
“Now I Gotta Turn My Back”

“Unless Loeffler and Perdue lose the Georgia runoffs, in which case a more sizable stimulus will probably be passed sometime in late January or early February.” 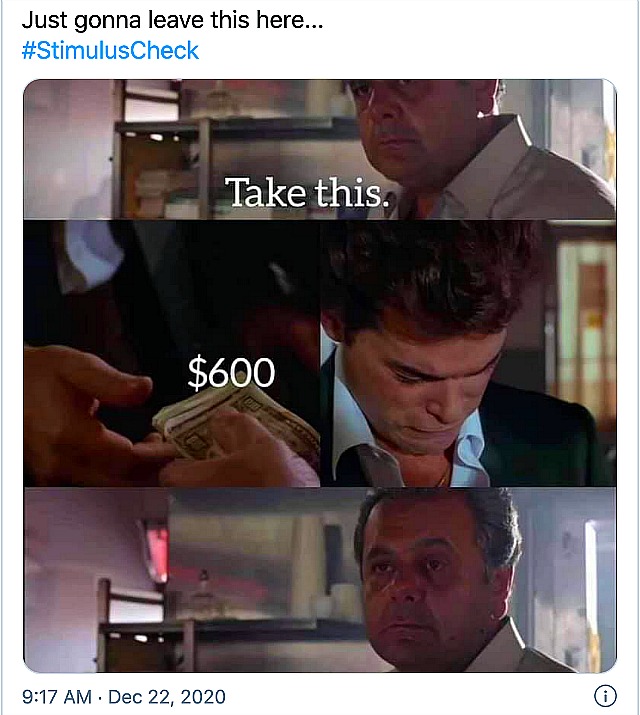 Today feels like Saturday. Or like Friday, 12.25, will probably feel. What’s the difference? There are no weekends, no holidays…life is an eternal flatline. Okay, sorry, too downerish…it’s not an eternal flatline. Life is a festival of joy. Seriously, at least Orange Plague is history.